History isn't just the story of bad people doing bad things. It's quite as much a story of people trying to do good things. But somehow, something goes wrong. C. S. Lewis link 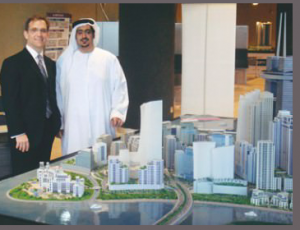 Sutton Turner, formerly of Mars Hill, sent me an email and asked me to post the following information about the dismissal of the RICO lawsuit against Mars Hill. It is no secret to anyone on this blog that The Deebs believe that Mars Hill Church, under the direction of Mark Driscoll and men like Sutton Turner, was a poor excuse for a church that dared to invoke the name of Jesus Christ.

For those who want to see what Sutton Turner has been up to, this is from his new blog Invest.

Sutton Turner was the executive pastor and an executive elder of Mars Hill Church in Seattle. He spent several years in the business world, working in Texas and the Middle East before God called him to serve at Mars Hill. Turner oversaw the church’s central operations and business functions, including finance, property, media and communications, and technology. He trained and mentored the executive pastors and deacons across all Mars Hill Church locations.

In light of all this, Pastor Sutton would still tell you that his first and most important ministry is right in his home. He has been a husband to Marci for almost two decades, and is dad to Grace, Faye, and Joseph.

In 2008 Sutton Turner (CEO) and Abdulla Saeed Al Qamzi (Managing Director) founded a real estate company in Abu Dhabi, United Arab Emirates. Sutton and Abdulla are pictured here in front of a model of Al Reem Island, a $30 Billion development. This was just one of the many business ventures he had the privilege to undertake and execute. During this time, he had the incredible opportunity of living as a Bible-believing, Jesus-loving Christian. He had employees, friends, and clients who were Muslim with whom he was able to be friends and show Christ’s love in everyday life.

However, I believe it is in keeping with the goals of this blog that we provide our readers with information that we received about Mars Hill.. Therefore, the following information is quoted verbatim from Sutton Turner's email to me. It is our hope that Sutton Turner as well as all of the former leadership from Mars Hill will repent and attempt to reconcile with those thrown under the wheels of the bus formerly known as Mars Hill.

I wanted to follow up and let you know that the Mars Hill RICO lawsuit has now been dismissed. I have shared more details about the lawsuit as well as information on the Global Fund, Board, Unhealthy Culture, ResultSource, executive pay and more in a new blog post: Mars Hill RICO: Dismissed, What’s Next?.

2. The RICO lawsuit lodged against former Mars Hill Executive Elders, Sutton Turner and Mark Driscoll has now been dismissed by the court.

3. The 42-page public complaint was filed without the means to complete the litigation, causing significant damage to the reputation and business career of Sutton Turner.

3. In an effort to help others heal and other leaders learn, Sutton Turner has provided more details of his experience at Mars Hill Church. He was previously restricted from sharing some of this information.

4. One pressing question, “How much money given to Mars Hill’s Global Fund actually went to church planting and evangelical efforts in Ethiopia and India compared to funding church planting in the U.S.?” has now been answered.

5. Sutton Turner says he plans to meet with some of the former members and staff on his next trip to Seattle. He continues to offer to meet with the plaintiffs in the dismissed lawsuit if they will agree.