“In God we trust, all others we run through NCIC (National Crime Information Center)." link 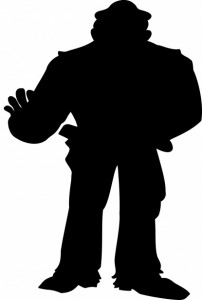 I have been spending the weekend visiting my son in college in Birmingham. I had the most wonderful opportunity to eat lunch with Matt Redmond and his wife. Both of them are incredible human beings and we had much to share about blogging, family, and theology. Suffice to say that Matt is a great in person as he is on his blog, Echoes and Stars. If you haven't read his book, The God of the Mundane. I highly recommend that you do so.

Meeting face to face with folks that I know through the blog is the most incredible, uplifting, fulfilling experience I can imagine. I can only hope that I will be able to meet with many of you in this lifetime. That means more to me than the stories that I write. However, those stories bring you all to this blog and that is wonderful.

I have also had the opportunity of meeting a few folks involved in the Calvary Temple situation. Back in April, we wrote a series of posts on the horrendous situation at this church. If you start with this post and continue sequentially, it will catch you up with the story. Protests continue each week outside the church. TWW celebrates the courage and commitment this group of people have for bringing forth the truth. The following was written by a former member of Calvary Temple and will get you up to date with the current situation. This story is told in their own words with some formatting by me.

Recent events concerning Calvary Temple, in Sterling Virginia, have generated two additional articles in the Loudoun Times Mirror along with an editorial by the editors of the newspaper.

(FYI-Calvary Temple has an annual car show to attract people to the church.)

In preparation for the end of the summer car show put on by Calvary Temple, a number of protestors went to a local fast food restaurant the night before to pass out flyers to the community. Our purpose was to warn of the child sexual abuse allegations against the church. Greer Scott, wife of Calvary Temple pastor Star R Scott, along with 5 or 6 young men from the church, were at the same location passing out their own flyers advertising the show.

At one point during the evening, Greer Scott was inviting a couple to the car show when Gary Foster (a former member of Calvary) approached and asked if they knew of the active investigation for sexual child abuse.

We observed Greer entering the restaurant and shortly after, two managers approached us. They ordered us to stop handing out our flyers on the restaurant property. We pointed out that Calvary Temple was handing out flyers and questioned why they could proceed but we were not permitted to. They responded that a customer had complained and were offended at our flyers. After further discussion, the head manager admitted it was Greer Scott that had complained. They went inside to contact the franchise owner and were told to order CT to cease handing out their flyers. We had already complied but Greer and the young men circumvented the order by spreading their flyers on the windshield of one of their vehicles for those passing by to see.

A detective confirms that the investigation is ongoing

The following day Gary Foster contacted one of the detectives involved in the investigation to confirm if it was still active. After receiving the expected affirmation, we had evidence that the pastor's wife had blatantly lied. Incidents such as this are commonplace when dealing with Calvary Temple leadership and its members. They frequently feel justified in lying and covering up the truth in order to protect themselves and their "reputation". They are willing to circumvent rules and regulations that others must adhere to, seeming to feel they are "above the law". They seem to believe the end justifies the means.

Legal protest at the car show

The event that primarily precipitated the most recent articles in the Loudoun Times Mirror occurred the following day at the car show. A group of us took up our places across the street from Calvary Temple to protest during the car show. On the front of CT property a table was set up with Calvary Temple members wearing "staff" shirts.

At 11:30 AM, one of the "staff" members walked across the street to talk with Gary Foster. It was Sergeant Kevin Robinette of the Loudoun County Sheriff's Office, a long time member of Calvary Temple. He advised us that one of our protestors had been observed removing a poster CT had placed at a nearby intersection (advertising their car show). He advised Gary that if it was not returned within ten minutes, he would report it as a theft of CT property and have the person arrested. Though he was not in uniform, he made sure Gary understood that he is an officer of the law "24/7" and must report any and all violations of the law, whether it be one of us (the protesters) or a member of CT. He repeated "ten minutes" and left.

Gary Foster called the Sheriff's office, explained the situation, and asked if it was illegal for someone to remove a poster from a public street sign. The dispatcher advised she would have an officer in the area call him back which happened within approximately three minutes. Gary relayed the incident to the officer who advised it would only be illegal to remove a poster if it was placed on private property and the owner wanted it to remain. The LCSO officer further stated that if the sign was attached to a public sign on a public thoroughfare, it would not be illegal to remove it.

Gary relayed the information to Sgt Robinette who informed us that neither the dispatcher nor the other officer knew the law. He stated that he had been on the force for 31 years, knew the law, and expected us to return the sign to its place in ten minutes. He again threatened to have our protestor arrested.In the interest of keeping the peace, Gary advised the protestor to return the sign.

The following day we learned that in fact the Calvary Temple signs were illegally placed according to Loudoun County laws as well as Virginia State laws. In addition, the signs in many cases obstructed the view of drivers and created safety concerns. Though Sergeant Robinette was very concerned with the single removal of a CT sign, he was not at all concerned with the actions of Calvary Temple members illegally posting numerous signs.

The ongoing concern has been that given Sergeant Robinette's ties to Calvary Temple, his statements to a community member that the investigation was "smoke and mirrors", his threat of arrest to a protestor, his revealing private and pertinent information concerning the investigation, (of which we were told by the LCSO that Sergeant Robinette had no knowledge) and his apparent role of Calvary Temple resident police officer, there is an obvious conflict of interest. The LCSO has finally requested that the Virginia State police step in and assist in the investigation of child abuse allegations. We are hopeful that progress will be made in bringing charges against any member or leader that has been involved in criminal activity within Calvary Temple of Sterling, Virginia.

It may be of interest to remind our readers of Blogger Tom Rich's lawsuit against FBC Jacksonville. In that situation, a sheriff attended FBC Jax and was involved in helping Pastor Mac Brunson to out the identity of Tom Rich who had been blogging anonymously.  Tom won the lawsuit. We must question the ethics of any officer of the law involving themselves, as representatives of the law, in such disputes between church members.

It is the opinion of TWW that Sergeant Robinette should recuse himself from any dispute between the legal protestors and the church. We ask that the Sheriff's office speak with Sergeant Robinette for allegedly using his badge to intimidate law abiding citizens. I plan to call the Sheriff's office upon my return to Raleigh and I will update this post with any response.