↓
Home Menu ↓
Skip to primary content
Skip to secondary content
"Before God and men I accuse all of you as arsonists, blasphemers, murderers, and ravagers of Christian piety."  Martin Luther link 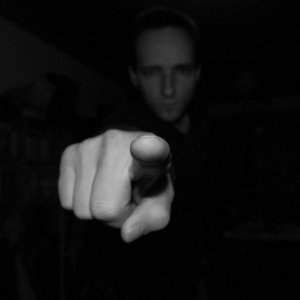 Recently, I read anarticle at TGC called Who Is the Most Dangerous Guy at Your Church? by Erik Raymond. Now, in Raymond's world, the most dangerous guy at his church is the guy who *apparently* knows a lot about the Bible and can effectively argue his position. He is very involved in the church and appears to have it all together. However, he is *unteachable.*

As an aside, why did the writer use the male gender for his example? Why didn't he use the gender neutral "most dangerous person* in the church? Do women not have much to say in his church?

Also, he did not seem to address the possibility that the guy who is annoying him might actually be correct in his critique. For example, if a certain pastor that I know had actually listened to some folks, his church would not have lost so many members. Thankfully Raymond got some pushback from people who questioned if it was actually the pastor who might be threatened by an intelligent person.

However, in spite of all of that, I think that the "most dangerous" part of his post was the following comment.

So I ask you, “Who is the most dangerous guy at your church?”

Here I am not so much aiming at an individual as I am looking at a type of person.

Sure, we all can spot the unbeliever who doesn’t fluently speak the language of Zion, we can identify the person from doctrinally anemic backgrounds because they keep cutting themselves with the sharp knives in the theology drawer, and of course any Calvinist can sniff out an Arminian within 20 seconds.

This is a great example of a Calvinista. If you do not believe like he does, you are a problem. An Arminian is not  the most dangerous person in the church, merely one of the less dangerous people in the church. Could this have been an insult? TWW has been observing a number of pastors and church leaders who believe that they are theologically *correct* and who disrespect those who do not agree with their certified gospel™ interpretations.

As such put downs continue to increase, it was merely a matter of time before the gospel™ dudebros found the need to bless the art of insulting.

He claims that the Book of Acts turns those expectations on their proverbial heads. In order to put forth his argument that insults are actually quite Spirit filled, he discusses an incident from Acts 13: 6-12. I am going to make sure that you read all of the verses because I believe he is  misinterpreting the intent of this passage. I do not think it has anything to do with insults and everything to do with stating a truth with power.

This is from the NIV: Bible Gateway. I have highlighted the actual verses that are quoted by the author.

They traveled through the whole island until they came to Paphos. There they met a Jewish sorcerer and false prophet named Bar-Jesus, who was an attendant of the proconsul, Sergius Paulus. The proconsul, an intelligent man, sent for Barnabas and Saul because he wanted to hear the word of God.

But Elymas the sorcerer (for that is what his name means) opposed them and tried to turn the proconsul from the faith.  Then Saul, who was also called Paul,  filled with the Holy Spirit, looked straight at Elymas and said,  “You are a child of the devil and an enemy of everything that is right! You are full of all kinds of deceit and trickery. Will you never stop perverting the right ways of the Lord? Now the hand of the Lord is against you. You are going to be blind for a time, not even able to see the light of the sun.”

Immediately mist and darkness came over him, and he groped about, seeking someone to lead him by the hand. When the proconsul saw what had happened, he believed, for he was amazed at the teaching about the Lord.

Here is what Rigney had to say about those verses.

In this case, the fruit of the Spirit is name-calling, insults, and harsh words. In this case, Spirit-prompted boldness means not mincing words about the wickedness of this magician.

It seems that Rigney may have overlooked some verses, repeated here.

Now the hand of the Lord is against you. You are going to be blind for a time, not even able to see the light of the sun.

Immediately mist and darkness came over him, and he groped about, seeking someone to lead him by the hand. When the proconsul saw what had happened, he believed, for he was amazed at the teaching about the Lord.

Acts is filled with miracles that occurred to give witness to the power of the Lord as well as to establish the validity of the nascent church.  Paul claimed that the sorcerer was child of the devil. These were not insults but actual statements of fact. Paul followed up his observations about the sorcerer by performing a miracle. The point of the Holy Spirit's act was to demonstrate to the "child of the devil" and Paulus that Christ had power, both over him and the devil to whom Elymas owed his magic.These words of Paul were not insults, merely statements of fact.

However, the author runs with his conjecture that, due to this example, the "Holy Spirit" wants leader types to develop the fine art of the devastating insult. These next statements are not parody even if it seems they are. I will quote directly from the post itself.

1. Faithfulness to Scripture DEMANDS we include the Spirit filled insult.

This is not a suggestion. It is a command.

2. The use of such insults is mainly for pastors and leaders, not the pew sitters.

Apparently, only certain leader types are blessed with the ability to know when and how to use the insult and not come across as a jackass. I guess the author does not know a number of leaders that we have discussed on this blog.

What’s more, for pastors and other Christian leaders, this passage challenges us to discern when this type of speech is appropriate (and even necessary). These words come from an apostle, a leader in the church, and so I don’t think all Christians are necessarily called to speak with such biting words.

3. We non-leaders are obligated to cry out "Amen" when we hear our leaders proclaiming Spirit™ led insults.

I am dead serious.

But this passage doesn’t just challenge pastors and leaders. Even though lay Christians may never be called to speak like Paul does here, they are called to say “Amen” when their leaders do. This means all Christians must learn to recognize worldly apostles and false prophets. And when godly leaders speak the biting truth, we can’t simply cluck our tongues and say, “Easy now. Isn’t the Spirit a spirit of love and kindness? Don’t speak so harshly.”

3. Insults are appropriate when someone is preventing others from hearing the Gospel.

When someone tries to build a wall between people and the gospel, pointed and exposing words are appropriate (and maybe even necessary) to tear it down. If Elymas doesn’t want to hear the gospel, that’s one thing. But when he actively hinders others from hearing and responding, Paul tells the truth.

4. Jesus insulted the Scribes and Pharisees.Therefore, leaders should follow His example.

Rigney compares the Scribes and Pharisees to the sorcerer. Unfortunately, there is a problem here. The Pharisees were recognized leaders of the Jewish faith that went off track. They led people to believe that following the Laws as well as the rules and regulations written by Pharisees would gain them favor with God.

Like Elymas, the Pharisees and scribes are preventing people from entering the kingdom. They keep the hungry from being fed by the Word of God. And so Jesus doesn’t play nice with them. He confronts them head on.

It gets dicey here. At this point, Jesus is going after the religious leaders.

My guess is that Rigney would never, ever insult these leaders since they are in his close knit tribe. So, insulting the Pharisee is not a particularly great example to show support for gospel™ insults since Rigney would most likely never insult one of his own.

TWW believes that you, too, can insult others.

For those of you who want to show love by insulting others, we offer these two resources.Train yourself up and maybe, just maybe, the pastor will let you share you favorite insults with him.

1. Ergo Fabulous offers the insults of Martin Luther. Try these out on your officially designated Pastor of Insults. You will garner respect or be put in discipline for thinking you are allowed to insult others since you are not a pastor. Here is one example.

Your words are so foolishly and ignorantly composed that I cannot believe you understand them.

2. If you want a more modern version of insults, who does it any better than Mark Driscoll? You, too, can show love like Mark Driscoll at The Driscollizer. Here is one example.

You are as popular as a fart in an elevator