“Above all, don't lie to yourself. The man who lies to himself and listens to his own lie comes to a point that he cannot distinguish the truth within him, or around him, and so loses all respect for himself and for others. And having no respect he ceases to love.” ― Fyodor Dostoyevsky, The Brothers Karamazov link 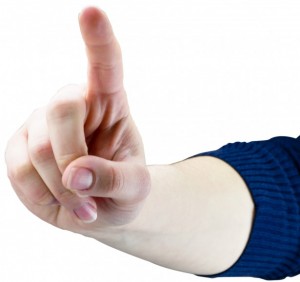 I had planned to write a post today about churches like TVC that trust pedophiles who declare their undying devotion to the gospel.™ However, something more important came up. I may try to post it tomorrow instead.

Last night, I was delighted when Karen told me that she was going to respond to TVC's email which was sent to 6,000 covenant™ members. Karen was deeply disappointed that the email contained a number of factual errors. In fact, she has documentation showing that some of those facts are incorrect.

We have decided that all such documentation will be placed on Amy Smith's blog. So it makes sense for Karen to also place her response there. I want to reassure our readers that Karen, Amy and I are working together to make sure that the information we are making available is accurate, pertinent and relevant to the issues at hand.

I want to stress the following quite clearly. The Village Church has continued their harassment of Karen since her resignation. I found some of the emails and tweets from TVC pastors/elders to be troubling. It is also concerning to me that TVC is trying to find out where Karen is now living. Karen is no longer in Dallas and has begun a new life for herself far from the hounds who are pursuing her. What part of leave her alone don't they get?

The Village Church, and their unusually silent head pastor Matt Chandler, should have ended this nonsense a couple of weeks ago. Had they apologized and let her go on her way, these blog posts and other media would not have had a story. A simple We.Are.Sorry would have made this all go away. But, being one of those authority driven leaders means never having to say you're sorry.

Instead, things are escalating exponentially every day and that is too darn bad and really stupid. This not only reflects on the mothership of Acts 29 which is The Village Church, but it reflects on the entire Acts 29 network which has been embedded with this DNA.

I am posting the opening part of Karen's statement and then will link to Amy Smith's blog so you can read the entire post. Pay close attention to her statements surrounding Jordan's counseling, TVC's financial support of Jordan and Karen, and the supposed desire of Karen to return to the mission field.

Karen's full response appears below in this post. It can also be viewed here at Scribd.

I was shocked by the email The Village Church sent to over 6,000 people on Saturday, May 23rd. When I made the decision to go public in order to expose Jordan Root and The Village Church, I knew I was taking a great deal of personal risk, but I had never imagined that TVC would go to such lengths to deceive their members, silence their critics, and defame my character.

In providing the following commentary on The Village Church’s email, I hope to shed light on the deceptive nature of their communications regarding this matter. You will find that there are many details TVC conveniently left out as well as what I believe to be intentional misrepresentations on their part. Much of the documentation for this commentary was posted along with Amy Smith’s original story on May 20th, (http://watchkeep.blogspot.com/2015/05/she-speaks-village-church-protects.html ) while some of it I am bringing to light for the first time. As you read, I pray that you will ask yourself why the leadership of a church that preaches the Gospel of Jesus Christ would resort to such despicable tactics in their communications.

In the Name of Jesus and for His sake,
Karen Hinkley

Covenant Members of The Village Church,

It is heartbreaking to send this email regarding two Covenant Members of The Village Church, former missionaries Jordan Root and Karen Hinkley (formerly Root), but our hope is set on Christ through it all.

Jordan and Karen have been Covenant Members of The Village Church for three years and were sent out last August by the Dallas campus as missionaries to South Asia through a missionary agency called Serving in Mission (SIM). In December, Jordan confessed that he had viewed online pornography involving children. The Village and SIM were grieved at this news and immediately recalled the Roots from the mission field to further assess the situation and determine the best course of action. SIM, as their employer, began an investigation and notified the police in case Jordan’s actions had legal implications. At the same time, our staff and elders began walking closely with both Jordan and Karen in hopes of working toward their healing and restoration while also dealing with the seriousness of Jordan’s sin, including cooperating with all civil authorities.

This is an example of the way the leaders of The Village Church have repeatedly minimized Jordan’s issues and the nature of his “confession.” I learned that Jordan was viewing child pornography on December 16 after almost three weeks of digging. It had become increasingly clear to me over the previous several months that something was off, but I had no reason to believe that Jordan was capable of lying about something of this magnitude. On Thanksgiving I caught him in an unrelated lie, and I sensed immediately that there was more he was hiding and lying about. I pressed him, and he eventually began what I am calling his "pseudoconfession". He confessed he had masturbated and had accessed nude pictures (of adults) online a handful of times since we had arrived overseas. I felt strongly that there was more to the story and continued to press, but he assured me that there was nothing else.

This began almost three weeks of "pseudorepentance" during which Jordan gave the same "confession" to SIM leadership and The Village Church leadership. He spoke of how relieved he was that the truth was now out and even reported rededicating his life to Jesus at a retreat that weekend. Everyone involved believed in his honesty and repentance, and I so desperately wanted to myself. But I felt a strong conviction that I should keep asking questions, and I did. I persisted in asking questions almost every day over the course of the next three weeks, and on December 16th Jordan's reaction to a question I asked revealed that there was indeed much more to the story. He tried to avoid talking any further that night, but I pressed until he agreed to "tell me the whole story".

That night he admitted to almost ten years of child pornography use that began while he was in college and continued throughout his seminary studies into our dating and engagement. He said that he preferred prepubescent girls ages four and older but that he had seen child pornography involving infants and teenagers as well. He described images and videos he had used in disturbingly graphic detail. He also admitted he had returned to accessing nude pictures of children during our time overseas. When I asked whether his behavior had extended to children he knew in real life, he admitted to having masturbated to thoughts of children in his care. He also described two occasions on which he had been "tempted to molest" children but claimed to have chosen not to.

This case of sin has brought immense damage to a marriage and a ministry. Yet, in the midst of this heartbreaking situation, we have maintained a tremendous love and burden for both Jordan and Karen, for both the offender and offended. Since Jordan and Karen are Covenant Members of The Village who committed themselves to receive the care and protection of our church and elders, we have sought to minister to this brother and sister out of love and biblical commitment.

With regard to Jordan’s care and discipline, we have responded in the two ways that we believe the church should respond with regarding any sin: the blood-bought grace of Jesus for the sinner and the necessary consequences of sin.

There is no condemnation for those in Christ Jesus (Rom. 8:1) and, therefore, no condemnation for Jordan. He has confessed his sin, and through the finished, redemptive work of Christ, Jordan is washed clean of all unrighteousness (1 John 1:9), met with forgiveness and granted fellowship with the body (2 Cor. 2:5-8). With that said, grace and love sometimes take the form of discipline and consequence. Hebrews 12:5-11 reminds us that God’s intent for discipline, as a good and loving Father, is the restoration and holiness of His children. The road of discipline is difficult, but when walked faithfully, there is a good end to it. In light of this, the following are the consequences that came from Jordan’s sin:

Temporary Separation – Upon Jordan and Karen’s return from the mission field, we felt that it was in their best interest to encourage a temporary marital separation, allowing Karen time to heal and Jordan time to walk in repentance. Like any redemptive separation, the hope was that, after an appropriate time of healing and repentance, the married couple would eventually be able to come back together for the sake of pursuing possible reconciliation. While there may be situations that end in the dissolution of a marriage, we always hope for the power of the gospel to bring about a story of forgiveness and reconciliation.

If I had “come back together [with Jordan] for the sake of pursuing possible reconciliation”, I would not have had the option of having the fraudulent marriage annulled. I would have been forced to choose between resuming a marriage to a fraudulent pedophile and pursuing a divorce.