The harder the conflict, the more glorious the triumph.Thomas Paine link 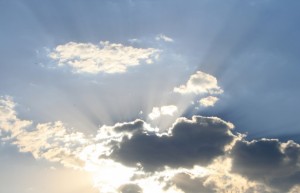 Brad contacted me this morning with his thoughts on Tony Jones and Julie McMahon. Like me, he believes that a solution is possible without resorting to the courts. Both he and I agreed that if lawsuits commence, everyone will lose. TWW has received a number of emails from people who have been holding onto the faith by the skin of their teeth. They have expressed dismay that the Emergent crowd seems no different in their response patterns than conservative evangelicals who have covered up child sex abuse and domestic violence when perpetrated by their friends.

Surely there is a better way than tedious meetings surrounding depositions and trials. Someone must take the bull by the horn and do better than has been done in the past many years.

Brad proposes one possible solution. Boz Tchvidjian and his organization G.R.A.C.E. which focuses on child abuse, but has done other kinds of investigations, such as at Bob Jones University. From their website:

Independent Investigations.
Our team of experts and former prosecutors have a combined experience of over 100 years in addressing child abuse. We are equipped to conduct a thorough and objective investigation of abuse allegations and provide necessary recommendations to your church or Christian organization.

Brad asked me if I thought he should change his approach in the following post. I told him to go with what is meaningful to him since God uses our interests in His service. Besides, I told him that The Lord of the Rings series is in my top 5 favorite books of all time. Brad said he felt like Frodo-not equipped but ready to help. May we all remember that we are part of The Fellowship of Christ and we should be willing to travel through dark times and dangers in His service.

We will take the Ring …

The Council of Rivendell gathers to discuss the fate of Middle-earth, because the threat of Mordor will affect all races. Elrond has stated the problem, various points have been debated, and finally the moment has come to shift from discussion toward solutions. Yet old contentions between dwarves and elves flare up, the representatives of men are unsure they are strong enough to do this, Gandalf tells them the longer they delay the more the power of Mordor grows.

Unexpectedly, from the sidelines, someone who has been watching all along says, “I will take it. I will take the Ring to Mordor … though I do not know the way.”

This is the moment, people on all sides of the Emergent dispute and those in the galleries. Time to shift from arguments and grievances to looking for solutions. We do not know exactly the way forward – but if we cannot resolve this long-standing set of disputes on our own, within the Body of Christ, then we deserve the labels of hypocrite put on us by many “nones” and of self-centered and irrelevant put on us by many “dones.” And we all deserve the meltdown that will come with our failure.

I’m going to suggest that the best move, given the six-year stalemate between the primary people and the periodic Greek choruses of secondary people chiming in for their sides, is to clear the air through hiring G.R.A.C.E. or agreeing to a very similar process.

Look at what Boz Tchividjian and the team at G.R.A.C.E. does: They go into organizations where there are allegations of abuse, and multiple sides, and where distrust reigns. They conduct an independent investigation, interview witnesses, and create a report with recommendations for intervention and future prevention. The report includes a public version plus some private additional recommendations.

In this situation, perhaps mediation would be a recommendation, but when so many facts and interpretations are still in dispute after at least six years, it seems to me that some G.R.A.C.E. now could go a long way to demonstrating mercy to one another later.

I have been following this situation since I first became aware of it in autumn 2009 and it’s my opinion that it is complicated – but also that it can be sorted out. As a research writer on spiritual abuse and toxicity in organizational systems, I’d suggest if it is not sorted out this time around … well … Mordor wins and all of Middle-earth loses. Do we get that?

Will those on both sides consider this possibility of G.R.A.C.E. to get this off of square one and to the possibility of making peace and not talking peace or war? Unfortunately, the mess that’s been made cannot be sent to Mount Doom and “unmade,” but at least we can see to it there is peace-making in the present and hopefully that will change the course of our future.

Finally, I’m no expert in mediations or negotiations, but I do get the reality that someone needs to choose to serve in order to help break a deadlock.

I will offer to serve on a Fellowship that seeks to bring peace, as best as is possible, to all parties in this dispute. I do not know what that commitment might mean, but I do know that if WE ALL do not take this Ring to Mordor, I don’t think we have the credibility to talk about a Kingdom of righteousness and peace … or to suggest much of anything about a relationship with the Prince of Peace.

Will we take the Ring to Mordor … though we do not yet know the way?

And is it worth fighting for?