“I believe when I stand before the Lord God, I’m going to say: ‘Dear God, I violated a policy but I didn’t want to stand before you with blood on my hands,’ Dear God, I did the best I knew how.’” 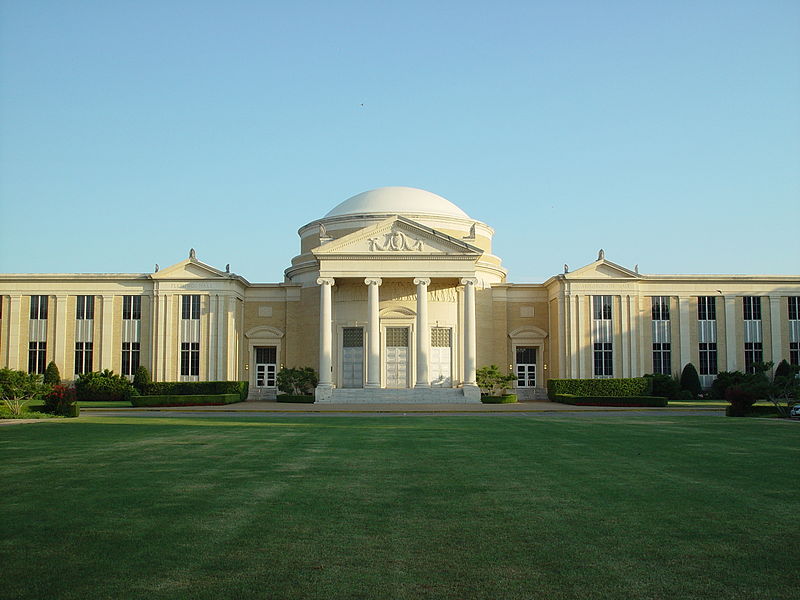 As I watched this segment of the SBC meeting live, the first question (asked at the 3 minute mark) struck me as somewhat odd. In response to Wade Burleson's post on this topic, one of his commenters made some interesting observations (see below).

This is why it all seemed quite staged and insincere to me: I think there were two questions directed to Brother Paige from the floor of the Convention regarding his SWBTS Report. The first was a gentleman asking why SWBTS gives seminary training to non-Christians (atheists, Muslims, etc.) in the SWBTS "prison ministry" where they apparently offer seminary courses to inmates. At the first of his response to that question, I believe that Brother Paige said the man presenting that question was his brother in-law. Regardless, this question gave Brother Paige the opening to explain how SWBTS is justified in providing seminary teaching in prison to professing non-believers because the prison is a secular institution. Therefore, SWBTS is not allowed to provide seminary education in prison without offering it to ALL inmates regardless of their religious affiliation. In the process of providing this ministry they have rejoiced in seeing some inmates come to Christ.

Only then did the second question come from the floor asking Brother Paige why he had allowed a Muslim to register and attend SWBTS "on campus". Does anyone else see where this is going?

The first question regarding SWBTS’s including non-believers in their prison seminary program seemed to muddy the water by comparing apples and oranges; i.e., justifying the offering of seminary courses to non-believers in a secular prison environment where SWBTS has limited administrative control compared to offering it to non-believers on a seminary campus work where the administration and application of policies is totally under the control of SWBTS. The entire sequence of questions to Brother Paige appeared to me to be a very astute political maneuver and well planned in advance thereby undermining any sense of sincerity (to my thinking at least) regarding subsequent statements.

Then came the "apology". I was at first hopeful for witnessing a redemptive heart at work but soon dismayed by what appeared to me to again be a very well rehearsed and planned stage event. I know, I know, I am not able to judge a brother's heart, but God gave us all a brain and hopefully a sense of discernment to guard us from deception and having misled trust. I never heard Brother Paige offer an admission of having done a "wrong". All I heard was a spoken regret saying that if what he did hurt your feelings he was sorry about that, but…. Never a word of apology that "I did wrong and I’m not going to do that again."

Then he expounded (humbly?) to say that even if there was anything done that was in error in some people's mind it was justified by it all having been done to win people to Christ. The end justifies the means sort of thing.

Brother Paige addressed any accusations about his misusing Cooperative Program dollars by saying that no CP dollars were used to finance the Muslim’s tuition but it was done through private grants. What about the facilities where he lives?/The professors salaries who teach him?/The payment of the electric and water bill on campus? THOSE are paid with Cooperative Program dollars in support of all students.

But apparently, as demonstrated by what appeared to be (I was not in attendance but watching on-line) an overwhelming standing ovation following Brother Paige’s explanation, I must be in the minority with my impression of it all. Given that most of us do have the presence of the same Holy Spirit, maybe I better go back to my prayer room.

I greatly appreciated this commenter (RRR) because his remarks caused me to do some digging, as I will share in the remainder of the post.  For clarification, the first gentleman to ask a question was not Paige Patterson's brother-in-law (BIL), as RRR assumed.  In fact, Patterson's BIL is Charles S. (Chuck) Kelley, brother of Dorothy K. Patterson and president of New Orleans Theological Seminary, who had addressed SBC messengers just before Patterson came to the platform.

So who was this first questioner?

He identified himself as Jim Richards of First Baptist Church, Keller, Texas.  I had never heard of him, so I decided to do a Google search.  Have I mentioned lately how much I LOVE the internet?

I immediately discovered the following biographical information about Brother Jim:

Richards' bio can also be found on the SBC Texas website.  It includes the following:

According to a Baptist Press article, the Southern Baptists of Texas Convention (SBTC) has

increased from 120 to nearly 2,100 churches. Since arriving in Texas, Richards has also been a great friend to Southwestern. The SBTC has given many financial gifts to help the seminary train scholars for ministry. A total of $300,000 has been given toward Southwestern’s new chapel.

This BP article, which provided a wrap-up of Southwestern's Fall 2008 Trustee meeting, named the recipients of the L.R. Scarborough Award.

The L.R. Scarborough Award was created in honor of the seminary’s second president. He sustained and furthered the passion for evangelism and missions held by his predecessor, B.H. Carroll. Trustees honored Jack and Barbara MacGorman, Jim and June Richards and John and Virginia Seelig.

Five years before that (June 25, 2003), the Baptist Press published an article entitled Patterson responds 'openly, honestly' in meeting with Southwestern faculty.  Interestingly, this BP article features Jim Richards' remarks on why Patterson would be as asset to SWBTS (he was president of SEBTS at the time).  Here is the pertinent excerpt:

However, in light of Patterson's staunch stance on the authority and truthfulness of the Word of God, Southern Baptists of Texas Convention Executive Director Jim Richards believes Patterson will strengthen the ties between the seminary and the new convention.

"No one has a greater missionary spirit. He has preached and practiced personal involvement in the Great Commission," Richards said. "Denominationally, Dr. Patterson commanded the respect of his peers by being elected twice as president of the Southern Baptist Convention. His accomplishments at Southeastern Baptist Theological Seminary are almost of biblical proportions. I predict a strong working relationship between Southwestern and the Southern Baptists of Texas Convention."

Then on March 27, 2012 Jim Richards was invited to speak in chapel at Southwestern.

A few months later, Richards joined key convention leaders for an informal meeting in New Orleans at Cafe Du Monde, where the Conservative Resurgence was first conceived by Paul Pressler and Paige Patterson.  Remember, the SBC Annual Meeting took place in New Orleans that year, and this gathering immediately preceded it.  Here is a screen shot of that announcement.

Are you getting the picture?  Paige Patterson and Jim Richards have a well-established friendship that spans quite a few years.

And here is the final revelation regarding the friendship of Paige Patterson and Jim Richards.  On Friday (June 20, 2014), Richards' book Revelation:  The Best Is Yet to Come will be released in paperback.  Guess who Richards asked to write the Foreward for his book…

Now let's go back to Jim Richards' question (starting at the 3 minute mark).  Couched in his minute-long query, Richards asked:

Would these tremendous ministries be possible without admitting atheists, Muslims, and other non-Chrisians who meet qualifying academic standards?

Was Richards attempting to mislead the messengers into believing that the Muslim student who had attracted such negative attention leading up to the convention was a student in the Darington Prison College that had been co-established by SWBTS and the Southern Baptists of Texas Convention? Here is a portion of Patterson's response that led me to wonder this.

Unfortunately, it is the case that you cannot discriminate and have a program in prison, and so in our program are atheists and in our program are Muslims and in our program probably are some other things that we’re not fully aware of yet, but we do know that these prisoners will never be out on the streets.  These are folks who are guilty of such heinous crimes that they are there as far as they know forever, and we have no choice we have to admit them to class…

A subsequent question on this matter was posed by 'William', a messenger from Thomasville, Georgia, at the 6-1/2 minute mark.  William stated:

I appreciate your answer to the previous question, but I would like to have a straightforward explanation as to why at your direction the seminary admitted a Muslim student on campus in violation of the seminary’s charter and your admission guidelines.

Of course, it was this request that caused Patterson to shed what appeared to be crocodile tears as he uttered:

I believe when I stand before the Lord God, I’m going to say: ‘Dear God, I violated a policy but I didn’t want to stand before you with blood on my hands,’ Dear God, I did the best I knew how.’

If you have not yet heard Patterson's response to William's inquiry, I would encourage you to watch the video.  It certainly appears that the good 'ole boy network is alive and well in the SBC.

Again, I am grateful to RRR for peaking my interest in discovering just who Brother Jim (Richards) is and how he is connected to Brother Paige.  No wonder so few Southern Baptists bother attending the SBC Annual Meeting.  I believe they are tired of the shenanigans and power plays demonstrated by this tiny portion of the SBC business meeting.