"There may be times when we are powerless to prevent injustice, but there must never be a time when we fail to protest.” ― Elie Wiesel link 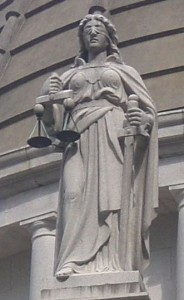 TWW gratefully thanks Leila for attending the appeal hearing. Leila and her family are not involved in the case against SGM.

This write up is based solely on the notes that she took at the proceeding. It should not be taken as verbatim although Leila tried to be as accurate as possible. The appeal was presided over by a three judge panel. They are not expected to release their findings for several months.

Leila also sends out her heartfelt concern for the victims and their families.  Her attendance and quick write up of the appeal speaks to that.

Leila is a regular reader here, and wrote a guest post for us two years ago about her problematic experience with a classical Christian school (of the Doug Wilson model), which her children attended. She lives near the Maryland Court of Special Appeals, and felt it was important to attend the appeal hearing of Jane Doe et al vs Sovereign Grace Ministries, et al, as an interested citizen and in silent support of the victims and their families. Here are her notes from that proceeding.

I am not a lawyer. I took notes as rapidly as I could, but much of the terminology was unfamiliar to me. In my write-up below, I’ve tried to hit what I felt were the more significant points made. Any and all mistakes are my own, and I apologize in advance for my lack of expertise in these matters. I will not review, comment on, or explain any of the original complaint here; what follows are simply my notes on the morning’s appeal hearing.

The hearing was held before a panel of 3 judges, beginning at approximately 10am and lasting less than 45 minutes.

SUSAN BURKE, ATTORNEY FOR THE PLAINTIFFS, WAS UP FIRST:

Judge 1 opens up by asking a question about jurisdiction, and whether or not all 11 claims were dismissed with and/or without prejudice. There is a discussion of whether or not there was no final judgment in the case, because that would affect the standing of the plaintiffs to take it to this level. One of the judges seems concerned that in fact there never was a final judgment decreed. This discussion lasts several minutes. Susan Burke argues why in fact there was final judgment, and the case continues.

Susan Burke states that the issue before the court is this:

In 2011 the conspiracy to cover up sexual predation was discovered and the floodgates of information opened up. Before that time, the defendants were blocked from seeking justice because they did not know about the conspiracy. That is why an appeal should be granted.

If a conspiracy is hidden and victims don’t know of it, the “cause of action” does not begin to run on the clock until the conspiracy is discovered.

Judge (paraphrase): Was that argument made in the lower court?

Susan Burke (paraphrase): A cause of action for conspiracy beings to run at discovery.

Judge (paraphrase): Can you give me case law for this? The conspiracy clock, I believe, begins ticking at the time of victimization.

Susan Burke concludes her initial remarks with this emphatic statement (paraphrase): The issue before this court is a factual issue – that October, 2011, was the discovery of the conspiracy.

Defense Attorney #1 agrees with Plaintiff Attorney Susan Burke about the underlying complaint. It is not about the abuse, it’s about the conspiracy. Defense Attorney #1 claims, however, that it should have been filed sooner. Burke’s argument, he says, is also missing a claim that the 4 counts are viable causes of action – thus they are barred by statute.

Defense Attorney #1 (paraphrase): A conspiracy claim must be tethered to some count that is a cause of action. In this cause, no underlying tort is tethered. The 3-year statute of limitations governs here. The underlying torts well pre-date 3 years prior.

(States his name. I didn’t clearly catch whom he was representing, but I caught the words “Covenant Life” and “pastors.” I assume he is the “et al” referred to in the case title.)

Defense Attorney #2 says the 7-year statute of limitations only applies to claims against perpetrators. Defense Attorney #2 goes on at length about this with supporting arguments and statutes/case law. At the crux of this argument seems to be the statutory language “arising out of.”

SUSAN BURKE, ATTORNEY FOR THE PLAINTIFFS:

At this point, Susan Burke focuses on the 7-year issue and “arising out of” language. Burke says it is very broad. She points out that the legislature was concerned about these ill effects (of child predation); the legislature did not say “you can only sue predators.” If you’re a predation victim, you can sue for claims “arising out of” that – which legally has constantly been interpreted broadly, not narrowly.

Judge (paraphrase): How do you respond to the statement that it’s not tethered to an underlying claim?

Susan Burke (paraphrase): Of the four counts, negligence, emotional distress — they encompass this concept. The lower court’s error was in time linking to the predation.

(Here, Susan Burke managed to slip in that in the recent Morales criminal case, a pastor admitted the conspiracy; she made her point but did not dwell on it. The Morales case has no bearing on the hearing today.)

Susan Burke (paraphrase): The (underlying cause?) clearly rises to at least the level of negligence and emotional distress [2 of the 4 counts], therefore the 2011 discovery is not time-barred.

David Hayward | Artist@nakedpastor
This was a hard one to draw. Not technically, but emotionally. "Victims Dumpster" tells the story of way too many churches who boast great services, music, preaching, and programs, but leave a bunch of victims trashed in the shadows. I don't see you in that dumpster, do I? https://t.co/sLO2COmNx4
11
0