"While remaining resolute in our desire to achieve our stated objectives, in view of the ongoing challenges in leadership change … Bob Jones University hereby notifies GRACE that we are terminating the Nov. 16, 2012, Engagement Agreement for Independent Investigation.  This termination is effective immediately." 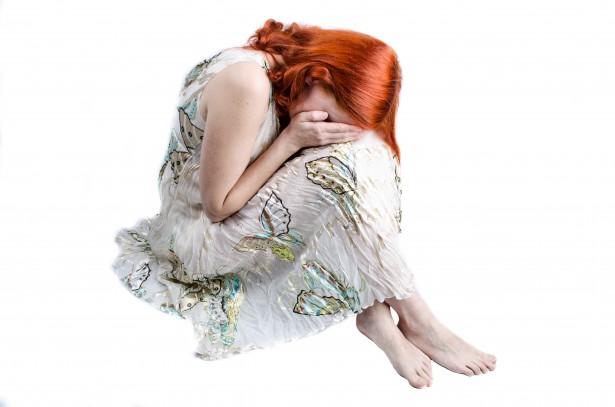 Two years ago we were encouraged by some incredible changes that 'appeared' to be taking place at Bob Jones University (BJU). In a post subtitled Change is Coming! Dee wrote:

It appears, there are some Bob Jones students and alumni who have effectively challenged the status quo by conducting a petition drive and a silent protest. We believe this story is a sign of the times. In fact, just a few short years ago, such an event would never happen. Or, if it had, the participants would have been thrown out of school. College authorities must be getting the message. Any strong-arm tactics will find top billing in the blogosphere. Perhaps this is what the Elephant Room boys are afraid of?

These students effectively used a combination of Facebook and Twitter to get their message out. They were protesting the presence of Chuck Phelps on the Board of Trustees at Bob Jones.

One of the protestors, Christopher Peterman, founded Do Right BJU in October 2011 and also started a Facebook community page by the same name on November 16, 2011.  It appears the protest efforts worked because Chuck Phelps, a proud BJU alumnus, resigned from the BJU board shortly thereafter.

The following April — just days before he was to graduate — Peterman was expelled from BJU.  Here is his testimony:

When BJU took action against Peterman, we wrote a post about it.

Then on November 8, 2012, this announcement appeared on the Do Right BJU Facebook page:

It is with great relief that we announce the hiring of GRACE by Bob Jones University to investigate abuses over the years. It is the result of many prayers and means that BJU has, finally, Done Right.

What does this mean?

It means that anyone affected by abuses that happened to them at BJU or were counseled about at BJU and were not handled well have a neutral party with a solid track record looking into these abuses. It means BJU is releasing control of the process.

This is unprecedented, and we are beyond thrilled.

By all outward appearances, everything was going well with the investigation.  Then without warning BJU abruptly ended its relationship with GRACE.  Here is the 'confidential' termination letter dated January 24, 2014.

As you might imagine, there has been extensive coverage of this recent development with BJU.  Last week Christianity Today published an article entitled Bob Jones University Fires GRACE as Sex Abuse Investigation Nears Completion on its Gleanings website.  Here is an excerpt:

Bob Jones University drew praise in 2012 for proactively investigating allegations of sex abuse and whether the school responded adequately. But approximately one month before the results of the 13-month investigation were due to be published, it has fired the private firm it hired, GRACE (Godly Response to Abuse in the Christian Environment), and requested that the investigation halt and remain confidential.

GRACE, which was similarly fired last February shortly before it could conclude another abuse investigation, revealed the news yesterday on its Facebook page.

"This 'Notice' took GRACE by complete surprise as there had been no prior indications from BJU that termination was even being considered," stated GRACE in a press release. "Furthermore, this termination occurred days before GRACE was to conduct the last interviews of this 13-month investigation and begin drafting the final report scheduled for publication in March."

BJU promptly responded. "Over the last several months, we grew concerned about how GRACE was pursuing our objectives, and on Jan. 27, 2014, BJU terminated its contract with GRACE," the university stated in a press release.

And as you might expect, the startling news has caught the attention of the secular media.   Just yesterday The New York Times published this piece:  Christian School Faulted for Halting Abuse Study.   The article begins as follows:

For decades, students at Bob Jones University who sought counseling for sexual abuse were told not to report it because turning in an abuser from a fundamentalist Christian community would damage Jesus Christ. Administrators called victims liars and sinners.

All of this happened until recently inside the confines of this insular university, according to former students and staff members who said they had high hopes that the Bob Jones brand of counseling would be exposed and reformed after the university hired a Christian consulting group in 2012 to investigate its handling of sexual assaults, many of which occurred long before the students arrived at the university.

Last week, Bob Jones dealt a blow to those hopes, acknowledging that with the investigation more than a year old and nearing completion, the university had fired the consulting group, Godly Response to Abuse in the Christian Environment, or Grace, without warning or explanation. The dismissal has drawn intense criticism from some people with ties to Bob Jones, and prompted some victims and their allies — including many who were interviewed by Grace investigators — to tell their stories publicly for the first time, attracting more attention than ever to the university’s methods.

Last Friday, Stephen Jones, president of the university and great-grandson of its founder, shared his concerns about the investigation with students and employees, explaining:

“We grew concerned that in the process, Grace had begun going beyond the originally outlined intentions.”

Here are his remarks:

Bob Jones III, the grandson of BJU's founder (and Stephen Jones' father), explained on November 15, 2011, that sexual abuse has never gone unreported at BJU (see below).

On December 13, 2013, Dr. Stephen Jones (great grandson of BJU's founder) submitted his resignation as university president to the Board of Trustees.  Apparently, health concerns were a contributing factor.  Bob Jones University's PR blog made the following announcement:

Larry Jackson, chairman of the Bob Jones University Board of Trustees, said the Board accepted his resignation as president effective at the end of Commencement, May 9, 2014.

No doubt there will be much more to come with regard to Bob Jones University and its sudden falling out with Boz Tchividjian / GRACE.  Rest assured we will do our best to keep you updated with any developments.

We leave you with the song that Christopher Peterman mentioned in his interview — Only Grace by Matthew West — that contributed to his expulsion from Bob Jones University.