"There has been serious sin in my life for which God has graciously brought me to repentance. I have confessed my sin to my wife and family, my local church, and the board of Vision Forum Ministries.  I engaged in a lengthy, inappropriate relationship with a woman. While we did not “know” each other in a Biblical sense, it was nevertheless inappropriately romantic and affectionate." 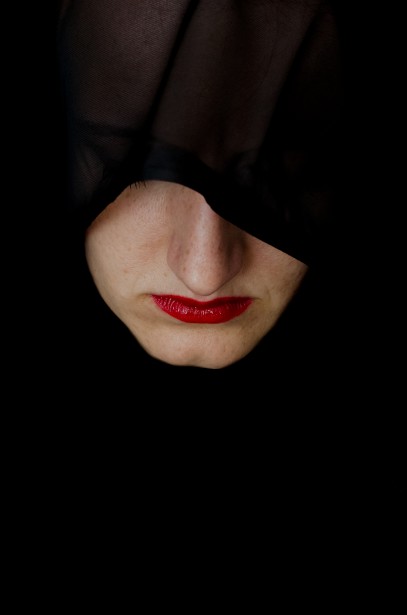 The internet is abuzz with news of Doug Phillips' resignation from Vision Forum Ministries.  Our investigation into Phillips began over five years ago (before we launched TWW).  Dee and I were greatly concerned about the harm that was being done within the patriarchy movement, and whenever we would do research Doug Phillips' name would usually show up.

I was particularly interested in investigating him because of my stint of homeschooling.  In the mid 1990s I began teaching my young daughters at home, and I attended our state homeschooling conference three years in a row.  The last year I went (1998), Doug Phillips was the keynote speaker.  I had never heard of him, but I remember his message being patriotic and pro-family, which I found extremely appealing.  It was later that same year that Doug Phillips began Vision Forum, Inc. — not to be confused with Vision Forum Ministries, which was subsequently established.

The About Vision Forum page states:

While the family is under attack from every side today, God's sufficient Word provides clear direction and hope to rebuild the family, and it is our goal at Vision Forum to promote courageous fatherhood, noble motherhood, virtuous boyhood and girlhood through vision-casting discipleship tools that teach, equip, and inspire. Whether you are a father who desires to better lead your family, a homeschooling mother who is looking for Biblically-based curriculum choices, or a grandparent, child or young person who desires encouragement in your Christian walk, we have something for you.

For those of you who are unfamiliar with homeschooling, the bookstores at the annual conferences are BIG BUSINESS.  Vendors of homeschooling curriculums and other items rent space and set up shop for several days.  Lots and lots of books and merchandise are purchased by homeschooling families.  Some of the vendors also have catalog businesses, like that of Vision Forum, so homeschooling families can purchase items throughout the year.  I used to receive the Vision Forum catalog in the mail on a regular basis, even after I stopped homeschooling.  With the internet age, these vendors can market their merchandise online.  Here is the Vision Forum, Inc. website.  This is perhaps one of the primary ways that Phillips has been supporting his family for the last fifteen years.

With that background information out of the way, we want to share our concerns about Doug Phillips' sudden announcement (included in its entirety at the end of the post).  Ever since we heard the news, we have been experiencing the Wartburg Tingle, which we liken to our sixth sense.

Why has Doug Phillips extricated himself from Vision Forum Ministries at this moment in time?  We are suspicious that there may be so much more © to this story.

Here are our questions / concerns in the wake of this revelation.

1.  Is the announcement subterfuge?

Phillips wants us to believe this is just an emotional affair – move along, nothing to see here –  but many are not buying it, including your glam blog queens.  This could have been handled quietly; yet Phillips chose to reveal his sin to a watching world.   Why?

2.  Why are there so many stay-at home daughters in this movement who never seem to get married?

Doug Phillips has been extremely vocal about young marriages and quiverful, both of which he strongly endorses; however, there are a number of young women in this movement who are not marrying…  That seems extremely odd…  Phillips and his ilk believe that fathers are supposed to help their daughters find husbands; however, it appears their standards may be too high.  For example, Geoffrey Botkin has two beautiful daughters who are well into their twenties.  They wrote a book when they were teenagers called So Much More which we discussed here.  If young marriages are so strongly advised, then why are there so many young women whose daddies never seem to find them husbands?  The father/daughter relationship appears to be extremely significant in the Vision Forum crowd, as evidenced by the annual Father/Daughter retreat.  Here is the promo clip from two years ago.  Pay close attention to some creepy pictures…

Daughters shaving daddies?   WHO DOES THAT???  What's more concerning is that some well-known Christian leaders spoke at that conference – namely Voddie Baucham, Scott Brown (head of the National Center for Family Integrated Churches), and Geoffrey Botkin and his two daughters who authored So Much More.

3.    Doug Phillips / Vision Forum are not as fringe as you might expect.  Here's why…

Over the years, Doug Phillips has assembled quite a collection of friends and supporters throughout Christendom.  They include:

Having all these Christian friends certainly makes Doug Phillips appear to be above reproach.

4.  Did concerns (financial and otherwise) about the upcoming SAICFF precipitate Phillips' announcement?

The San Antonio Independent Christian Film Festival was started by Doug Phillips in 2004 (link).  It has been held almost every year since 2005.  In recent days, the 2014 festival was postponed, according to the SAICFF website.  Here is the Press Release put out nine days before Doug Phillips resignation from Vision Forum Ministries:

Update Oct. 21, 2013: The Christian Filmmakers Academy and SAICFF for 2014 have been postponed. Due in part to financial concerns and for other reasons, the Board of Vision Forum Ministries is looking to bring greater accountability to our practices and events, and therefore is allowing more time before launching this significant event once again. A relevant issue to address is that though the 2012 SAICFF was a great spiritual victory, lacking the necessary sponsorships it resulted in a significant financial loss. Vision Forum Ministries has maintained a large loss at this event for several years now, but the reality is that a ministry of our size cannot sustain this under the present model.

We believe the Christian Filmmakers Academy and the SAICFF are best executed in conjunction with each other, and that more time is needed to raise and put funds in order to maintain the previous level of excellence. Therefore, both events for 2014 are postponed with the anticipation of opening them again in 2015. Any funds paid in advance for film submissions, Academy participation or SAICFF entree fees will be refunded.

We suspect that this shocking press release had something to do with Doug Phillips' October 30th announcement, and we will continue to 'follow the money' …

One of the individuals who has weighed in about Phillips is Jennifer Epstein, whose blog is called Jen's Gems.  Yesterday she wrote a post in response to Doug Phillips' resignation, and here is a pertinent excerpt:

I was surprised, I suppose naively so, to begin to hear privately from person after person after person who told me stories of abuse by Doug Phillips and how he had threatened to harm their families, their career, and their church life if they did not keep quiet about what had taken place.  Any anecdote or story told within those circles was immediately put into the “gossip” category and was severely dealt with.  Legal means were often employed to keep people quiet.  I heard many stories of men “dressed in black,” carrying pieces (or so I was told), who used mafia-like techniques to make sure any and all stories involving Doug Phillips in any way other than idolizing him were decidedly dealt with, quickly and severely.

And so, when I was threatened with the same types of actions, as I realized how many people cowered in fear for their lives and their families’ lives, I stood up against such tyranny and abuse and fought for freedom from ecclesiastical terror.  Doug Phillips and his cohorts put up multiple websites about me, dedicated solely to attacking my family and me.  Many were outright lies; some were twisted truths, while others were simply about airing my personal “sins” for the whole world to see.  While that was not enough to stop me from telling my story about Doug Phillips truthfully and respectfully, it was enough to stop nearly everyone else from considering telling their stories publicly as well.  As I promised them all so many years ago, I will keep their secrets secret, but it was just all the more reason for me to proclaim to the world that Doug Phillips does not practice what he preaches.  And there is a time and a place to warn people against impending danger.

As you might imagine, we have heard from some who have understandably keep their mouths shut about Doug Phillips due to FEAR.  Jen Epstein in the living example of why people were too scared to talk about serious problems involving Phillips.  If you are not familiar with Jen Epstein, you can begin reading her story here.

Please keep those who have been hurt in your prayers.   Hopefully, some will now have the courage to come forward to share their own stories.

Finally, here is  Doug Phillips' Letter of Resignation just as it appeared on the Vision Forum website.

With thanksgiving to God for His mercy and love, I have stepped down from the office of president at Vision Forum Ministries and have discontinued my speaking responsibilities.

There has been serious sin in my life for which God has graciously brought me to repentance. I have confessed my sin to my wife and family, my local church, and the board of Vision Forum Ministries.  I engaged in a lengthy, inappropriate relationship with a woman. While we did not “know” each other in a Biblical sense, it was nevertheless inappropriately romantic and affectionate.

There are no words to describe the magnitude of shame I feel, or grief from the injury I caused my beloved bride and children, both of whom have responded to my repentance with what seems a supernatural love and forgiveness. I thought too highly of myself and behaved without proper accountability. I have acted grievously before the Lord, in a destructive manner hypocritical of life messages I hold dear, inappropriate for a leader, abusive of the trust that I was given, and hurtful to family and friends. My church leadership came alongside me with love and admonition, providing counsel, strong direction and accountability. Where I have directly wronged others, I confessed and repented. I am still in the process of trying to seek reconciliation privately with people I have injured, and to be aware of ways in which my own selfishness has hurt family and friends. I am most sensitive to the fact that my actions have dishonored the living God and been shameful to the name of Jesus Christ, my only hope and Savior.

This is a time when my repentance needs to be proven, and I need to lead a quiet life focusing on my family and serving as a foot soldier, not a ministry leader. Though I am broken over my failures, I am grateful to be able to spend more time with my family, nurturing my wife and children and preparing my older sons and daughters for life. So, for these reasons I want to let my friends know that I have stepped down as a board member and as president of Vision Forum Ministries. The Board will be making provision for the management of the ministry during this time. To the friends of this ministry, I ask for your forgiveness, and hope that you will pray for the Phillips family at this time, and for the men who will be responsible for shepherding the work of Vision Forum Ministries in the future.