"‘Thus says the Lord God, “Woe, shepherds of Israel who have been feeding themselves! Should not the shepherds feed the flock? You eat the fat and clothe yourselves with the wool, you slaughter the fat sheep without feeding the flock. Those who are sickly you have not strengthened, the diseased you have not healed, the broken you have not bound up, the scattered you have not brought back, nor have you sought for the lost; but with force and with severity you have dominated them." 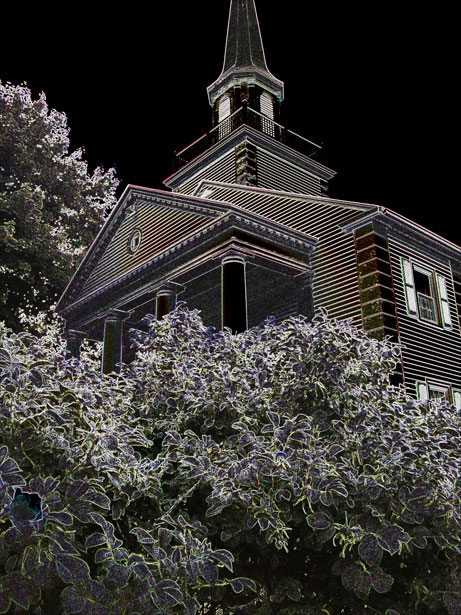 We are so grateful to Boz Tchividjian and G.R.A.C.E. for their Public Statement Concerning Sexual Abuse in the Church of Jesus Christ and their petition to garner support against sexual abuse in the church.  In case you missed Dee's post on this latest development, you can read it here.  Their goal is to obtain 10,000 signatures, so please take the time to add your name to the petition (as both of us have done).

We believe that sexual abuse in the church is closely linked to spiritual abuse.  Dee and I are grateful for the internet and the wealth of information that is being made available on the topic of spiritual abuse.  Three years ago we were educating ourselves about this serious problem in Christendom and sharing our findings with our readership (which was small at the time).

For those of you who were not here, we thought it might be helpful to re-publish some posts from our archives on spiritual abuse.  Here are two of them.  In our upcoming post, we will feature some related information.

There is no room in the body of Christ for spiritual abuse, and we must work hard to rid Christendom of it.  May God have mercy on those who spiritually abuse the flock.

What Is Spiritual Abuse? (link)

"Spiritual abuse occurs when someone in a position of spiritual authority, the purpose of which is to 'come underneath' and serve, build, equip and make God's people MORE free, misuses that authority placing themselves over God's people to control, coerce or manipulate them for seemingly Godly purposes which are really their own."

When Dee and I launched The Wartburg Watch, our goal was to discuss "faith issues".  As we began to investigate trends within Christendom, two problems came to the fore — spiritual abuse and hyper-authoritarianism.  We have discussed these problems before; however, since our readership has grown quite a bit, we feel obligated to cover these issues again, this time in greater depth.  PATRIARCHS BEWARE!  You will be learning from women.  Read at your own risk . .

According to the Wikipedia article on Spiritual abuse, the term was not coined until the latter part of the twentieth century.  It certainly appears that this form of abuse in on the rise and is causing great harm to the body of Christ.

Ronald Enroth in Churches That Abuse identifies five categories of characteristics that describe Spiritual Abuse (listed in the Wiki article):

1. Authority and Power – abusive groups misuse and distort the concept of spiritual authority. Abuse arises when leaders of a group arrogate to themselves power and authority that lacks the dynamics of open accountability and the capacity to question or challenge decisions made by leaders. The shift entails moving from general respect for an office bearer to one where members loyally submit without any right to dissent.

2. Manipulation and Control – abusive groups are characterized by social dynamics where fear, guilt, and threats are routinely used to produce unquestioning obedience, group conformity, and stringent tests of loyalty to the leaders are demonstrated before the group. Biblical concepts of the leader-disciple relationship tend to develop into a hierarchy where the leader's decisions control and usurp the disciple's right or capacity to make choices on spiritual matters or even in daily routines of what form of employment, form of diet and clothing are permitted.

3. Elitism and Persecution – abusive groups depict themselves as unique and have a strong organizational tendency to be separate from other bodies and institutions. The social dynamism of the group involves being independent or separate, with diminishing possibilities for internal correction and reflection. Outside criticism and evaluation is dismissed as the disruptive efforts of evil people seeking to hinder or thwart.

4. Lifestyle and Experience – abusive groups foster rigidity in behavior and in belief that requires unswerving conformity to the group's ideals and social mores.

5. Dissent and Discipline – abusive groups tend to suppress any kind of internal challenges and dissent concerning decisions made by leaders. Acts of discipline may involve emotional and physical humiliation, physical violence or deprivation, acute and intense acts of punishment for dissent and disobedience.

In the Wiki article on Spiritual Abuse, Agnes and John Lawless argue in The Drift into Deception that there are EIGHT characteristics of spiritual abuse, and some of these clearly overlap with Enroth's criteria listed above.

They list the eight marks of spiritual abuse as comprising:

According to the above article, "The basis of spiritual abuse is when these characteristics are overstretched to achieve a desired goal that is neither supported by spiritual reality nor by the human conscience."

One of the signs of spiritual abuse is FEAR, and intimidation is often the tactic used by spiritual leaders who try to control, manipulate, or dominate their followers.

There is so much more information to share on Spiritual Abuse, and we will pick up with this topic tomorrow.

"Spiritual abuse is as old as false religion itself.  While the practice is old, the term "spiritual abuse" may have been coined first by Jeff VanVonderen."   David Henke

My heart breaks for those who have been spiritually abused.  I praise God that there are excellent resources on the internet that can help victims of spiritual abuse become survivors.

One such resource is provided by Watchman Fellowship, which we highly recommend.  David Henke has written an excellent article that will help Christians identify spiritually abusive organizations.  Henke makes an extremely important point regarding their organizational structure.  He explains that often spiritually abusive ministries will have "top down" hierarchical structures.   This cannot be over-emphasized!  It's the primary reason why spiritual abuse persists.

The most distinctive characteristic of a spiritually abusive religious system, or leader, is the over-emphasis on authority. Because a group claims to have been established by God Himself the leaders in this system claim the right to command their followers.

This authority supposedly comes from the position they occupy. In Matthew 23:1-2 Jesus said the Scribes and Pharisees "sit in Moses' seat," a position of spiritual authority. Many names are used but in the abusive system this is a position of power, not moral authority. The assumption is that God operates among His people through a hierarchy, or "chain of command." In this abusive system unconditional submission is often called a "covering," or "umbrella of protection" which will provide some spiritual blessing to those who fully submit. Followers may be told that God will bless their submission even if the leadship is wrong. It is not their place to judge or correct the leadership – God will see to that.

The abusive religious system is scrupulous to maintain an image of righteousness. The organization's history is often misrepresented in the effort to demonstrate the organization's special relationship to God. The mistaken judgements and character flaws of its leaders are denied or covered up in order to validate their authority. Impossibly high legalistic standards of thought and behavior may be imposed on the members. Their failure to live up to these standards is a constant reminder of the follower's inferiority to his leaders, and the necessity of submission to them. Abusive religion is, at heart, legalism.

Abusive religion is also paranoid. Because the truth about the abusive religious system would be quickly rejected if recognized, outsiders are shown only a positive image of the group. This is rationalized by assuming that the religion would not be understood by "worldly" people; therefore they have no right to know. This attitude leads to members being secretive about some doctrines and the inner policies and proceedures of the group. Leaders, especially, will keep secrets from their members. This secrecy is rooted in a basic distrust of others because the belief system is false and can not stand scrutiny.

Because the religious system is not based on the truth it cannot allow questions, dissent, or open discussions about issues. The person who dissents becomes the problem rather than the issue he raised. The truth about any issue is settled and handed down from the top of the hierarchy. Questioning anything is considered a challenge to authority. Thinking for oneself is suppressed by pointing out that it leads to doubts. This is portrayed as unbelief in God and His anointed leaders. Thus the follower controls his own thoughts by fear of doubting God.

A most natural assumption is that a person does not get something for nothing. Apart from the express declarations of salvation by grace through faith God has given in the scriptures, it would be natural to think that one must earn salvation, or at least work to keep it. Thus, in abusive religions all blessings come through performance of spiritual requirements. Failure is strongly condemned so there is only one alternative, perfection. So long as he thinks he is succeeding in his observation of the rules, the follower typically exhibits pride, elitism, and arrogance. However, when reality and failure eventually set in, the result is the person experiences spiritual burnout, or even shipwreck of his faith. Those who fail in their efforts are labeled as apostates, weak, or some other such term so that they can be discarded by the system.

Abusive religions must distinguish themselves from all other religions so they can claim to be distinctive and therefore special to God. This is usually done by majoring on minor issues such as prophecy, carrying biblical law to extremes, or using strange methods of biblical interpretation. The imbalanced spiritual hobby-horse thus produced represents unique knowledge or practices which seem to validate the group's claim to special status with God.

Thank you, David Henke, for explaining these characteristics in such an understandable way!

Our purpose in focusing on spiritual abuse is first to help those who have been hurt to recognize that they have been abused and second to help them heal from these devastating experiences.

In our upcoming post, I will be reviewing an important book called Toxic Faith, written by Dr. Stephen Arterburn.  Until then, here is Dr. Arterburn addressing spiritual abuse, which he calls "Toxic Faith".