When it comes to the future, there are three kinds of people: those who let it happen, those who make it happen, and those who wonder what happened. John Richardson link 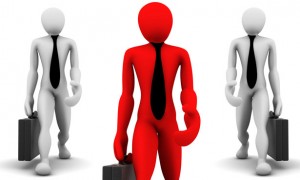 And then it was T3G link

Yesterday, Mahaney withdrew from the conference of the group that he helped to form. He said:

My decision simply reflects the reality that my participation could create a hindrance to this conference and its distinct purpose of serving so many pastors. My strong desire is to make sure this doesn’t happen. I believe the most effective way I can serve my friends who have supported me, and continue to support me, is by not participating in the 2014 conference. Read the rest at this link.

We have saved a screen shot of this statement. Why? Well darned if statements come and statements go when it comes to this group of men who "stand by" their man. What are we talking about?

2.The widely criticized T4G "Mahaney is our BFF" written by Al Mohler, Mark Dever and Ligon Duncan has gone missing!

Deb and I believe that Mahaney's withdrawal from the 2014 conference is significant. His best buddies have stood by his side, studiously ignoring the myriad of complaints, including sex abuse coverup, that have been lodged against Mahaney and Sovereign Grace Ministries. These friends even made up a story that people were upset at Mahaney because he started a great ministry! They then quietly changed the statement when protests were lodged all over the internet stating that the concerns expressed about SGM surrounded the issue of child sexual abuse.

In a show of solidarity, Denny Burke asked that his name be added to the list of men who were standing with their buddy in this post on May 23, 2013. In it, he provided two links to the infamous statement.

Albert Mohler, Mark Dever, and Lig Duncan have issued a statement expressing their love for and confidence in C. J. Mahaney. You need to read the whole thing. Here’s an excerpt:

"We have stood beside our friend, C. J. Mahaney, and we can speak to his personal integrity… A Christian leader, charged with any credible, serious, and direct wrongdoing, would usually be well advised to step down from public ministry. No such accusation of direct wrongdoing was ever made against C. J. Mahaney. Instead, he was charged with founding a ministry and for teaching doctrines and principles that are held to be true by vast millions of American evangelicals. For this reason, we, along with many others, refused to step away from C. J. in any way. We do not regret that decision. We are profoundly thankful for C. J. as friend, and we are equally thankful for the vast influence for good he has been among so many Gospel-minded people."

I am so thankful to see these men release this statement. Consider this my cosign. Read the rest here.

Click on those links and see the following statement

Sorry, the page you requested could not be found.

Deb and I have searched for the statement since late last night to no avail. Poor Denny. I guess his request to cosign the statement has been denied.

TWW wrote a post about the "Where's the statement" debacle here. In that post we provided a link to Bill Kinnon's Evernote capture of the original statement. Guess Bill suspected that such statements have a strange propensity to disappear.

In that same post, we provided a link to the new location of the statement. Of course, it does not work.

3. Does integrity have anything to do with biblical manhood in the eyes of T4G?

The three men who signed this statement consider themselves to be experts on what constitutes the actions and attitudes of Christian men of integrity. They have all been involved with the Council of Biblical Manhood and Womanhood which purports to lecture the rest of us on what constitutes biblical gender roles. I have news for them. Biblical men do not play games, quietly removing statements and pretending they don't exist.

I can only hope that the sudden removal of this statement was an error. If not, there appears to be an issue with honor and transparency within this little group of men. Principled men would have explained the removal of a statement that caused a firestorm in the Christian community.The lack of such is an epic man fail.

Could it be that the SBC resolution was the straw that broke the camel's back? I am not so sure since various members of the SBC have a long history of ignoring resolutions.

Could it be that there are some serious revelations that are yet to come? That appears more likely.

Whatever happens, I am deeply disappointed in the public statements and actions of Christian leaders who claim to be concerned about child sex abuse. These leaders have demonstrated that insulated, authoritarian leadership needs to be seriously challenged.

And, when things disappear, we always dedicate the following song to those who made it dematerialized. We are so grateful for Wayback and Evernote to hold these men accountable. Since these guys like conferences, let's go to a country music "conference." Love the red boots!