"Nouthetic counseling is counseling that uses Scripture to confront people about their sin with the goal of helping to restore them to usefulness (Gal. 6:1)." 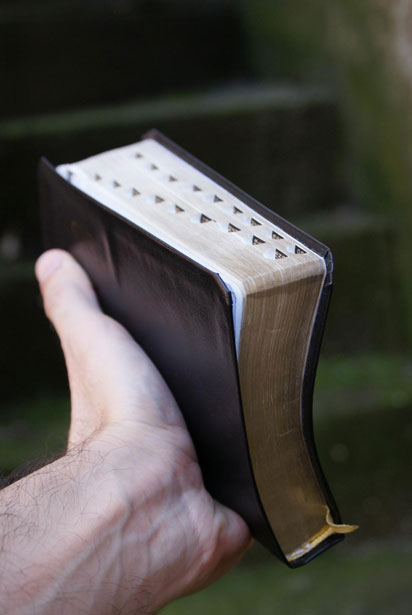 Several years ago we began receiving some comments and correspondence from individuals who had been exposed to Nouthetic counseling.  Dee was familiar with it and wrote a post entitled You Are a Dirty Rotten Sinner; The Schizophrenia is all in Your Head!  I, on the other hand, had never heard of it – praise God!

We were pursuing a number of other intriguing topics at the time, and I never got around to investigating this controversial counseling technique.  In recent days Nouthetic counseling has come to our attention again, and I have decided to research it thoroughly and share my findings.  I know that some of you are experts when it comes to counseling, and I hope you will bear with me as I explore this topic.  My goal is to write a series of posts on Nouthetic counseling as I have time to explore it.  Your ideas/suggestions are always appreciated.

The founder of Nouthetic counseling – also known as biblical counseling – is Dr. Jay E. Adams.  He began this movement in conjunction with his groundbreaking book Competent to Counsel.  Dr. Adams is the founder of the Institute for Nouthetic Studies (INS), and according to the INS website, Adams also founded the National Association of Nouthetic Counselors (NANC), and the Christian Counseling and Educational Foundation (CCEF). (link)  More on those organizations later…

What is "Nouthetic" Counseling?

Here is the answer according to the INS website:

While the name is new, the sort of counseling done by nouthetic counselors is not. From Biblical times onward, God's people have counseled nouthetically. The word itself is Biblical. It comes from the Greek noun nouthesia (verb: noutheteo). The word, used in the New Testament primarily by the apostle Paul, is translated "admonish, correct or instruct." This term, which probably best describes Biblical counseling, occurs in such passages as Romans 15:14:

"I myself am convinced about you, my brothers, that you yourselves are full of goodness, filled with all knowledge, and competent to counsel one another."

In that passage, the apostle was encouraging members of the Roman church to do informal, mutual counseling, something that all Christians today should learn, as well. On the other hand, the leaders of a congregation are to counsel nouthetically in a formal manner as a part of their ministry:

"Now we ask you, brothers, to recognize those who labor among you, and manage you in the Lord, and counsel you" (1 Thess. 5:12).

The Wikipedia article on Nouthetic counseling gives some insight into why this form of counseling came into being.  It states:

"Nouthetic counseling (Greek: noutheteo, to admonish) is a form of pastoral counseling that holds that counselling should be based solely upon the Bible and focused upon sin, and that repudiating mainstream psychology and psychiatry as humanistic, radically secular and fundamentally opposed to Christianity. Its viewpoint was originally articulated by Jay E. Adams, in Competent to Counsel (1970) and further books, and has led to the formation of a number of organizations and seminary courses promoting it. The viewpoint is opposed to those seeking to synthesize Christianity with secular psychological thought, but has failed to win them over to a purely Biblical approach. Since 1993, the movement has renamed itself Biblical counseling to emphasize its central emphasis on the Bible."

Here is Dr. Adams addressing some questions that are often asked about his counseling method:

How can one become "Competent to Counsel"?

Isn't Nouthetic counseling just a form of behaviorism or moralism?

Has Nouthetic counseling ever been studied empirically?

We encourage you to explore the INS website where you will find the Course List and the response to the question Why Study with INS?

Dr. Adams and his INS colleagues are critical of other training programs in biblical counseling offered at conferences.  Here are their concerns under the subheading effectiveness:

"Training in biblical counseling is available in many places and is often offered at a one week conference or over the course of several weekends. While good information is usually presented at these venues, we believe they have a number of limitations.

First is the amount of material presented. While these conferences meet the minimum amount of training required by NANC for certification we do not believe three weekends of training or five days of study is sufficient to prepare the student to counsel effectively.

Second, these venues require the student to assimilate a large amount of information very quickly and does not allow the student time to read any accompanying textbooks that would further explain the concepts being presented or to think through each topic before having to move immediately to another the next hour. At INS the student can move through the material at whatever pace is necessary to grasp the material."

While we are glad that Dr. Adams sees the weaknesses in other training programs, we believe the same weaknesses can be found in his online program through INS.  There are serious psychological problems in the population at large, and we do not believe that pastors and laypeople will ever be able to deal with them effectively through Nouthetic counseling.  No, there are conditions that definitely require professional intervention.

The Wiki article cited above concludes with these statements which are critical of Nouthetic counseling:

Nouthetic counseling has been criticized for the way its "rational and certain approach can come across as impersonal, emotionally distant, and insensitive."

Nouthetic counseling is viewed as highly controversial by secular psychologists who believe that it is unethical to counsel that the Bible has the answers for all people of all backgrounds.

We're just getting started on Nouthetic (biblical) counseling, which is growing in popularity at seminaries and churches around the country.  We are cynical about such training and see a striking parallel in this commercial.  More to come…

Dee Parsons ·
@wartwatch
Am I weird for thinking that the soy sauce that comes in those plastic packets tastes like the best?
View on Twitter
0
2