"It's a work of fiction that's really focused on the journey of a human being to deal with the junk in his life that includes his misunderstanding of the character and nature of God." 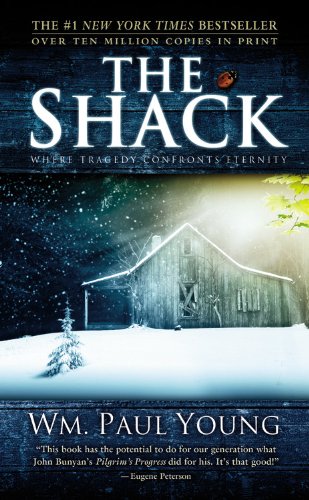 For those who have been positively impacted by The Shack, you are in for a real treat in our upcoming EChurch post.  Last weekend William Paul Young, who wrote the runaway bestseller, was invited to address the congregation at Emmanuel Enid.  This was a repeat visit because he first came in 2009.

Here is a clip featuring Paul Young and announcing his visit four years ago.  It is a great introduction to the author and his book.

If you conduct an internet search on critical reviews of The Shack, you will find quite a few of them. The Calvinistas seemed to have most to say about what they believe to be wrong with Young's inspirational book.  Instead of linking to those reviews, we are featuring Mark Driscoll's critique of The Shack.  He likely covers what most of the Neo-Reformed crowd had to say in the way of criticism and condemnation.

Michael Spencer, the Internet Monk (who is greatly missed), wrote a book review on The Shack and heartily recommended it.  He then wrote a follow-up post called Shack Attack! to counter the criticism coming from those whom we call Calvinistas. There are a few other related posts on the I-Monk website that are also worth reading. link and link

Four years ago a Baptist university in North Carolina — Gardner-Webb — had Paul Young come and speak.  It's a four-year university situated 40 miles west of Charlotte.  Here is a video from that visit which we believe sums up what Young was trying to accomplish with his 'fictional' book (written primarily for his children).

Paul Young's testimony (in our upcoming EChurch post) is lengthy and incredibly revealing.  We are amazed by his transparency and believe that his willingness to be vulnerable may be the secret to his much loved book.  We will be featuring additional messages by Paul Young over the next month or so (when Wade Burleson is planning to be away).

May God's will continue to be done with The Shack as well as with Paul Young's greatly anticipated follow-up book, Cross Roads.

Wade Burleson has also written a thoughtful review of The Shack link as well as a follow-up post link.  Thanks, Thy Peace!