"Alex and Stephen Kendrick will be speaking this year at the San Antonio Independent Christian film festival February 7-9th. This is a great event for families to watch tons of new Christ-honoring movies, documentaries, and shorts. Before this event is the San Antonio Christian Film Academy (February 4-6) designed to help train and network up and coming Christian filmmakers. If you want to be in or work on Christian Films in the future, we highly recommend these two outstanding events as a place to better learn how and also meet many of the leaders and aspiring filmmakers in the Christian film movement…" 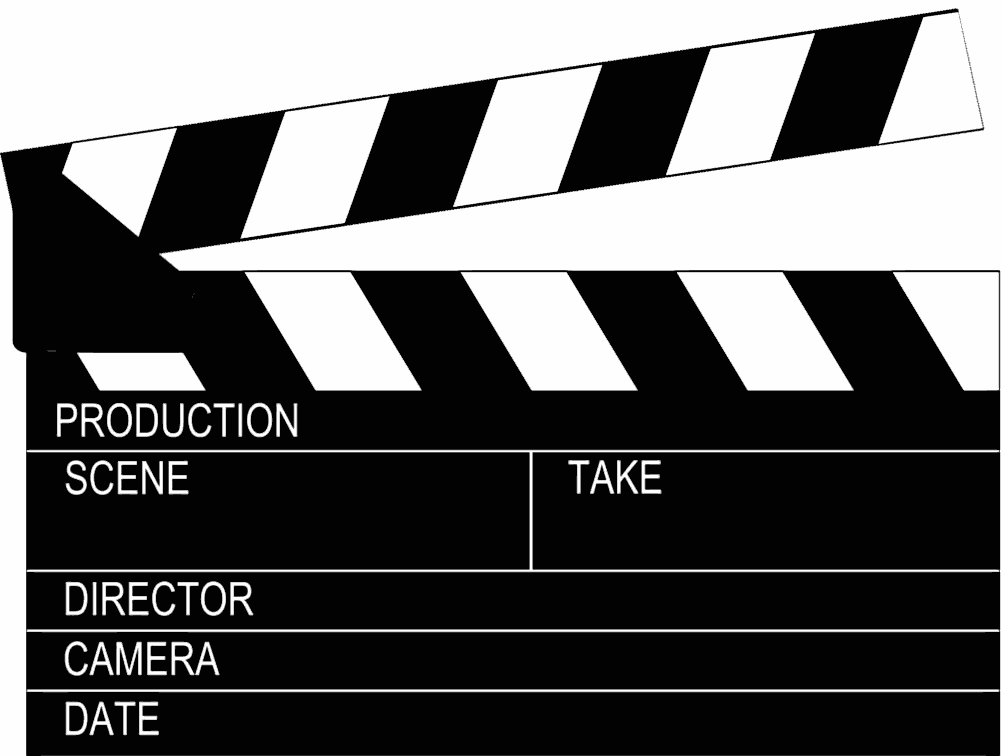 I remember being so excited when I first heard about the Kendrick brothers and their Christian filmmaking.  Flywheel (2003) was their initial movie, and it was filmed on a low budget.  Next came Facing the Giants in 2006, which I purchased on DVD and enjoyed watching with my family.  Then came Fireproof in 2008, starring Kirk Cameron.  I bought that DVD too and thought it was a wholesome, heart-warming story; however, I was bothered by the merchandising that went along with the movie – the Love Dare, t-shirts, etc.

Then in 2011 the Kendrick brothers released their most successful film project yet – Courageous.  It was recommended by The Gospel Coalition crowd.  Justin Taylor and Trevin Wax wasted no time in endorsing the movie.  Sam Crabtree, executive pastor at Bethlehem Baptist, featured John Piper's review of Courageous on his blog.  Here is what Piper had to say:

“I watched Courageous with my wife and was thoroughly engaged. I like action, and I like reflection, and I like affection—explosive moments, wrack-your-brain moments, and break-your-heart moments. Rarely do movies combine them all. For me this one captured me. Does the movie preach? Well, it sure has a point. But about the time you think you might get preached at, a bullet may cut through your car door. I would willingly take anyone to see this film, assuming they can handle suspense. And I think the conversations afterward would not be superficial.”

Before the release of Courageous, I had become skeptical about the true motives of the Kendrick brothers.  The Resolution, which is the climax of the movie, seemed manipulative and brought to mind patriarchs ruling over their families.   I hadn't planned to buy the DVD, but my younger daughter did.  After watching it several times, I expressed my concerns in a blog post – Courageous the Movie:  Is it Profitable for Christians?  The merchandise being sold was incredible with books, Bible studies, framed certificates, etc.  Wal-Mart was even selling books related to the movie.

After all the hype and accolades, the Kendrick brothers attended the 2012 San Antonio Independent Christian Film Festival (SAICFF) and won the top prize of $101,000, which is to be used as seed money for their next film project.

SAICFF was founded by Doug Phillips of Vision Forum.  As the Kendrick brothers have indicated above in a recent Facebook message, the 2013 festival is fast approaching.  It has become a forum for 'culture warriors', as some of the previous winners indicate.  For example, we have written posts on two of SAICFF participants in years past, specifically Colin Gunn who produced Indoctrination (see Indoctrination and the Blame Game) and the LeClerc brothers who produced Divided (please read "Divided" – A Review , "Divided" Lives Up to Its Name and Family-Integrated Church Wrap-Up).

As the Kendrick brothers have indicated, the 2013 Christian Filmmakers Academy begins next Monday.  It is described as "A Technical Boot Camp for Aspiring Culture Changers" and costs a whopping  $595/person / family rate if $525/person or $295/home if the three-day event is live streamed. (link)

It is noteworthy that the first winner of the SAICFF was Colin Gunn's documentary The Monstrous Regiment of Women.

Unbeknownst to us, the Kendrick brothers have been rubbing elbows with Doug Phillips and the Vision Forum crowd for a number of years.  Here is a blurb about the 2009 Christian Filmmakers Academy in which the Kendricks participated.

How does a fringe group like Vision Forum move mainstream?

Their association with these filmmakers gives us some indication of their agenda and the method they are using to influence an unsuspecting audience.  Let's take a closer look at what Vision Forum adherents promote:

No birth control of any kind (militant fecundity)

No college education for daughters

Those are just some of the beliefs that are proclaimed by Doug Phillips and his ilk.  Is it any surprise that women have subservient roles in Fireproof and Courageous?  Now you know why…

There is quite a difference between the movies this crowd puts out and the documentaries produced by the Billy Graham Evangelistic Association, for example.  The filmmakers affiliated with Doug Phillips have a not so secret agenda which is becoming more and more apparent.

In the video clip below, you will hear Stephen Kendrick mention his friend Geoffrey Botkin.  Botkin and his sons figure prominently at SAICFF and the Christian Filmmakers Academy.  If you have been with us for a while you may remember that last name.  Several years ago we reviewed a book written by Geoffrey Botkin's daughters and published by Vision Forum called So Much More.  Here is an excerpt from our post Sisterhood of the Stay-at-Home Daughters.

The Botkin sisters take great pleasure in explaining that they are teenagers at the time they are writing their masterpiece.  So much wisdom at such an early age…  Here's what we learned from reading the book cover to cover:

Daughters are to be their father's "helpmeet".  What?  We thought that was the wife's role!  The Botkin sisters advise daughters to remain at home until they marry and help their father achieve his life's mission.  Where is that in the Bible?

Daughters should be homeschooled and should NEVER attend college!  The Botkin sisters warn young ladies that if they enroll in college, they will be defiled.

Daughters are to build up their brothers who will be the next generation of “manly men”.

Daughters are to be submissive and have a quiet spirit.

The climax of the book occurs when the Botkin sisters gleefully explain that they promote the Quiverfull Movement and that they plan to have as many children as possible when they get married.

This family has inspired the naming of a troubling condition known as Botkin Syndrome.  We recommend a website called Overcoming Botkin Syndrome that aptly defines that condition.

"Botkin Syndrome" describes the emotional, psychological, spiritual, and sometimes physical effects manifested by children who have been raised under the so-called Biblical patriarchy theology, a Quiverfull mindset, and other such religious paradigms that promote authoritarian parenting…

Under the Botkin Paradigm, all members of the family orbit around the family leader, the husband/father.  Each person within the family must “serve the vision” of their household patriarch and his “vision” for the family.  Boys follow their father’s wishes while they remain under the family’s roof, though men are afforded much more liberty and freedom than are women.  In some homes, mothers are not permitted to teach or discipline sons once they reach the age of thirteen.

Wives and adult daughters (until given in marriage through the courtship process) must do the bidding of their father who approves of their activities.  Young women who do not have a male to oversee them or have a father who declines participation in the paradigm are advised to go out to obtain a representative male to serve as their covering and protector.

Women and daughters are not permitted to work outside the home unless it is in the workplace of the father who provides both spiritual direction and lends physical protection to the family as well.  Women who work outside the home are likened to prostitutes whose “feet wander from home.”  All education must take place within the home through homeschooling, and adult women are not permitted to be trained outside the home setting.  Women are beings created for the use of men, and in some forms of patriarchy, women are defined as the “indirect image of God,” the ontological lesser of their male counterparts (of lesser essence physically and spiritually).

Fathers are venerated in the Botkin paradigm, and the entire system of patriarchy which is followed by many Quiverfull Families also fosters enmeshment and developmental problems, particularly for girls, though all of the family members suffer.

Before we started blogging we became alarmed by the Vision Forum crowd, and our concerns have only escalated as we have discovered the effects of Vision Forum and Botkin Syndrome on our brothers and sisters in Christ.  We have written a number of posts that provide some insight into this radical bunch.  You might want to check these out:

The Patriarchs Are Coming…

What Are Family-Integrated Churches?

Do Birds of a Feather Flock Together in the Young Earth Crowd?

The Vision Forum crowd has a specific agenda, which is becoming patently obvious in the propaganda they put out through books, films, and websites.

A couple of years ago The Christian Post interviewed Lee Stanley who had some critical remarks for Christian filmmakers.  Here is an excerpt from the CP article:

Stanley, who became a born-again Christian in his early 30s, recently spoke to The Christian Post about what it means to be a Christian who makes films and why Christian filmmakers need to stop neglecting the secular audience.

Stanley wrote in his autobiography, Faith in the Land of Make-Believe: What God Can Do…Even in Hollywood, 'We must create quality entertainment that reflects life as it can be – or should have been – without hitting people over the head with the gospel.' "

“Those that are going to be Christian filmmakers, you know who you are in Christ. Your first responsibility is to honor the Lord and His word, but don’t go out there swinging your Bible around because you are going to distance people.

“I am very opposed to our continually making Christian films for those that already believe, and too many of them ending in church basements.”

What we are concerned about regarding those aligned with Doug Phillips is that they claim to appeal to a wider audience.  However, we don't believe their agenda is purely evangelistic in terms of bringing people to the Lord.  All indications are they attempting to impose their peculiar set of beliefs on fellow Christians (see the VF list above).  Such films serve to catapult men like Phillips and Botkin into the mainstream.  Do people REALLY understand what they advocate?

With the success of Facing the Giants, Fireproof, and Courageous, you can be certain there will be more films coming in the future.  The next time a Christian flick is promoted by groups like The Gospel Coalition or someone invites you to go see the latest and greatest Christian movie, do your research.  Look at it this way… if you ever attend a Michael Moore film, you can be sure that it will uphold Moore's agenda.  Likewise, filmmakers who are aligned with Doug Phillips/Vision Forum have a very specific agenda centering around patriarchy.

Please, don't get fooled by the action-filled or cutesy plot.  Make no mistake…  These films are propaganda attempting to get mainstream to embrace their underlying values.   If your church is planning to feature or sponsor one of these movies, go to your pastor and ask if he understands its intent.

So when the next big Christian movie comes out and you are asked to support it, be sure to do your homework and find out who is behind it.  Ask yourself – could there be a hidden agenda?  In all likelihood, the answer will be YES…