"It would be better for him if a millstone were hung around his neck and he were cast into the sea than that he should cause one of these little ones to sin." 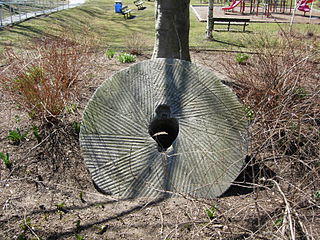 Earlier this year Julie Anne Smith, a sister in Christ on the West Coast, contacted Dee and me out of the blue.  We couldn't believe our eyes when we read that she was being sued by her former pastor / church for a whopping $500,000.  Her blogger profile gives a brief overview of her predicament and why she began the BGBCSurvivor website (BGBC = Beaverton Grace Bible Church).

I began this blog in Feb. 2012 after noticing that the Google reviews I had posted of my former church were being removed. Days after the commencement of this blog, I received a legal summons suing me and three others for defamation to the tune of $500,000. The story of spiritual abuse needs to be told. People are being hurt emotionally and spiritually by pastors who use bully tactics and we need a place to learn, to talk freely, and to heal. I will not be silenced. ****Update: 7/26/12 Case was dismissed. We won! E-mail address: bgbcsurvivors@gmail.com

Dee summarized her story in a post entitled Julie Anne Smith Prevails Against Her Former Church, which you can read here.  As you might imagine, Julie Anne's story went viral in the press, and she had no choice but to defend herself to a watching world.  Having come through that terrible experience successfully, Julie Anne is a staunch defender of those who have been abused in some way.  She is a regular commenter here and also frequents SGM Survivors and SGM Refuge.

Julie Anne recently wrote an encouraging post to abuse victims, and she has given us permission to republish it for our readership.

My heart really goes out to victims and their families in abuse cases (domestic violence, child abuse, and sex abuse) and I have a huge amount of respect for those who, when realizing that the problem is much bigger than their own personal situation, risk so much by taking it to a new level by getting legal help and filing a lawsuit.   This takes an enormous amount of time, energy, money, and emotional strength because it means revisiting the horrific events and recalling the details.  It's not easy to rehash the unfathomable abuses, but sometimes people get to that point when they realize that similar abuses will continue to go on unless they speak out.  These are true heroes.  This action is not for their own personal gain.  These folks are sacrificing much to protect others from having to go through this difficult path.

One of the difficulties in church abuse cases is that the abuse is labeled as "sin". Of course these abuses are called "sin" and pastors know how to deal with "sin" biblically.  However, sometimes "sin" is not looked at with the same eyes that those outside of church would look at it.  For example, in the secular world, sex abuse would be first and foremost labeled as a crime.  But for some reason in some churches, this criminal aspect is overlooked.  Church leaders sometimes attempt to only focus on the sin aspect of it.  They try to apply "biblical" forgiveness and reconciliation, forsaking obvious biblical verses regarding governing authorities:

Let every person be subject to the governing authorities. For there is no authority except from God, and those that exist have been instituted by God. Therefore whoever resists the authorities resists what God has appointed, and those who resist will incur judgment. For rulers are not a terror to good conduct, but to bad. Would you have no fear of the one who is in authority? Then do what is good, and you will receive his approval, for he is God's servant for your good. But if you do wrong, be afraid, for he does not bear the sword in vain. For he is the servant of God, an avenger who carries out God's wrath on the wrongdoer. Therefore one must be in subjection, not only to avoid God's wrath but also for the sake of conscience. For because of this you also pay taxes, for the authorities are ministers of God, attending to this very thing. Pay to all what is owed to them: taxes to whom taxes are owed, revenue to whom revenue is owed, respect to whom respect is owed, honor to whom honor is owed.  (Romans 13:1-7 ESV)

Be subject for the Lord's sake to every human institution, whether it be to the emperor as supreme, or to governors as sent by him to punish those who do evil and to praise those who do good. For this is the will of God, that by doing good you should put to silence the ignorance of foolish people. Live as people who are free, not using your freedom as a cover-up for evil, but living as servants of  God.  (1 Peter 2:13-16 ESV).

So, to those who have made this bold step, I want to publicly thank you for representing the voices of so many victims who have no voice because of the pain they are or have endured.  I want to reassure you that you are taking the right step Biblically.

There may be naysayers who will give you this verse to try to justify what you are doing is wrong or to shame your actions.  Take special note of the words I highlighted in bold font:

When one of you has a grievance against another, does he dare go to law before the unrighteous instead of the saints? Or do you not know that the saints will judge the world? And if the world is to be judged by you, are you incompetent to try trivial cases? Do you not know that we are to judge angels? How much more, then, matters pertaining to this life! So if you have such cases, why do you lay them before those who have no standing in the church? I say this to your shame. Can it be that there is no one among you wise enough to settle a dispute between the brothers, but brother goes to law against brother, and that before unbelievers?(1 Corinthians 6:1-6 ESV)

The verse above mentions "trivial cases".  Abuse cases that are being brought before the civil courts are certainly not trivial cases.  When abuse occurs, lives can be damaged both emotionally, physically, and spiritually.  Talk to any abuse victim and see how many years it takes to heal.  The memories can last a lifetime.  Not only are they victimized once by the perpetrator, but they are  re-victimized by church leaders/pastors when church leaders fail to appropriately deal with "sin" as crimes.

The following quote is from an article interviewing Attorney Kelly Clark, child sex abuse attorney, who represented more than 100 men who were former Boy Scouts:

Clark said he represents more than 100 men who as children were in the Boy Scouts, and he estimates that more than 50% of his clients have drug or alcohol problems. At least three of them have committed suicide, he said.

Indeed, as Clark discussed the result of sex abuse in the above quote, these are NOT trivial cases, but cases which must be brought before the civil courts if churches are overlooking and mishandling sex abuse crimes.  How do you put a price tag on three precious lives lost to suicide?

I have deep admiration for attorneys who involve themselves in cases of abuse and represent victims.  In reading spiritual abuse stories, sometimes I catch myself tearing up and have actually sobbed a number of times – especially the stories where there is multiple abuse going on:  sexual abuse, spousal abuse, spiritual abuse.   Some attorneys do this on a daily basis.  They hear so many tragic stories.

Attorney Gilion Dumas is a partner at O'Donnell Clark & Crew LLP, attorneys known for representing abuse victims.  Her firm has represented victims of the large Boy Scouts of America sex abuse case in the news for the past couple years.  Simply type "Kelly Clark and Boy Scouts" in your search engine and you will not believe how many links come up on this case, it seems to be endless.

Here is a short video clip of Gilion talking about "Tough Love" for Institutions We Trust.  It's less than one minute and is important for victims to hear.

Attorneys like Dumas, Clark, and Susan Burke who represents the the victims in the Sovereign Grace Ministries lawsuit are doing a fantastic job of bringing justice to groups and organizations who have woefully mishandled abuse cases, often preventing the abuse cases from getting into the hands of civil authorities.  Thank God for them and the work they do.

To the victims who seek justice through civil litigation:  you are helping to change the faulty systems.  You are doing the right thing.  You may be hiding behind a pseudonym in a lawsuit.  You may not be able to tell your story to others because of the lawsuit, but you are doing such a powerful act by filing a lawsuit.

There's a possibility that you might feel abandoned in this process.  I hope you know that on this blog, people do care about you and pray for you.  The lawsuit is not only for your benefit, but will benefit many others who might fall victim to sex abuse in churches where there are little or no safeguards in place or where church leaders minimize or turn a blind eye to sex abuse, child abuse, domestic abuse activity going on in their midst.  You will never know how many victims you have saved by speaking out.  Just as the Penn State and the Boy Scouts cases are highlighting mishandling of sex abuse in institutions, you are bringing this to light in church settings.  This is so important.  Thank you!  Our hearts and prayers are with you!