"Polity is important and vital to the long-term effectiveness of the SG churches. Where doctrinal foundations are healthy, good polity has great potential to keep them on track. However, a robust view of sin militates against treating polity as a panacea for problems. No polity can protect a church or a family of churches from problems and difficulties or from sin and its effects. It is inherently dependent upon the fallen men implementing it." 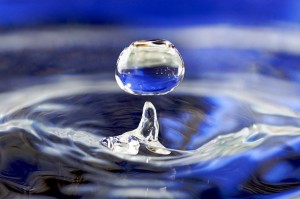 The SGM Pastors Conference has come to an end, and now it's back to the real world.  It appears the Sovereign Grace Polity Proposal (dated October 28, 2012) was made available just a few days before the Pastors Conference.  Why the delay?  Did they want to prevent SGM pastors from conducting a thorough review of the polity proposal prior to the pastors conference?

To read the treatise yourself (which is 79 pages long!), click on the above link.  I have perused the proposed book of church order and would like to highlight some of the parts that caught my attention.

First, I found it interesting that the polity proposal outlines the shared values of Sovereign Grace Churches, which are: (page 17)

d. Complementarian leadership in the home and church

These values were listed early in the proposal (page 6) when ecclesiastical unity was described (see below).

"Fifth, ecclesiastical unity is part of our own shared history.

For over 30 years, SG churches have flourished as a result of their ecclesiastical unity. We moved in unity through the various winds and waves that were so prevalent in the 70s and 80s, particularly in charismatic churches. We have embraced as an ecclesiastical body the shared values that are, in part, what define us and give us doctrinal distinctives as SG churches. We are Reformed in our soteriology, gospel-centered in our preaching and teaching, continuationists in our pneumatology, complementarian in our view of leadership in the home and in the church, committed to church planting, and passionate in our corporate worship. SGM has been a great means of grace to our churches, and every SG elder has tasted the benefits of the ecclesiastical unity that SGM facilitated. We are loathe to abandon the rich legacy and fruitfulness of a true and thoroughgoing gospel partnership. We have lived in it for decades, and it is the hope of this Committee that our unity will continue, even as we seek to bring reform and refinement to our polity. "

Some would challenge whether there was true unity as changes were being implemented over to years to ride the "winds and waves" of change in Christendom.  It certainly appears that this "family of churches" has had an identity crisis over the years.  One has to wonder whether the name "Sovereign Grace Ministries" will soon go the way of Take and Give, People of Destiny, and PDI . . .   Why has C.J. Mahaney and his cohorts been so willing to hide behind a new name?

Church discipline is strongly emphasized in polity proposal – so what else is new?  Here is an excerpt from page 10:

"3. The Rules of Discipline

Church discipline promotes the glory of Christ, the purity of the church, and the restoration of the sinner. Agreeing upon rules of discipline for all SG churches will create an appropriate degree of uniformity in practice, help to avoid partiality and inconsistency in discipline and provide accountability for all members, pastors, and SG leaders.

Local elders are responsible to faithfully carry out the rules of discipline for members under their care."

The concluding paragraph, which is under the heading Rules of Discipline, contains a rather odd sentence.  Can you spot it below?

For those churches wishing to affiliate with SGM, the book of church order makes it very clear that they must conform to SGM's standards.  The polity proposal states (page 31):

"All the elders of the joining church affirm and submit to the polity of the Sovereign Grace churches as stated in the Book of Church Order, without taking any exceptions to it."

No exceptions!!!  We are 'in charge' – you must play by OUR RULES!  How many churches will be inclined to join this denomination given that hard-nosed position?

One of the most alarming sections of the SGM polity proposal is as follows (page 33):

"Beginning with the adoption of this SG Book of Church Order, any local church planted with the financial assistance of SGM cannot leave SG for 10 years without repaying any and all financial assistance that they received. Although this policy is not retroactive to church plants recently funded by SGM, it would be honorable for any church planted in the last five years choosing to leave SG to pay back voluntarily the church plant grant in subsequent years as it is reasonably able. This repayment would honor both the intention of the grant to plant a SG church and the intention of SGM donors to support the planting of SG churches."

It would be honorable for church plants leaving SGM to pay back their seed money?  That is NOT biblical!  Can you imagine the Apostle Paul making such a request of the churches he planted?

With regard to SGM women serving in ministry, the polity proposal 'informs' us that: (page 55)

"Although we wholeheartedly affirm the vital importance of the ministry of women in our churches, individual churches may differ on the acceptability of having women serve in the role of deacon. If a church decides to appoint women deacons, it is essential that the responsibilities of that role not violate other Scriptural commands that define and delineate the respective roles of men and women in the home and the church (e.g., 1 Tim. 2:12; 1 Cor. 11:3)."

There can be no doubt that women deacons who may be installed in SGM churches will "serve" in the most mundane of ways.  Since Capitol Hill Baptist Church has women deacons, SGM must follow suit. . .

Regarding the legal battles SGM is currently facing, perhaps this portion of the polity proposal was written for that reason:

"A member of a congregation must be enabled to pursue such accusations against leaders. Without this layer of accountability the possibility of some version of tyrannical leadership is easy to imagine." (page 49)

Page 43 discusses "paid elders" – an important hallmark for SGM congregations.  Perhaps having elders earn a salary is an effective means of controlling them?

And finally, the 'role of the congregation' is discussed on pages 55-59.  Five whole pages!!!  Yep, congregants are SO IMPORTANT to the SGM leaders. . .

I can't help but wonder whether these changes will make one ounce of difference.  After all, the same leaders are still "in charge".  It reminds me of the phrase "Meet the new boss, same as the old boss."  It just looks SGM's modus operandi has finally been put in writing.

Is SGM paving the way for polity changes that may be sweeping through SBC churches soon?

We are just getting started discussing these important polity issues in Sovereign Grace Ministries.  What sections of the proposed polity stood out to you?