"This list is hardly the last word, but it recognizes the growing public role of Christian women in our movement and culture, and suggests the ways they are shaping our future." 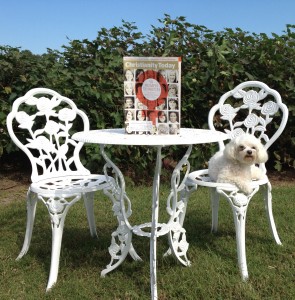 I just received the October issue of Christianity Today, and I was excited to read the words on the cover – "50 WOMEN TO WATCH".  Sarah Pulliam Bailey, an online editor for CT, explains that in order to create the list, she asked dozens of evangelical leaders the following question:

"Which Christian women are most profoundly shaping the evangelical church and North American society?"

The "50 Women You Should Know" article begins with these encouraging words:

"Christian women who want to pursue influential roles in politics, the church, and other sectors of public life in the United States and Canada have never before had more opportunities to do so.  As the following profiles in our cover package show, they are taking advantage of those opportunities in spades.  It's not just a golden moment for Christian women, of course, but for the entire church, as we benefit from the fruit of their manifold gifts.

Not that long ago, this cover package would have been inconceivable…"

What was surprising to me was the absence of certain names.  You know, the Calvinista women that we sometimes mention here at TWW.   It certainly appears that the Christian leaders surveyed do not consider them to be influential in shaping the church and society.

Bailey acknowledged early in the article that tensions exist as women strive to exercise their leadership skills.  She writes:

"Denominations and particular churches continue to argue about the appropriate role of women — whether they can teach men or be ordained, for example.  Others debate how best to understand Scripture's description of the role of women in marriage.   Some raise concerns that by recognizing women who find a voice in the public sphere, we may be subtly denigrating the work of stay-at-home mothers."

Perhaps Bailey was anticipating the criticism she would receive for putting women in the spotlight.  It didn't take long for one of those critics to emerge…  Denny Burk, Associate Professor of Biblical Studies at Boyce College, chimed in several days ago.  He introduces her as "Sarah Pulliam-Bailey".  Why the hyphen?  Nowhere in Christianity Today or the Her.meneutics blog is Sarah's name hyphenated.  STRIKE ONE… (Note:  I copied Burk's post into a Word document earlier today.  Sarah's name had a hyphen at that time.  I see that Burk has since made the correction…)

Burk, who sees the world through his complementarian-colored glasses, writes:

"The article doesn’t include much of a discussion about differences among evangelicals about gender roles. Even though there are both complementarians and egalitarians on the list, the article seems to assume an egalitarian framework. In general, it regards high-achieving women excelling in their respective fields as something to be celebrated. Make no mistake, everyone celebrates women excelling in roles that the scripture commends, but egalitarians continue to disagree with complementarians about what those roles are. In short, the report highlights the influencers without trying to sort out the differences that complementarians and egalitarians have over these issues."

Why is he so focused on 'complementarians'?  These gender gurus have a one-track mind!  STRIKE TWO…

Lastly, Burk opines about one of the 50 – Rachel Held Evans – labeling her as a "non-evangelical".   In this interactive community known as the blogosphere, Rachel Held Evans chimes in on Denny Burk's blog with the following response:

Committed to spreading the good news of Jesus Christ.
High view of Scripture.
Always reforming.
Faith is very personal to me, but also has implications for the world.

Also, I don’t think there is anything wrong with celebrating high-achieving women excelling in their respective fields. And it makes me sad that you do."

Even after receiving the above comment on his blog, Burk writes:

"Yes, I stand corrected. My speculation that she would not self-identify as an evangelical was incorrect. That being said, it is very apparent that we have different opinions about what an evangelical is, and I still don’t think she is one."

This is a perfect example of why there weren't many complementarians on that list of 50 influential women.  Burk and his ilk are extremely narrow-minded, and the more they promote their beliefs about the gender gospel, they more they alienate themselves from their brothers and sisters in Christ.  The Calvinistas have done so much proof-texting with regard to gender that they have created another gospel, which is NOT the true gospel.

Andrew Caldwell posted a comment on Denny Burk's blog that reflects the view of your TWW blog queens.  He wrote:

"The bottom line is that egalitarians interpret the scripture incorrectly. I don’t pretend to know all of the reasons that they embrace the error. I’m sure the reasons are as diverse as the adherents. Whatever the reason, I do believe that it is an error and needs to be called such."

I find it absolutely astonishing that Christianity Today, which brought so much attention to the Young, Restless, and Reformed movement six years ago is now being criticized for not kowtowing to the Calvinistas.

Thank you Sarah Pulliam Bailey and the CT staff for encouraging Christian women to use their God-given gifts like those featured in your wonderful article 50 Women You Should Know.  I know one of them personally, and she is a tremendous inspiration to me.  May Christian women, who have been held back by the gender gurus, seek to please an audience of one, Jesus Christ.