Love is NOT a four letter word! -Dee 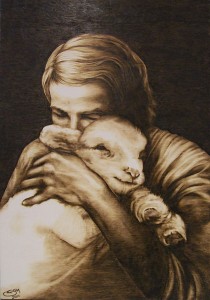 "Labor Day Labor Day, the first Monday in September, is a creation of the labor movement and is dedicated to the social and economic achievements of American workers. It constitutes a yearly national tribute to the contributions workers have made to the strength, prosperity, and well-being of our country." Link

Labor Day is a time for me to reflect back on my Russian immigrant grandparents. They fled Russia, disgusted by the aristocracy and frightened by the communist insurgency. They had a dream to give their future children a better life. They arrived in this country, with barely enough money to survive. They settled in a Russian/Polish immigrant community in Salem, Massachusetts. My grandfather worked in the leather tanning factories and my grandmother did backbreaking work in the textile mills. They sacrificed comfort out of love of their children. My father, their son, became a physician and served the immigrant community of the North Shore of Boston as a family doctor.

At the recent RNC,(this is NOT a political statement,) Senator Marco Rubio said something that resonated with me as he spoke of his parents who left Cuba during the rise of Fidel Casto. Link

“He noted that his father, who lost his own mother at age 9, worked as a bartender and that his mother — a former cashier, maid and Kmart employee — “was one of seven girls, whose parents often went to bed hungry so their children wouldn’t.”

“A few years ago, during a speech, I noticed a bartender behind a portable bar at the back of the ballroom,” Rubio said. “I remembered my father who had worked so long as a banquet bartender. . . . He stood behind a bar in the back of the room all those years so one day I could stand behind a podium in the front of a room.”

“We’re special because dreams that are impossible anywhere else, come true here.”

I had tears in my eyes as he said this because he reminded my of my own relatives.

A number of years ago I walked across the campus of Dallas Theological Seminary as I considered taking some courses. I remember thinking about my grandparents. It was their love for their family that would allow me to live in home with a television and magazine subscriptions that would one day lead me to discover that the Creator of the universe loved me. This love has transformed my life

My grateful response to this love has led me to share His love with others. In some respects, the image of my grandparents, George and Theresa Nalesnik (whose names are inscribed at Ellis Island), along with Marco Rubio’s parents, help me to understand the love of God. These family members, out of love for their families, left their homelands in order to give a better life to their children.

Jesus, seeing His people, crying in the darkness of their world, left His perfect home in heaven, to die on the Cross and redeem them. He was willing to endure unimaginable pain because He loves His people.

That is why the recent tweet link  on August 31, 2012, from John Piper absolutely stunned me.

Be done with sentimental views of the love of God. "Behold, I am watching over them for disaster, not for good." Jer. 44:27

I do not understand the Calvinistas. I have been studying the latest "thing" in these circles in which the leaders appear to believe that they are gifted as Prophets, Priests and Kings. I kid you not!! Soon, I will be writing more about this subject, which appears to have originated with Mark Driscoll. Incredibly, they have all decided that pastors and leaders have been bestowed(presumably by God and/or  Driscoll) with one of these three designations.

Folks, they actually spend time studying their navels and trying to figure out which one they are. As I will show in a future column, Driscoll has appointed the office of “Prophet” to John Piper. Other pastors like to announce to their congregations that they are now "kings!"

I have been following Piper’s increasingly dismal preoccupation with disasters. I totally disagree with his penchant for telling us his specific  (prophet) insight into God’s purposes with each weather event or bridge collapse. It is a serious business to announce the mind of God to the world. It is even more serious to attempt to downplay the immeasurable depth of God’s love for His people and this universe.

Folks, this last tweet appears to be crossing a line that emphasizes Old Testament judgment over New Testament grace. John Piper is sounding more and more like an angry old man who is relishing God’s destruction of people more than His expression of love and care for His lost sheep.

If God had been presented to me in such a fashion, I do not know if the insecure, vulnerable teen that I was would have sought out this God of destruction. It was His love for me that made me fall in love with Him!

And, to ward off the expected criticism (must they be so predictable?), I know that Jesus will destroy the current earth and create a new heaven and a new earth. He tarries because He does not want even one to perish. He runs after even one sheep that has gone astray. He LOVES us!

Folks, love is NOT a four-letter word.  In case you have been listening to these Calvinistas too long, I end with some Bible verses to hang onto as the current God of Destruction becomes the rallying cry for the King Calvinistas.

All Bible verses are from Bible Gateway link and the NIV (just to irritate the ESVO crowd).

The Lord your God is with you,  the Mighty Warrior who saves. He will take great delight in you;  in his love he will no longer rebuke you,  but will rejoice over you with singing.

For God so loved the world that he gave his one and only Son, that whoever believes in him shall not perish but have eternal life. For God did not send his Son into the world to condemn the world, but to save the world through him.

Humble yourselves, therefore, under God’s mighty hand, that he may lift you up in due time.  Cast all your anxiety on him because he cares for you.

But you, Lord, are a compassionate and gracious God,  slow to anger, abounding in love and faithfulness.

See what great love the Father has lavished on us, that we should be called children of God! And that is what we are!

Dear friends, let us love one another, for love comes from God. Everyone who loves has been born of God and knows God. Whoever does not love does not know God, because God is love. This is how God showed his love among us: He sent his one and only Son into the world that we might live through him. This is love: not that we loved God, but that he loved us and sent his Son as an atoning sacrifice for our sins.  Dear friends, since God so loved us, we also ought to love one another.  No one has ever seen God; but if we love one another, God lives in us and his love is made complete in us.

But because of his great love for us, God, who is rich in mercy, made us alive with Christ even when we were dead in transgressions—it is by grace you have been saved.

For through the law I died to the law so that I might live for God. I have been crucified with Christ and I no longer live, but Christ lives in me. The life I now live in the body, I live by faith in the Son of God, who loved me and gave himself for me.

But God demonstrates his own love for us in this: While we were still sinners, Christ died for us.

No, in all these things we are more than conquerors through him who loved us. For I am convinced that neither death nor life, neither angels nor demons,  neither the present nor the future, nor any powers, neither height nor depth, nor anything else in all creation, will be able to separate us from the love of God that is in Christ Jesus our Lord.

Know therefore that the Lord your God is God; he is the faithful God, keeping his covenant of love to a thousand generations of those who love him and keep his commandments.

Rejoice our friends. We are loved, really loved, and do not let any "authority drunk" King Calvinista tell you any differently.

In honor of the Piper tweet, we take a clue from that great American theologian, Tina Turner. She seems to be agreeing with Piper. I wonder, is she a prophet as well?