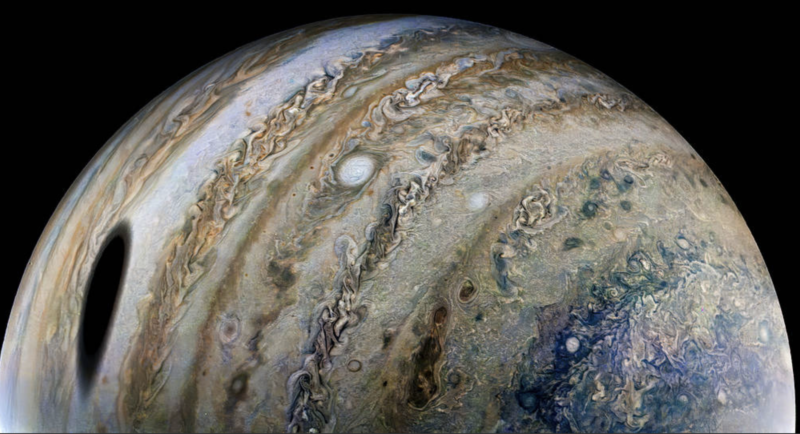 I want to thank an insider who sent this to me. I assume they want me to spread the word about this impressive document. Kudos to those who worked tirelessly to make this investigation and report a reality. I hope the US government will consider a similar analysis and report. We have been told that the US Department of Justice is investigating the Southern Baptist Convention due to that organization’s history of allegedly hiding sexual abuse committed by pastors. Indeed, this website was started when the author was forced to view an SBC church which she believe mishandled the horrific sex abuse of many young teen boys by an SBC seminary student.

Here is a link to the Executive Summary of this investigation that was seven years in the making: The Report of the Independent Inquiry into Child Sexual Abuse: Executive Summary: October 2022

For purposes of discussion, I will highlight some aspects of this report. In doing so, I will leave many vital areas untouched. My goal is to help the reader focus on a few relevant points.

Remembering thousands who spoke to the committee.

Professor Alexis Gray, OBE (Order of the British Empire), the Chair of this committee, delivered the folowing poignant tribute to the thousands of victims and survivors who came forward and told their stories.

Above all, I want to pay tribute to the many thousands of victims and survivors who came forward and told the Inquiry about the abuse they experienced. As Chair, I observed first hand the courage and bravery of so many who spoke candidly about the shocking acts perpetrated against them. I urge the UK government, the Welsh Government and all other relevant institutions to implement promptly the Inquiry’s recommendations which are designed to protect children from sexual abuse in the future.

Three million children have been abused before the age of 16.

Babies, toddlers and children are potentially at risk, with current estimates indicating that 1 in 6 girls and 1 in 20 boys experience child sexual abuse before the age of 16. In March 2020, the Office for National Statistics estimated that 3.1 million adults in England and Wales had experienced sexual abuse before the age of 16. Reflecting the guiding principle that the child’s welfare is paramount, the Inquiry’s recommendations are focussed on making England and Wales places for children to grow up safely and thrive.

The inquiry demonstrated the following realities.

Child sex abuse is not only endemic to England and Wales, but it is a global crisis affecting the US and the rest of the world.

As the Inquiry progressed, the extent of the global crisis in child sexual abuse and exploitation became increasingly clear. This is manifested in one way by the number of national and institutional inquiries being conducted across the world – including in the US, Australia, Ireland, Germany, France, Spain and Japan. The extraordinary, soaring numbers of child victims of internet-based sexual abuse also confirm the scale of the problem, providing evidence that the sexual abuse of children cannot be conveniently committed to the annals of history. Millions of child sexual abuse images can be accessed within just three ‘clicks’, many of which depict young children and babies.

The numbers of children involved are much higher than reported, even in this study, and children in need of help have not received services.

Nearly every one of the Inquiry’s investigation reports concluded that the true scale of sexual abuse of children is likely to have been much higher than the actual numbers recorded, and this continues to be the case with current methods of data-gathering. Information collected by children’s services shows high numbers of assessments where child sexual abuse and exploitation is identified as a risk factor, but the number of children placed on child protection plans under the primary category of child sexual abuse is comparatively low.

Who is more likely to be abused?

The high economic cost of abuse affects everyone.

While many may think that child sexual abuse is not a matter that affects them, the economic and social costs of child sexual abuse affect everyone. In December 2021, the Home Office published a study into the costs relating to children whose contact sexual abuse began or continued in the year ending March 2019. The estimated cost to society exceeded £10 billion.

How society has viewed the abuse of children.

Over decades, society’s responses to child sexual abuse have reflected its attitude towards children. At worst, within some institutions, children have been treated as commodities
at adults’ disposal to do with as they wished. In the mid-20th century, child sexual abuse was not believed to be widespread. There was even a belief that there was such a thing asa ‘seductive child’. The notion that child sexual abuse was ‘not harmful’ persisted into the 1990s and, in some professional spheres, responses to it were seen as ‘over zealous’ and characterised as a ‘moral panic’. In the 2000s, some responses became more child-focussed, but others continued to deflect blame away from perpetrators and institutions, especially in the area of child sexual exploitation. While some of these attitudes have been challenged, there remains an incomplete public understanding of child sexual abuse, exploitation and power dynamics. Children cannot consent to their own abuse, and questions of empowerment, inclusion and hearing children’s voices are still not being fully addressed.

Disturbing common themes across institutions. This is a must-read.

The pain and suffering caused to victims and survivors often affected many aspects of their lives.
Relationships – whether personal, familial or sexual – suffered. Physical, emotional and mental health was damaged, in some cases beyond repair. The institutional responses often involved insincere apologies and the inadequate provision of support and counselling, thereby compounding the harm.

The deviousness and cruelty of perpetrators was limitless.
Children were threatened, beaten and humiliated. Those with disabilities or other vulnerabilities were often deliberately selected for that very reason. Offenders groomed victims and befriended parents in order to create a veneer of genuine affection which not only enabled the abuse to be committed but often inhibited the subsequent reporting of any disclosure.

The scale and extent of child sexual abuse and child sexual exploitation are difficult to ascertain as data collection is poor.
The available data present a confused and confusing picture, and there is no consistent approach to the recording of data, including by key statutory agencies such as the police and local authorities.

Problems in the criminal justice system included investigative and prosecutorial failures.
Disruption tactics, which operate to prevent offenders from committing sexual offences against children, were underused. Delays in the system mean victims and survivors often have to wait years for the case to conclude.

The Inquiry also identified wider societal issues where responses to children’s disclosures were characterised by embarrassment, fear and disbelief.
There needs to be greater public awareness of the scale and scope of child sexual abuse and exploitation in order to improve our response to children who are abused.

A closer look at the section of the report that dealt with the Anglican church and its failure to protect children.

TWW published two posts that relates to the information in this section.

The Anglican Church did not live up to its moral purpose in teaching right from wrong.

As with other religious organisations, the Anglican Church is marked by its explicit moral purpose in teaching right from wrong. In the context of child sexual abuse, the Church’s neglect of the physical, emotional and spiritual well-being of children and young people in favour of protecting its reputation was in conflict with its mission of love and care for the innocent and vulnerable.

The Church of England failed to respond consistently to victims and survivors with sympathy and compassion, accompanied by practical and appropriate support. This often added tothe trauma of those who had experienced child sexual abuse by individuals connected to the Church. While there have been important improvements in child protection practice, the Church of England still has more to do to rebuild the trust of victims and survivors. Some internal past case reviews were flawed and inaccurate, and there was a tendency to minimise offending.

The Diocese of Chichester case study.

The Anglican Church investigation considered two case studies. The first was the Diocese of Chichester, where there had been multiple allegations of sexual abuse against children. Over 50 years, 20 individuals with a connection to Chichester Diocese, including four clergymen, were convicted of sexual offending against children. The responses of the Diocese were marked by secrecy, prevarication, avoidance of reporting alleged crimes to the authorities and a failure to take professional advice. Internal reviews failed to expose the nature and scale of the problem within the Diocese. Instead, they were used by Church leaders to act out their personal conflicts and antagonisms. The reviews ultimately came to nothing until 2011, when the Archbishop of Canterbury intervened by ordering a Visitation.

The moral cowardice of the Anglican Church, including Lord Carey, the then Archbishop of Canterbury, is exhibited in the Peter Ball case study.

The second case study concerned Peter Ball, who was a bishop in the Chichester Diocese before becoming Bishop of Gloucester. In 1993, he was cautioned for gross indecency.
In 2015, Ball pleaded guilty to further offences, including misconduct in public office and indecent assault in which he admitted that he had abused his position as Bishop of Lewes and Bishop of Gloucester to offend against 17 teenagers and young men. One victim, Neil Todd, was seriously failed by the Church and ultimately took his own life. At the time, the Church discounted Ball’s behaviour as trivial and insignificant, displaying callous indifference to Mr Todd’s complaints. The Archbishops’ Council accepted that the Church had displayed “moral cowardice” in response to the allegations.

The Inquiry found failings in the response of Lord Carey, the then Archbishop of Canterbury, including showing Ball a degree of compassion which he did not extend to his victims and not disciplining Ball after he was cautioned. Other people of prominence also supported Ball but without any consideration of the experiences of Ball’s victims.

I have barely scraped the surface of this ambitious investigation. Please read on for more on the inquiry into schools and care homes.

I have a request for those involved in this resourceful, seven-year inquiry into child sex abuse in the UK. Could you explain to your US brothers and sisters how this project came about? The US has much to learn from the UK.