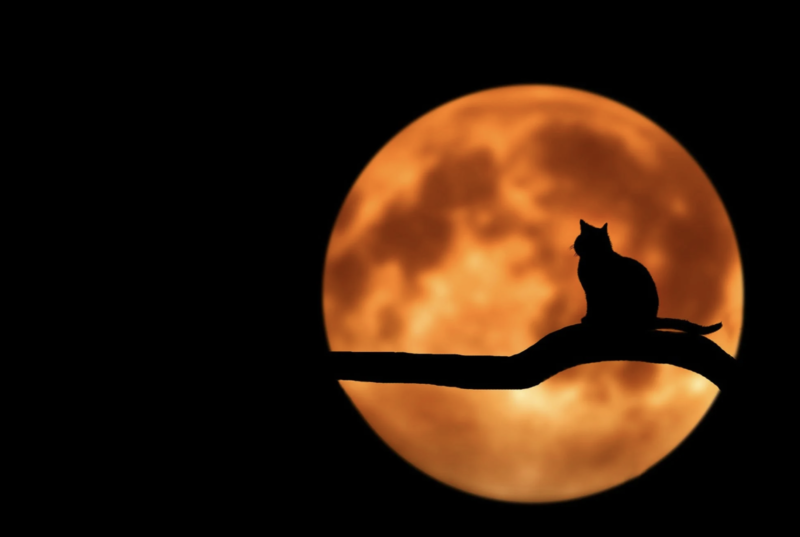 “People are always fascinated by infidelity because, in the end – whether we’ve had direct experience or not – there’s part of you that knows there’s absolutely no more piercing betrayal. People are undone by it”. Junot Diaz

Jerry Falwell Jr. was the head of Liberty University and was also considered one of the “go-to” evangelicals by politicians. We all know how that turned out. On November 1st, Hulu will release God Forbid: The Sex Scandal That Brought Down a Dynasty, featuring the “tell-all” Miami pool boy. I had a good laugh when I saw it featured the “Pool Boy.” I wrote about the mess when Politico interviewed him. Here is the trailer, but I warn you. It contains a significant “yuck” factor with rather explicit behavior on the part of the Falwells. More on that in November.

Liberty University in the aftermath of the fall of the Falwells.

Special thanks to Jeffrey Chalmers, who alerted us to this story. Call me naive, but I would expect that Liberty would attempt to steer clear of hiring those with accusations of improper sexual activity. After all, the University claims they are training “Champions for Christ.”

Join us at Liberty University where you’ll prepare for a successful career while we prepare you for life. With over 700 programs of study, state-of-the-art technology, and a gifted faculty, Liberty will equip you to enter a competitive job market. Learn, develop, and grow at Liberty so you can impact your culture as a Champion for Christ.

This University has an incredibly lengthy doctrinal statement. Here is a link.

When I clicked on the category of “Vision and Leadership,” I found a strategic plan, a list of the school’s senior and executive leadership and the school’s founder and a reminder that the University is currently searching for a new President.

Jerry Prevo is the interim President of the University.

An entrepreneur and Baptist minister, Jerry Prevo has been a member of the Liberty University Board of Trustees since 1996 and filled the role of Board Chairman since 2003. He recently retired as the senior pastor of Anchorage Baptist Temple in Anchorage, Alaska, where he served for 47 years.

In accepting this role, he stepped down as Board Chairman and officially began his new duties in August 2020. Since then, he has led the university with a renewed focus on Liberty’s foundational Christian mission.

I decided to look at the Board of Trustees, keeping in mind the great controversy swirling around the Falwells. Although I didn’t have time to investigate all the members (something I plan to do when I have a moment), one name jumped out at me- Jerry Vines.

I wrote about him in Part 2: Tiffany Thigpen Responds to Sharayah Colter: Jerry Vines Told Tiffany to Stay Quiet About Darrell Gilyard.

After Darrell attacked me during my Senior Year of high school, I wanted to hold him accountable so I went to  Dr. Vines, to report what he had done to me because I assumed that he would want to know and would do something about it. After all, it was Dr. Vines who wanted Darrell Gilyard to come and travel with our youth group to be the evangelist for our singing revival tours, he needed to know that he was a predator so he wasn’t used any longer. Also, Jerry Vines was the President of the SBC that year and had the means and power to do something.

But he didn’t, he never reported the crime committed against me to the authorities or anyone for that matter. He asked whom I had already told (he and my Mom and Dad, and my friend the Music Minister of Darrell’s church) and he said good, it is probably best that others don’t know and then words I’ll never forget, “it would be embarrassing for you if others knew” and as we left his office, “you know, given a little time these things tend to just blow over.” No outrage, no sorrow for me, no help offered, secrecy, shame and silence. Now, all of these years later, I know due to the video evidence, that he went to Texas and he and Patterson met with Gilyard and spoke for him on the stage at his church about the need for his restoration and again blamed victims (as seen on video).

This well-known incident was recorded on Wikipedia.

Jerry Vines was found to have covered up allegations of abuse by Darrell Gilyard towards young women with Paige Patterson from 1991. [8] One of several young women, abused by Gilyard, said she reported her abuse to Vines, who was reported to have responded by asking her to stay silent as “it may be embarrassing for her [the abused]”. He allegedly spoke to Paige Patterson and no police action was undertaken into the claims. [9]

If anyone has information on other board members, please let us know.

Is Brian Mentzer just another “who cares?” appointment to LU’s Senior Leadership?

Brian Mentzer was recently named VP of Development at Liberty University. He was fired from Riverdale Baptist Church, Upper Marlboro, MD, in 2016 for inappropriate behavior. I could not find Riverdale in the SBC Directory. Mentzer was then based in Alaska and was assumedly hired because of his connections to LU President Jerry Prevo. Here is his LinkedIn profile. 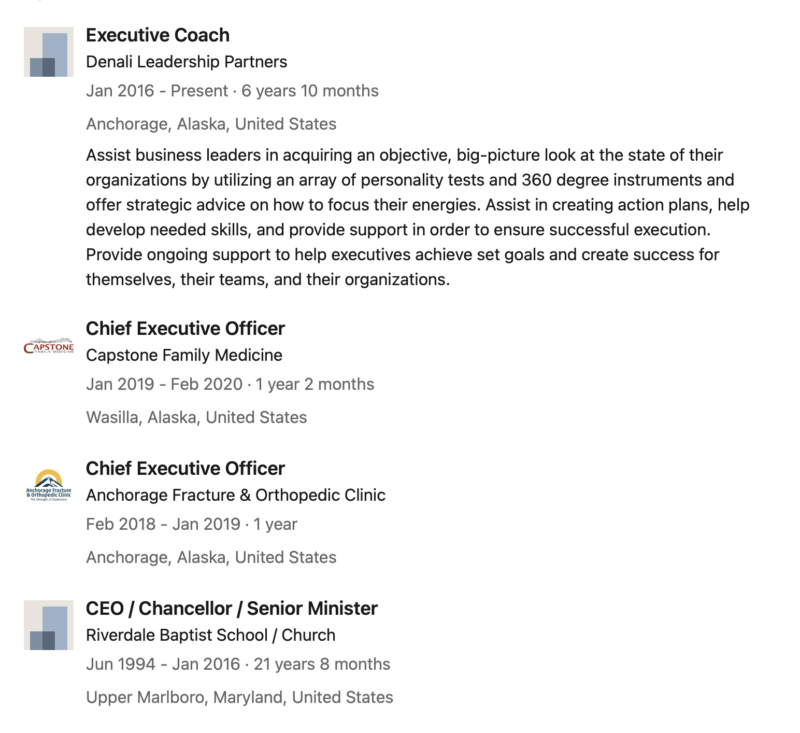 The following is a  sermon in which a Riverdale leader mentions the “disbelief, hurt, sadness” Mentzer brought to the church. It ends with a warning about being “slow to anger,” which seems a little misplaced admonition this early in the game. The previous Sunday’s sermon, which is not online, addressed Mentzer’s behavior more directly, according to people who were there: https://t.co/gHRWbrJAAq. Mentzer’s name comes up early in the sermon.

The week before, the church membership was informed of his inappropriate behavior, which led to his exit from Riverdale, and they took it hard. This man’s alleged behavior hurt and angered his entire large congregation. It caused him to be allegedly fired. Yet, despite this, Mentzer is considered to be part of the Senior Leadership at the school. Huh? 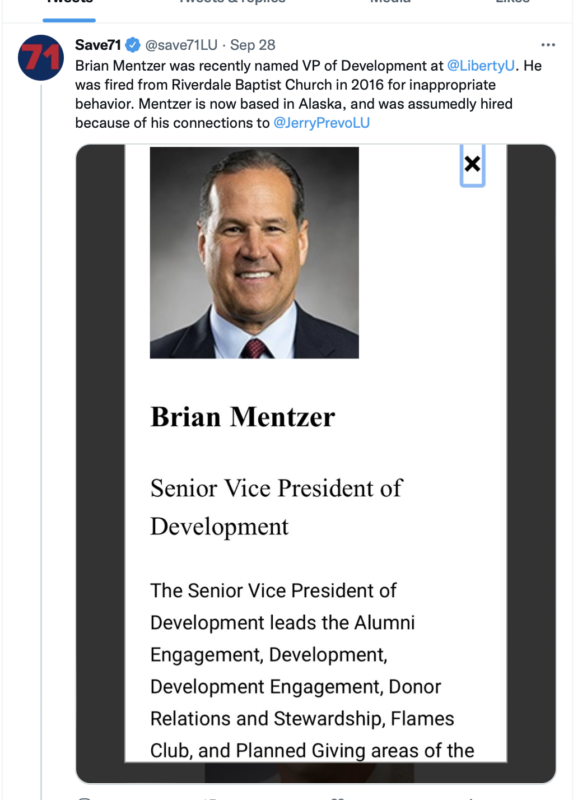 I don’t have much to say about this except that LU seems to have little problem with these two men; one who has a history of inappropriate behavior, and the other who allegedly did not report a sexual abuser and hurt an abuse victim by his callous behavior. Why do I get the feeling that there are more men of this ilk hiding out at this University which has pledged to produce “Champions for Christ?”