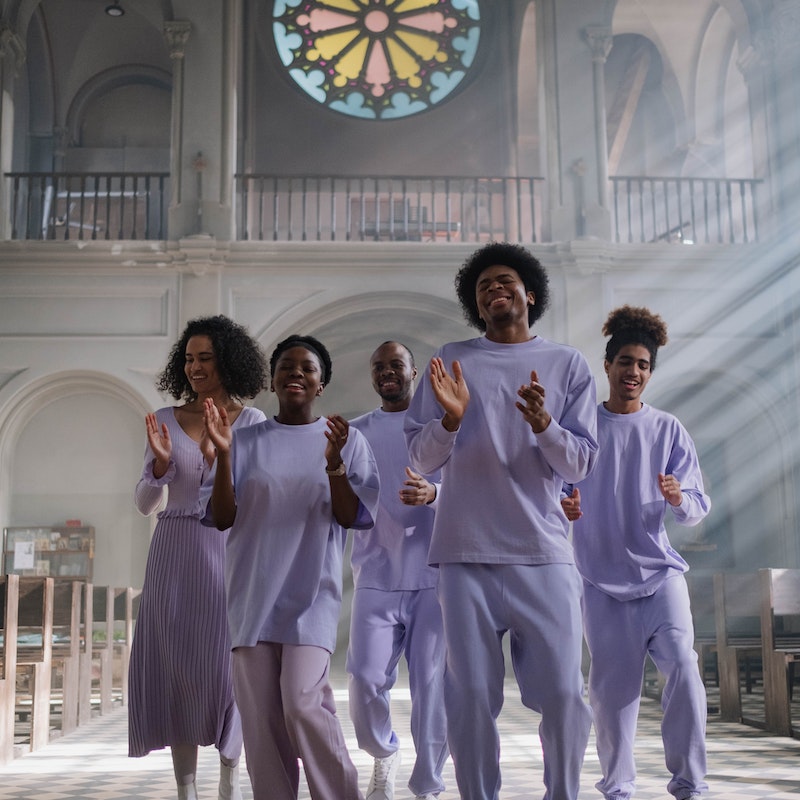 “The Church is not an automobile showroom – a place to put ourselves on display so that others can admire our spirituality, capacity, or prosperity. It is more like a service center, where vehicles in need of repair come for maintenance and rehabilitation.”  Dieter F. Uchtdorf

I bought her a little pillow when my first baby grew old enough. My husband asked me about it. I told him it was just like those children’s books that described things like “What is a zebra?” So, we began to call it “What is a pillow?” I was going through a box recently and found it, still remembering.

Last week I wrote Christian Entities Like Samaritan’s Purse Claim They Are Churches to Hide Salaries and Donors. What Else Are They Lying About? It looks like this situation is garnering some interest on the part of legislators.

First, what is a church?

I know it is the entire body of believers. For some, it is a group of believers gathering around an agreed-upon definition of shared beliefs that meets regularly for worship. I found this definition to be helpful.

The Church Local Versus the Church Universal

The local church is defined as a local assembly of believers or a congregation that meets together physically for worship, fellowship, teaching, prayer, and encouragement in the faith (Hebrews 10:25). At the local church level, we can live in relationship with other believers—we break bread together (Holy Communion), we pray for each other, teach and make disciples, strengthen, and encourage one another.

Due to a confusing definition of what constitutes a church in the IRS coding, a number of Christian organizations have declared themselves to be a church. It appears that some politicians are calling “Foul.” Julie  Roys posted Democrats Call On IRS To Review Family Research Council’s ‘Church’ Status.

House Democrats are asking the IRS to review the tax-exempt status of a prominent conservative advocacy group recently reclassified as a church, arguing the organization may be exploiting the designation to avoid scrutiny.

Forty Democratic lawmakers, led by U.S. Reps. Suzan DelBene of Washington state and Jared Huffman of California, outlined their concerns in a letter sent to the head of the IRS and the secretary of the Treasury on Monday, singling out the Family Research Council (FRC). According to a recent report from ProPublica, the FRC successfully applied to be reclassified as a “group of churches” in 2020.

Lawmakers say that while the FRC often appeals to faith and advocates for a “biblical worldview,” the status change “strains credulity” because the group operates primarily as “a political advocacy organization.”

Let’s look at the letter to see how these members of Congress/the IRS define a church.

The IRS list of attributes of a church, developed in conjunction with court decisions, includes the following:

There is a limitation in the law which governs the amount of political activity in the said church. The definition hinges on is “substantial part of activities devoted to political action.” The members of Congress who signed this letter believe that it is clear that the Family Research Council devotes a significant amount of time to politics.

All section 501(c)(3) organizations, including churches, “must not devote a substantial part of their activities to attempting to influence legislation, political activity, or public policy.”2 The FRC is primarily a political advocacy organization that is “committed to advancing faith, family, and freedom in public policy and the culture from a biblical worldview.”3 Recently, the FRC filed amicus briefs supporting the overturning of Roe v. Wade, advocated for legislation that would ban gender-affirming surgery, and sought religious exemptions to civil rights laws.4 FRC claiming to be a church strains credulity: they do not hold religious services, do not have a congregation or affiliated congregations, and do not possess many of the other attributes of churches listed by the IRS5. FRC is one example of an alarming pattern in the last decade – right- wing advocacy groups self-identifying as “churches” and applying for and receiving church status.

The following statement troubles me, not due to the actions of Congressional members but due to the perception that the FRC and other Christian organizations are ABUSING the tax code.

Given that the FRC is primarily an advocacy organization and not a church,6 we urge the IRS to swiftly review the tax-exempt status, and whether there are other political advocacy organizations that have obtained church status, but do not satisfy the IRS requirements for churches, integrated auxiliaries, and conventions or associations of churches. Further, we urge the IRS to improve the review process for organizations seeking church status to ensure that organizations that are not churches cannot abuse the tax code. Finally, we request the IRS determine whether existing guidance is sufficient to prevent abuse and what resources or Congressional actions are needed to ensure adequate implementation and enforcement moving forward.

What happens when the actions of some Christian organizations are seen as just more groups out to play games with the tax code?

Baptist News Global posted When is a ‘church’ not really a church? Only when defined by the IRS.

Through Form 990, any donor or interested person may easily learn about a nonprofit’s financial status and get an idea for how it spends its money. All Form 990s are available for public view on the IRS website and on the websites of other donor-focused sites such as GuideStar.

It is one thing for a local church not to be required to report the $70,000 annual salary given its pastor. Still, quite another for a multimillion-dollar nonprofit to be able to shield from donors the $700,000 salary of its president.

Even SBC entities play this game. Did you know that the North American Mission Board’s salaries are hidden?

A small difference is that SBC entities are required by the denomination to file annual financial reports that are published online, while parachurch organizations like Samaritan’s Purse or Family Research Council have no such oversight and make very little financial information public. But the financial reports published by the SBC do not include all the same information required on an IRS Form 990 — specifically, compensation information for leaders.

Lately that has frustrated critics of the SBC’s North American Mission Board, who believe leaders of the Atlanta-based agency are living large on church offerings.

It’s not just the SBC agencies that get to shield such information by being classified as churches; all denominational entities in the U.S. are able to claim the same. It is the parachurch ministries that previously were left out because they can’t claim the cover of a denomination.

What is the  Johnson Amendment?

Whether a nonprofit is classified as a church or not has no bearing on the Johnson Amendment, an IRS regulation in the news lately.

This 1954 law says 501(c)(3) organizations — which includes churches and many other nonprofits — may not endorse political candidates or participate in partisan political campaigns, under threat of losing their nonprofit status. Being labeled a “church” does not take away scrutiny on this issue; in fact, it likely increases scrutiny.

Now, this is another subject entirely. We all know churches that routinely ignore this. Baptist News Global posted a funny account of the most unusual Greg Locke.

Greg Locke, pastor of Global Vision Church in Nashville, Tenn. Locke has made all manner of outlandish declarations, including denying the reality of COVID-19, saying there are witches in his church and he knows who they are, to declaring that he will not allow any Democrats to be members of his church and that no Democrat can be a Christian.

This statement was in violation of the Johnson Amendment, but Locke, as usual, responded in his typical fashion and dissolved his 501c3.

Locke beat the IRS to the punch, however. In a May 22 sermon, he announced: “I dissolved our stinking 501(c)(3) in this church, because the government ain’t gonna tell me what I can and what I can’t say. So IRS, we don’t need your stupid tax exempt status. You can put it in a bag and burn it in your front yard for all we care. I renounce 501(c)(3) communism in this church! So we’ll say what we want to, Skippy Lou. The IRS, the FBI and everybody we’ve been turned in to can eat my dirty socks on live TV. I’m sick of it!”

Do you think God cares if we fudge?

And so it goes. On my long drive, I’ll read your thoughts on “What is a church?”.