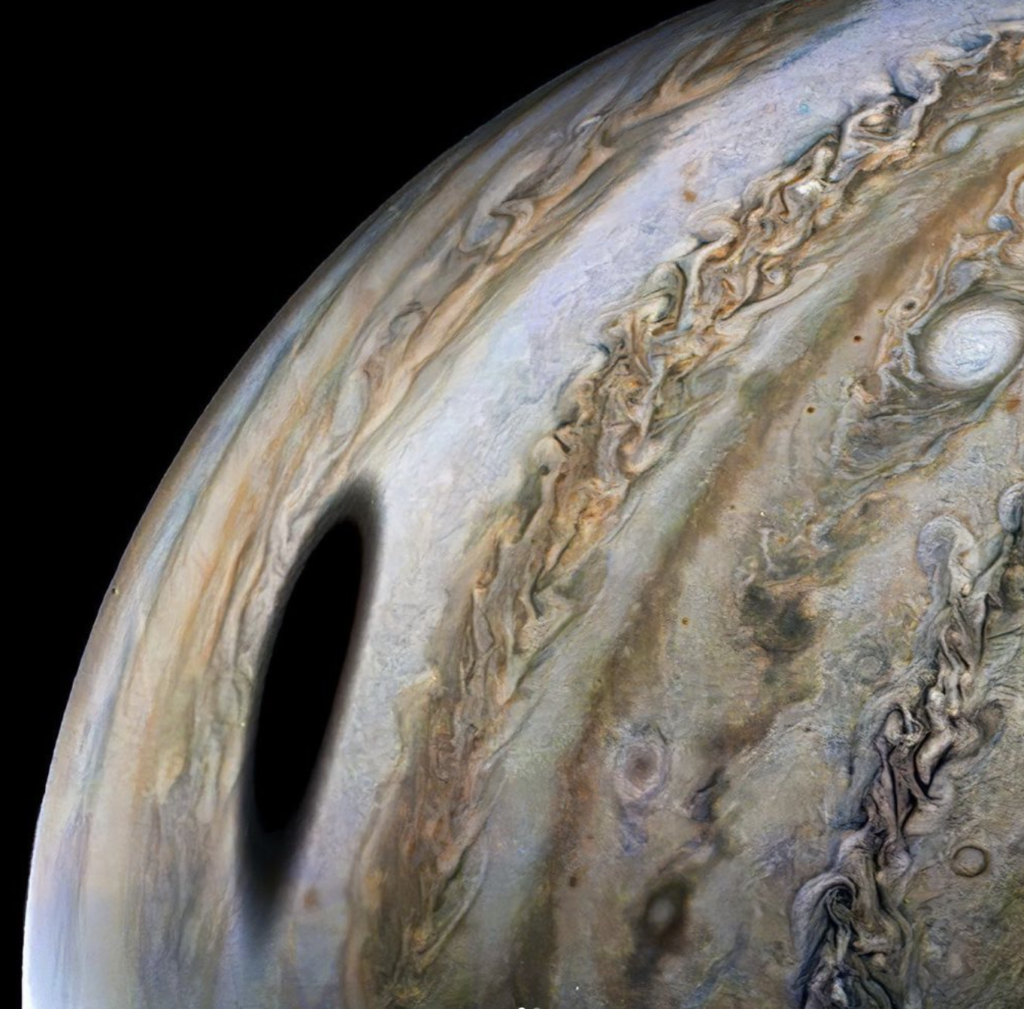 The large, dark shadow on the left side of the image was cast by Jupiter’s moon Ganymede. NASA

How many of you went to one of those marriage seminars in the 1990s or later in which lots of jokes were told about “How women are” or How men are?” As recently as a few years ago, I was at a Christian event where a husband and wife told lots of supposedly amusing stories that put men and women in boxes of “How we are supposed to be.” It was always something like “Men need respect” and “Women need love.”

I have always felt like an outlier. I want to be loved. Doesn’t everybody? But I also want to be respected. If I’m disrespected, I don’t see how I can feel loved. I have rarely laughed at jokes in these supposed seminars and once got up to “go to the ladies’ room” to cool down.

The Emerson Eggerich fallacy is still making the rounds in the post-evangelical wilderness.

Psychology Today presented an article that questions this premise in Women Need Love and Men Need Respect? by Dr. Shauna Springer.  She discusses Emerson Eggerich’s book, Love and Respect. ( I had to giggle that he made sure Dave Ramsey endorsed the book.).

…A few pages later, he asserts, “Husbands are made to be respected, want respect, and expect respect. Many wives fail to deliver. The result is that five out of ten marriages land in divorce court”

She then makes an important observation. Eggerich uses the word “esteemed:”

He informs his male readers that a wife will feel “esteemed” when “you are proud of her and all that she does,”

She points out that one could easily use the word “respect” in the place of “esteem.” She decided to test her theory that women want to be respected as much as men. Here is what she found.

The first phase of data collection for The Lifestyle Poll was based heavily on a Harvard college graduate sample. In this group of 300 women, 75 percent reported that they would rather feel alone and unloved than disrespected and inadequate.

She admits her sample is biased and should not be applied to all women. I agree with the statement that I would rather be alone and unloved as opposed to being disrespected in my own life.

Many jokes during this time of the 1990s and 2000s centered around these supposed differences between men and women. Frequently, I would say to myself, “I’m not laughing.” As I would look around the room during such seminars or talks, I noticed other women appeared uncomfortable.

Times have changed, and some of our Christian leaders aren’t keeping up with the shifts in sentiments of the Millenials and younger folks. Today I read an interesting article by Jonathan Merrit written in 2021 that speaks to this point. Albert Mohler’s darkest hour:

For more than 30 years, Dr. R. Albert Mohler has been among the best known and most revered leaders in the Southern Baptist Convention, and when he chose to run for president of the country’s largest Protestant denomination, he was widely considered the favorite. But at their annual gathering this week, the 17,000 “messengers” in attendance declined to press the denominational laurels upon Mohler’s brow.

…The SBC presidency was expected to be the crowning achievement of this stellar career. But when results were announced, Mohler had come in a distant third behind two lesser-known candidates, failing even to qualify for the runoff.

Mohler’s supporters were stunned. I, too, was shocked, but for a different reason: It’s not that Mohler lost, but that he didn’t see it coming.

…The once-towering conservative intellectual, who fancied himself a culture watcher and marketed himself as a culture warrior, utterly failed to discern the “signs of the times”

Dr. Danny Akin’s 2003 antiquated “treatise” on the differences between the sexes.

Times have changed, which leads me to my question. What happens when times change and Christian leaders have written books filled with jokes that today might come across as cringeworthy?

Here is a case in point. Dr. Danny Akin is the President of Southeastern Baptist Theological Seminary. He is a contemporary of Dr. Al Mohler. He wrote God on Sex: The Creator’s Ideas about Love, Intimacy, and Marriage. See what you think of this list. 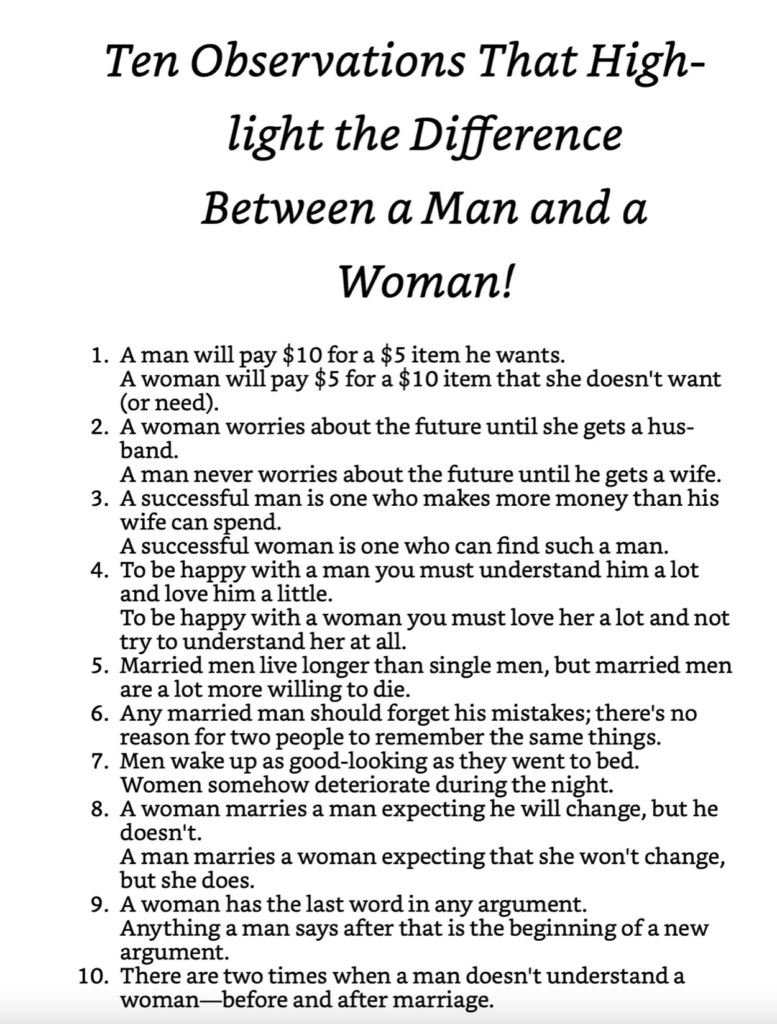 A woman reviewed this book on Amazon and said it well.

I am far older than today’s Millenials, and I find Dr. Akin’s “joke” list disturbing. Frankly, I think most of us were shoehorned into rooms, listening to sexist nonsense that women need love and don’t care about respect. This fits in quite well with the complementarian message. Women need to know their place, and that place doesn’t need to involve being respected. Perhaps this erroneous message contributed to domestic abuse.

In marriage, raising children, and friendships, we must both love and respect one another. I do not see how those can be separated.

Akin’s “just joking around” list disrespects women and needs to be removed from publication. But I’m sure the good old boys will think this is funny. Then again, they don’t get how times have changed.