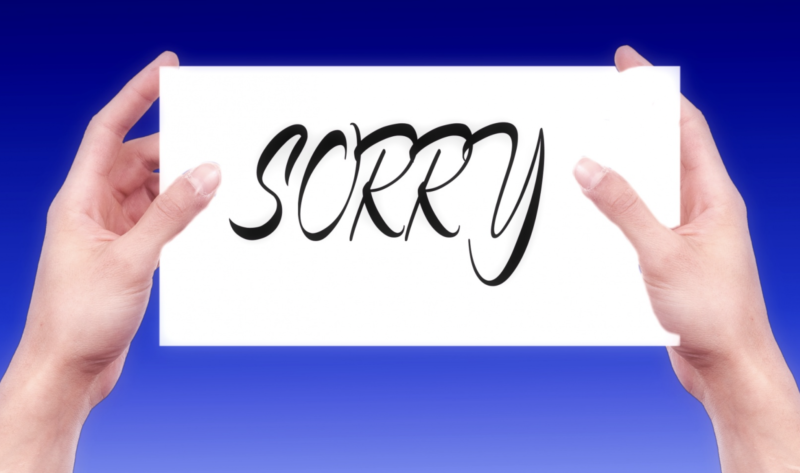 Getting over a painful experience is much like crossing monkey bars. You have to let go at some point in order to move forward.” –C.S. Lewis

Let me begin by saying that I’m sorry for saying that I could not support G.R.A.C.E. I do support them with my whole heart. I hope that they will forgive me.

We had a small group with a focused mission.

Let me explain what I experienced to bring some clarity to this process. The whole experience at Providence Baptist Church was disconcerting for all of us. I remember telling one of the men in our group that I was sorry that he had to endure this mess. He said to me something along the lines of “I’m glad I saw this. I have seen a side of the church that I didn’t know existed.”

There were eight of us who confronted the church on one particular point. A young teen had reported that Doug Goodrich had encouraged nudity for the guys who were in his cabin at a summer camp. This was reported by his parents to the youth pastors in a meeting. The parents were part of our group of 8. The pastors blew it off, calling it “locker room humor.” Goodrich would go on to horribly molest a number of boys. Thirteen would testify but there were likely more.

He was discovered by the police molesting another boy in a park. Our group contended that had the youth pastors reported the disturbing behavior of Goodrich at the camp, it would have avoided another year of molestations. The youth pastors denied such a meeting took place. I believe this young teen told the truth but nobody came to him and admitted they were wrong. This is all that we wanted to get at. Nothing else except justice for the teen boy who had to endure Goodrich’s behavior at the camp. We did not deal with any other topic.

Legal language was unsettling to us

I was naive as were the others. The attacks by the church leaders startled me. However, we persevered under tremendous stress. Then, they began an internal investigation. It was a disturbing process. It got even worse when the internal review discovered that the law did not require the pastors to report what happened. From what I heard, the pastors were thrilled. We did not believe we should talk to Samantha given that there there was a legal issue involved. Never, ever talk to a lawyer without another lawyer who has your best interests at heart  The church leaders were concerned that the church could be sued. Then the tables were turned and we believed that the pastors were going to attempt to sue us.

At this point, there was a comment made that we had decided, on my blog, not to name the church until the senior pastor retired. That isn’t correct. During that disturbing time, we were being asked who our lawyer was. To us, right or wrong, this meant they might sue us. We received great advice from Jeff Anderson but we decided, at that point, we would not name the church or pastors on the blog I was starting to write. Please understand. At this point, we were worried, disappointed, and dismayed.

I have always loved the church and the anger I had experienced from the church leaders was distressing. Let me give you an example. They spread the rumor that my marriage was in trouble. I heard this from a number of people  A short time after we left the church, I wrote about this. This elder came to my husband and asked him to forgive him for starting and spreading that rumor. Can you imagine what else was being said? He was the only one who ever apologized to us, the parents, or the young man.

‘The internal investigation was disquieting.

Because of this experience, we, rightly or wrongly, began to distrust the church leaders. We also began to understand how problematic an internal investigation can be. After we left the church, my husband and I were disappointed as we traveled to a few churches in the area and saw a number of things that I have written about. We are grateful to have landed in a wonderful Lutheran church. It was there that we began to let go of that experience. It was also there that, during confession, I knew that I needed to write this.

G.R.A.C.E came to me and I was reactive.

So, when G.R.A.C.E  came to me and asked me to tell them what happened, it brought everything out that I had put away.

I was so surprised that I began to experience what happened in the past all over again. When they went ahead with the hiring, I felt it was akin to the rejection on the part of the pastors and the internal investigation. I was disconcerted by the intensity of my feelings. I haven’t been able to sleep well since this started. I think this also contributed to my response for which I’m remorseful. I told my husband that I wished they had never come to me in the first place. I even wondered if I should stop blogging and volunteer in some of the outreach programs of my church. He disagreed. He believes that all of this will help me to become more humble and less reactive. He made me smile when he said, “You could have been sweeter.” That is his way of saying that I should have been measured in my response. He’s right.

Although I told the truth as I perceived it, I am still disturbed and disappointed in my reaction. As I keep my eye on the goal to prevent and expose abuse in the church, I must continue to speak what I believe to be true. However, I need my responses to be more measured and nuanced. In that vein, I am sure Samantha will do what is expected of her. I wish I had met her under different circumstances.