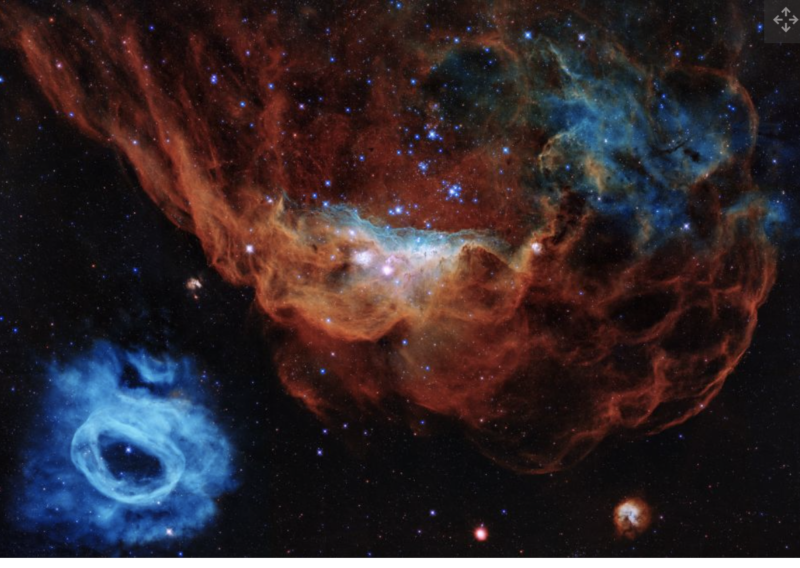 The greatest evils in the world will not be carried out by men with guns but by men in suits sitting behind desks.C. S. Lewis

Wow! There is so much going on that I don’t know where to begin. Things are still concerning on an issue that I must keep confidential for now. However, the day is probably coming within the next two weeks that all will be revealed. I promise you all will be the first to know.

I believe that the reason that there is so much disturbing information out there is due to the SBC Annual Meeting which runs from June 15-16. There is a great deal of disagreement and pain on behalf of the SBC members, including sex abuse victims who may have been used to promote a platform as opposed to being loved and supported.

Frankly, if things continue as they are, I predict a split in the SBC. If not an outright split, a continued precipitous decline in membership. One thing is certain, the SBC has little street cred and the following two articles will not help matters.

A second letter by Russell Moore is leaked in which he blames the SBC for mishandling sex abuse while he endured legal threats and accusations.

I’m certainly glad to hear him acknowledge what many advocates knew. In my opinion, the Caring Well Initiative was a dumpster fire as many watching realized that this was mere *virtue-signaling* on behalf of the SBC. The Houston Chronicle report on sex abuse in the SBC caused SBC leaders to find a response, any response but make it seem like the SBC cares. So it was no surprise that The Christian Post reported: SBC leaders mishandled ‘crisis of sexual abuse,’ Russell Moore claims in second leaked letter.

Southern Baptist Convention leaders mishandled a “crisis of sexual abuse” in the denomination through methods such as intimidating whistleblowers into silence and exonerating churches with credible allegations of negligence of sexual abuse victims, according to Russell Moore, the former leader of the Ethics & Religious Liberty Commission.

Apparently, this letter was written by Moore to JD Greear. It should not come as any surprise that they received all sorts of threats, legal and otherwise. At least it was no surprise to me as I had contended with veiled legal threats by some in my former church. Thankfully, I had excellent legal counsel and would assume that Greear and Moore had the same.

“Simply speaking to the press or, in your case, reading off the names of churches already identified in the Houston Chronicle reporting by Rob Downen—not in your case as indictment, but merely as warranting an examination—resulted in backroom and hallway threats of retribution and intimidation. These included possible attempts to ‘censure’ you to investigations and defunding, and all the rest,” he said.

Then came accusations directed towards the survivors, calling them *crazy*and *worse than predators.”

You and I both heard, in closed door meetings, sexual abuse survivors spoken of in terms of ‘Potiphar’s wife’ and other spurious biblical analogies. The conversations in these closed door meetings were far worse than anything Southern Baptists knew—or the outside world could report. And, as you know, this comes on the heels of a track-record of the Executive Committee staff and others referring to victims as ‘crazy’ and, at least in one case, as worse than the sexual predators themselves,”

Some of the leaders expressed undiluted rage towards Moore, Greear, and others.

“Behind all of this was the undiluted rage that you and I faced from Executive Committee officers—including the then-chairman. This included but was hardly limited to the tense meeting that you, Todd Unzicker, and Phillip Bethancourt from my team had with Mike Stone and Ronnie Floyd in Atlanta in May of 2019. There Stone vigorously insisted on delaying the formation of a credentials committee to assess churches reported to be mishandling sexual abuse,

Stone vigorously insisted on delaying the formation of a credentials committee to assess churches reported to be mishandling sexual abuse,

Ronnie *Armani* Floyd, president of the SBC’s Executive Committee and possessor of skillful hands responds from both sides of his mouth.

I have received a copy of the letter from former ERLC president Russell Moore to our current SBC president J.D. Greear. Some of the matters referenced occurred prior to my coming here in this role. For those matters of which I was present, I do not have the same recollection of these occurrences as stated,”

In case you are wondering about the Armani part, Floyd is well known for his sartorial skill and that is his nickname by some. This was a precursor to “Pastors and Sneakers.”

It appears that I, along with other advocates, are part of a Satanic scheme to derail evangelicalism according to one SBC leader.

I, along with others, have always been known as “Daughters of Stan* which does have a male auxiliary. It now appears that we have an evil game plan to take down evangelicalism. First of all, evangelicalism has done that all on its own. In fact, I contend we now live in the post-evangelical wilderness (Thank you-Internet Monk.) Let’s see what’s going on.

The Roys Report posted Former SBC Leader Says Abuse Survivor Advocates Are Part of ‘Satanic Scheme’ to Derail Evangelism Apparently, Augie Boto, who was a former executive vice president of the SBC’s executive committee and its general counsel sent an email (the recipient is redacted) in 2019. The Baptist Blogger received a copy of that email.

it was not because I don’t think sexual abuse is a bad thing. I do. But I think Southern Baptists should not react by changing the denominational structure in ways that really will not change the frequency of occurrence. Our “record”, taken as a whole, does not justify that sort of priority, and the lack of efficacy of many of the things being “insisted upon” not only does not justify their use, the insistence is for something useless in the first place – a mirage that will not slake thirst. If “we” are going to address sex abuse, it has to be done church by church and person by person rather than from central non-authoritative and far-distant body.

…This whole thing should be seen for what it is. It is a satanic scheme to completely distract us from evangelism. It is not the gospel. It is not even a part of the gospel. It is a misdirection play. Yes, Christa Brown and Rachael Denhollander have succumbed to an availability heuristic because of their victimizations. They have gone to the SBC looking for sexual abuse, and of course, they found it. Their outcries have certainly caused an availability cascade (just like Lois Gibbs did in the Love Canal example). But they are not to blame. This is the devil being temporarily successful.

Christa? Rachel? Partakers in a Satanic scheme? This is codswallop. One could do the same thing with Augie. He has been looking for a reason not to be concerned about sexual abuse in the SBC and he found it. He may be part of a Satanic scheme that takes down many, many churches. If we ignore the reality of sexual abuse in the SBC, we will make the same mistake that the RCC made. RCC leaders thought the claims of abuse were overblown. They refused to deal with priests who were abusing an unknowable number of boys. The more they ignored it, the worse the problem became.

Is Augie feeling a bit guilty about something? Maybe so.

The Roys Report reported that Rachel Denhollander had some disturbing information about Augie supporting a known pedophile.

In response to Boto’s leaked email, Denhollander published a series of tweets, revealing that Boto protected a pedophilic coach in 2018.

According to Denhollander, Boto testified on behalf of Mark A. Schiefelbein, a former gymnastics coach who was convicted of multiple counts of severe sexual assault against former gymnast Becca Seaborn.

“I won’t go into what Becca’s testimony at trial had to entail, and the evidence that was submitted by the child victims, but it was horribly graphic,” Denhollander tweeted. “Augie attended the trial and sat through all that testimony because he was ‘interested’ in it.

Denhollander also notes that Boto used his position with the SBC to qualify as an “expert” witness and argue that there were errors in Schiefelbein’s trial.

“(T)wo years after Becca’s story started a tidal wave and we knew that USAG (USA Gymnastics) had a file on her abuser that was inches thick, of prior warnings, Augie came to court with his SBC credentials, and did his best to get this man released.”

In other words, Augie apparently used his SBC credentials in an attempt to defend a pedophile.

Years later, in a 2018 hearing where Schiefelbein sought a new trial, Boto testified on Schiefelbein’s behalf as an expert knowledgeable about jury trial proceedings. He cited his position as general trial counsel for the Executive Committee of the SBC as one of his qualifications.

“I have known Augie for many years and appreciate his close walk with the Lord, his deep commitment to his family, his active involvement in his local church, and his love for the Southern Baptist Convention,” Floyd told Baptist Press at the time. “He is a Christian gentleman and a godly layman of the highest order.”

However, Floyd now claims he didn’t know about the Satanic scheme comment.

Floyd said in an email today that when he praised Boto two years ago, he was “absolutely not” aware of Boto’s email calling advocates part of “a satanic scheme” or his testimony on behalf of the former gymnastics coach.

Would it surprise you that Boto has been involved in a sketchy financial matter?

I’m sure it wouldn’t. Something about being involved in diverting funds…

Boto agreed not to hold any leadership positions within SBC entities as part of a settlement between a charitable foundation Boto helped direct and two SBC schools—Baylor University and Southwestern Seminary.

Can you imagine the discussions at the SBC annual meeting?