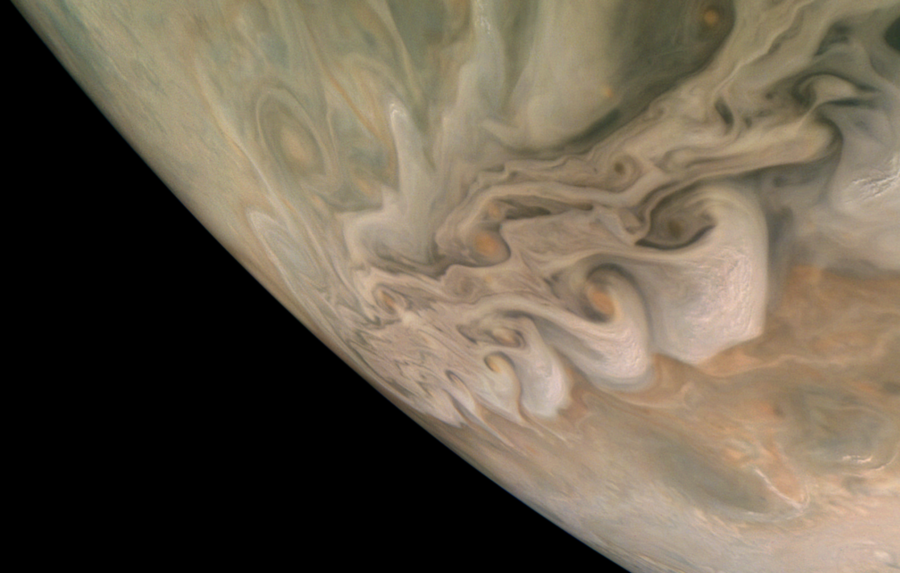 Closeup of Clouds on Jupiter-NASA

“People have always struggled with the same needs – to be accepted by their friends and family, to find their way to God, and to make a contribution to their world… there have always been charismatic figures ready to take advantage of those most afraid and most hopeful.” Churches that Abuse by Ronald Enroth

This post is about Bethany Church in Baton Rouge. This church has had three generations of Stockstills running this church. If you take some time and read through the church website, you will quickly see that the Stockstills appear to be the only authority in this church. In fact, Joel Stockstill, brother of head pastor Jonathan Stockstill, along with his former wife, Amie (who died from cancer) ran the infamous and apparent cultish *teen intern” program. The church is huge and has several locations. However, there do not appear to be any oversight committees or elders for this church.

The church is charismatic in practice according to their affirmation of faith. I found these particular affirmations interesting.

Jonathan Stockstill appears to have taken a similar path to Mark Gungor. There is no mention of any education beyond high school but he claims to be an internationally recognized worship artist.  In fact, he is now recording songs at Bethany. Looks to me that recording music is his thing and he mixes it into his role a Bethany. He is one busy guy and apparently overlooked what was going on with the “training” of the interns. According to NBC News:

the 40-year-old pastor is trying to preserve his public image as a hip preacher who relates to younger people and who is also the frontman for a Christian rock band called Deluge.

I might disagree. I bet there is a monetary incentive in tying his music to his church but that’s for another day.

NBC and other major news outlets have picked up this story of interns getting abused.

On May 18, 2021, NBC posted This church program is accused of abusing teens with extreme ‘boot camps,’ ‘fight nights’ and shame.

“Boot camps” where the trainees learn the Way of the Cross by exercising until they vomit or soil themselves — and by hefting heavy logs on their shoulders through the sweltering summer heat.

Participants who are Black or suspected of being gay being taunted with racist and homophobic slurs, and female interns being fat-shamed.

This program was called 220i which comes from Galatians 2:20 NIV.

The little *i* means that the person is supposed to be like that verse. It Is misinterpreted by the church to mean the kids mean very little and that is how they were treated.

I have been crucified with Christ and I no longer live, but Christ lives in me. The life I now live in the body, I live by faith in the Son of God, who loved me and gave himself for me.

Things were reportedly out of control at this program run by the head pastor’s brother, Joel.

The UK Daily Mail posted Leaders of a Louisiana megachurch ‘forced teens on $5k Christian leadership program to exercise until they were sick, used homophobic and racist slurs and shot them with paintball guns from golf carts’

Make sure you understand this. These teens had to pay $5,000 just to be part of the program. This did not include charges for room and board as well as travel.

So far there doesn’t appear to have been an apology from Joel Stockstill, who boasted at a 2011 leadership conference that “the Lord has given me a creative ability for servanthood and discipline.”

“I just have supernatural creative ideas on how to administer the rod of brokenness to the backside of a foolish intern,” he said in a video posted to YouTube.

Here is an apology, of sorts, from lead pastor and internationally recognized musician who does not seem to have had any specialized training for the ministry. This was posted on his FaceBook on April 28, 2021.

NBC documented allegations that Joel and his wife would target kids who were fat. They also encouraged black interns to conform to white beauty standards.

Joel Stockstill eventually remarried, and ex-interns said his second wife, Amie, would “police our clothing, our hair, or makeup, even our weight,” Emerson said.

“Every week, she checked our BMI, and if you were above a certain BMI, you got called out publicly and put on restricted diets. There are girls still suffering from eating disorders because of this,” Emerson said.

Amie Stockstill would tell the female interns “to be fat meant that you had sin in your life,” Claire said. She would also force the Black interns to “succumb to whiteness” by relaxing their hair and “conforming to white beauty standards,” she said.

In the meantime, the church was allegedly marketing this program to other churches. According to NCC News:

Bethany Church marketed the 220i ministry to other churches, drawing participants from across the United States and from countries as far away as Malaysia, the ex-interns said. The interns lived at the church in a dormitory-type setting for the duration of the 10-month program.

Black male interns got the worst of the allegedly bad housing.  According to NBC:

“I lived in a four-bedroom house with 21 girls,” Claire said. “We only had two bathrooms. We only had one kitchen, one laundry room. The house’s A/C was broken during the summer, and they never fixed it. We were constantly sick because of the close quarters and how old and moldy the house was.”

There was next to no privacy, and they were monitored by “housemoms” only slightly older than them “who would punish us for minor ‘infractions,’ like talking to a boy, by making us scrub floors and do other menial labor,” Claire said.

Things were no better for the male interns, especially the Black male interns, who were relegated to the filthiest rooms in the dorms the church used, the interns said.

Lawsuits may be in the works

According to Christianity Daily:

Those who talked to NBC News, on the other hand, viewed it as a public relations gimmick intended at averting a “potential lawsuit by the more than 100 men and women” who have formed an online survivors’ group.

I wish them well and intend to keep following their efforts.