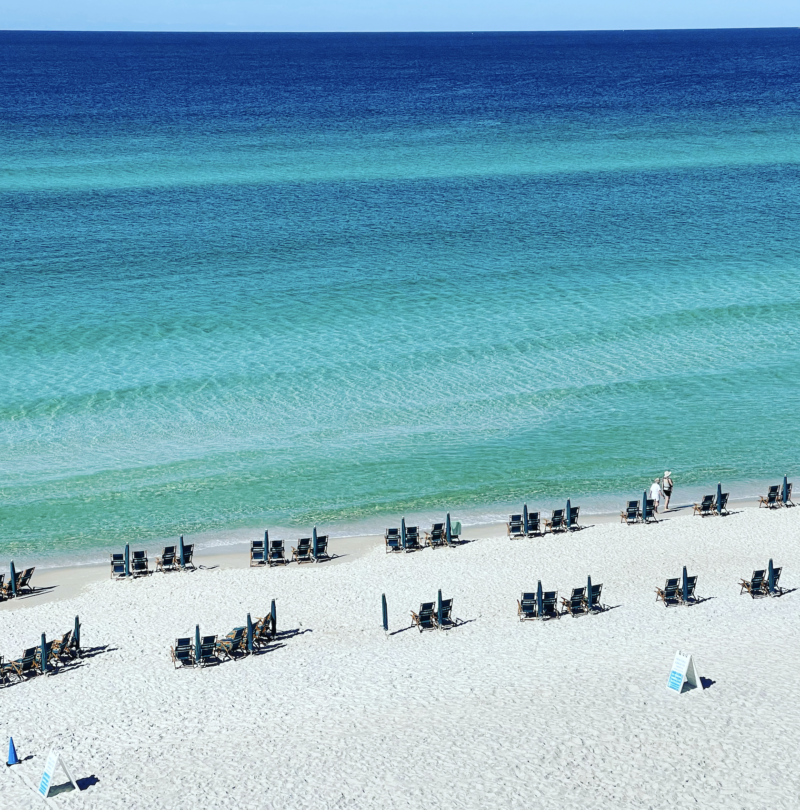 The view outside my window today.

“You know it’s a real salvation when Baptists use cold water.”
― Jared Brock, A Year of Living Prayerfully: How a Curious Traveler Met the Pope, Walked on Coals, Danced with Rabbis, and Revived His Prayer Life link

As you can see, it is a beautiful day on 30A in the Panhandle of Florida. It is my last day here and I plan to enjoy every last bit of it! Tomorrow we drive home. My husband and I are the workhorses for the family, carrying beach items and heavy suitcases while the rest of the family flies down here. I hope that the gas situation is improving. We drive straight home and will need gas along the way. So, this post will be short but quite interesting.

What is the SBC going to do about this? A gauntlet has been thrown down by Rick Warren of Saddleback Church. The Baptist News reports: Largest church in SBC ordains three women as pastors For those of you who don’t know, Saddleback Church is the largest church in the SBC. That’s right! The quasi denomination that, according to the Baptist Faith and Message, does not ordain women! Uh oh!!

The largest church affiliated with the Southern Baptist Convention ordained three women as ministers May 6, sending shock waves through the male-centric leadership of the nation’s largest non-Catholic denomination.

Saddleback Church, founded by Pastor Rick Warren and his wife, Kay, in 1980, announced on Facebook that on May 6 it had ordained three women as ministers in a “historic night.”

On Mother’s Day, which fell three days after Saddleback’s ordination, the Sunday morning online message was given by Kay Warren. Although she is not among the newly ordained, her delivery of the Sunday morning message in worship was sure to further alarm the strictest of male leadership advocates within the SBC, who insist women should not preach sermons to men.

It has been a hard year for the SBC. Numbers in the SBC continue to decline. Beth Moore has ditched the SBC in search of a denomination that treats women with more respect. To top it off, there has been an exodus of well-known African American black pastors.

Baptist News Global reports that this situation at Saddleback could cause problems for the beleaguered SBC.

In recent years, the SBC has expelled churches from membership when they go against the denomination’s stated positions on key issues, such as LGBTQ inclusion. While local Baptist associations have removed churches for ordaining women, the SBC has not.

The Saddleback news, however, could push that issue to the forefront, as some SBC pastors immediately took to social media over Mother’s Day weekend to call for Saddleback’s expulsion.

JD Greear, having presided over a number of issues including sex abuse in the SBC, critical race theory, and the departure of Beth Moore, claims he is “disappointed” with Saddleback’s decision. I bet he can’t wait to end his presidency in June. Here it is, straight from the horse’s mouth. Saddleback Church and Women Pastors

This weekend, Saddleback Church celebrated the ordination of their “first three women pastors” in what  they called “a historic night” for the church. Unsurprisingly, this has led to a lot of discussion over the past few days about the role of women in the church and the future of complementarianism.

While I have long respected Saddleback’s ministry impact and heart for getting the gospel to the nations, I disagree with their decision to take this step, and would even say I find it disappointing. As Pastor James Merritt noted, we can affirm both (1) that God calls men and women to vital ministry in the church and (2) that God’s Word clearly reserves the office of pastor/elder/overseer for qualified men. (That these three terms refer to the same office can be seen by comparing the three terms’ parallel usage in 1 Timothy 3:1–7, Titus 1:6–9, and 1 Peter 5:1–5. For more, read our position paper below.)

Reading on, you can see The Summit’s view of the position of women in the church. It is really quite simple. No Women Pastors or Elders. It’s the same old, same old no matter how much he *elevates* women. It hasn’t worked. There is a reason that Beth Moore said “Outta here.”

To make matters worse, Al Mohler blundered when he quoted from a slaveholding SBC founder. According to Baptist News Global:

Other denominational leaders stopped short of calling for expulsion but made their displeasure clear.

Al Mohler, president of Southern Baptist Theological Seminary in Louisville, Ky., and candidate for SBC president this summer, posted on Twitter a comment from John Broadus, one of the seminary’s slave-holding founders, about why women should not be allowed to “speak in mixed public assemblies.”

The real issue: What is the dilemma facing the SBC with this move by Saddleback?

OK. We could do the obvious and debate egalitarianism versus complementarianism just like this guy over at Julie Roys’ blog post on this matter: Saddleback Church Ordains 3 Women Pastors, Defying Southern Baptist Position.

It’s the same old set of arguments that will never be resolved. I want to try something different.

So let me spell it out.

So, what do you think will happen? Back to the beach. Coming home tomorrow.