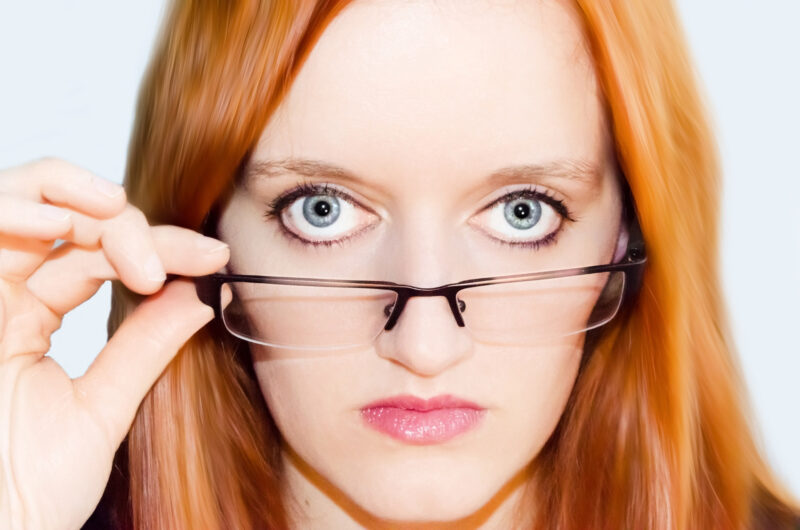 Evil is unspectacular and always human, and shares our bed and eats at our own table. W. H. Auden

The information in this post makes a statement. Actually a really bad statement. Frankly, I’m disgusted. Here is a link to the articles I wrote about Iain Campbell. I first heard about Campbell when I read an article in which the wife of Iain Campbell was being blamed for her husband’s alleged many infidelities. What worried me was that the Free Church of Scotland was going to posthumously honor Campbell.

Why? Campbell was what my deceased father would’ve called a *big shot* theologian. He was sought for positions all over the world but chose to stay in his small church on the beautiful and very Presbyterian Isle of Lewis. However, when he died rumors were circulating that he really loved the women on the Isle of Lewis. Yes, that was tongue in cheek. Some of the people blamed his dear wife for his prodigious preoccupation with serving the women of his island. (I just can’t help myself.) The other *theologians appeared ready to overlook his indiscretion because he was an incredible theologian. I wrote Looking Further at Iain Campbell and Others: What is a Dishonest Hypocrite? after I wrote the rather explosive account Blindsided: The True Story of the Circumstances Surrounding the Death of Iain Campbell

It was explosive because an individual whose identity will never be revealed sent me emails from Campbell to his paramours. Certain men of the cloth demanded to know how I had come into possession of said emails. I had a good laugh. One person who works in Edinborough told me that my post was being discussed in many circles. The information could not be ignored. And so, the Western Isles Presbytery convicted Campbell post mortem. And well they should have. Certain theologians quietly removed their *he hung the moon and stars* obituaries.

I am deeply disappointed in some individuals who appeared to want to overlook the volume of women Campbell misused in order to honor him because he was a *good* theologian. I bet some of them would say these women were not abused. They simply had affairs. Some of these theological geniuses may still believe that Campbell had simple, consensual affairs with all of those women. These dudebros overlook the power differential which was wielded by Campbell in order to get what he wanted.

I have to admit that I was pretty shocked by the theologians and pastors who continued to support him after his death by suicide. His wife confronted him when she found proof of his assignations. There were many, untold numbers in fact. Instead of dealing with his sins, he took what he thought was the easy way out. Yet supposedly he knew that judgment was waiting on the other side. This action leads me to believe that Campbell did not embrace the faith he claimed to know. You can read about the bizarre circumstances surrounding his death in the blindsided post

As time has gone on, I have to wonder about Campbell’s faith. Yes, he was a theologian but was he a believer? They are not the same thing. I have come to believe that evil men use the church for their own ends. I believe that someone could study Calvinist theology and become a good teacher and preacher and not believe a word of it. Campbell didn’t just *slip* one time. He had sexual contact after sexual contact. He also allegedly was seeing more than one woman at a time. This went on for years.

I also have a hard time believing that none of his friends ever suspected what was going on. Here is what I wrote in Blindsided. 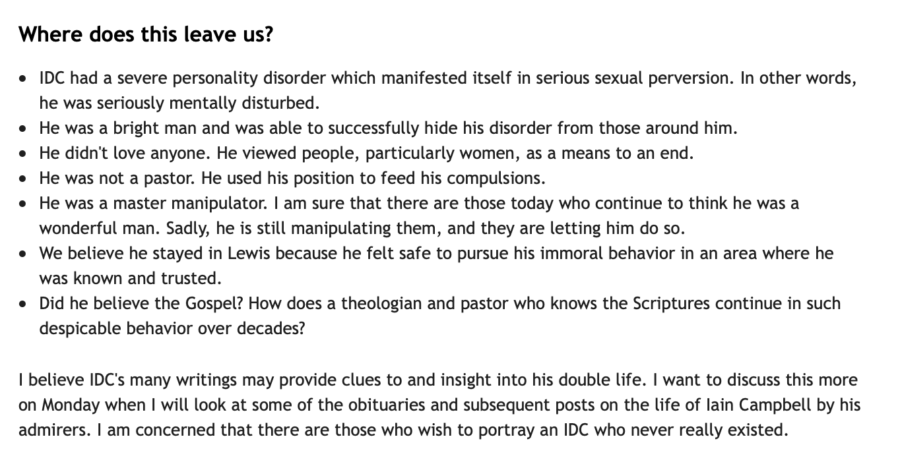 Friends of Iain Campbell continue to honor him.

I will not tell anyone how I got these photos and information. One thing is certain. Some people cannot let go of the exceedingly creepy Campbell. Read carefully what John MacLeod wrote. Watch as history is rewritten to make his followers *feel better.* 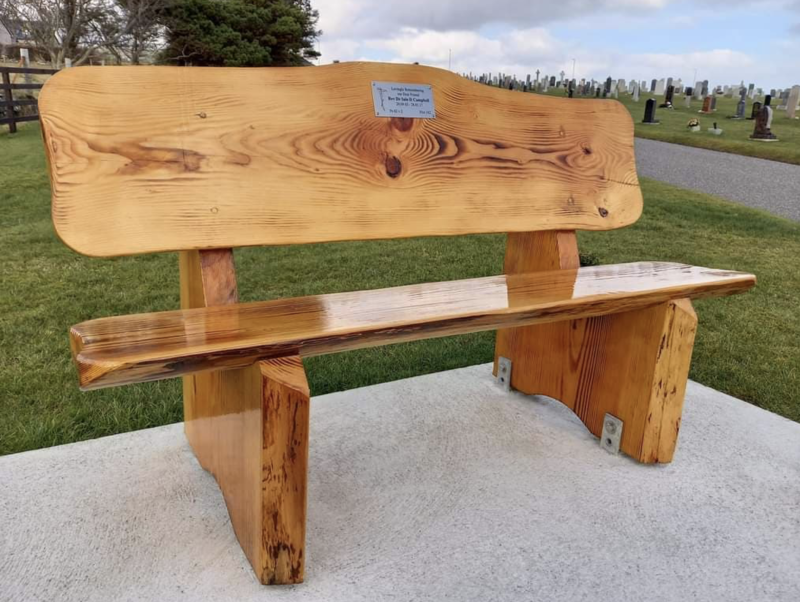 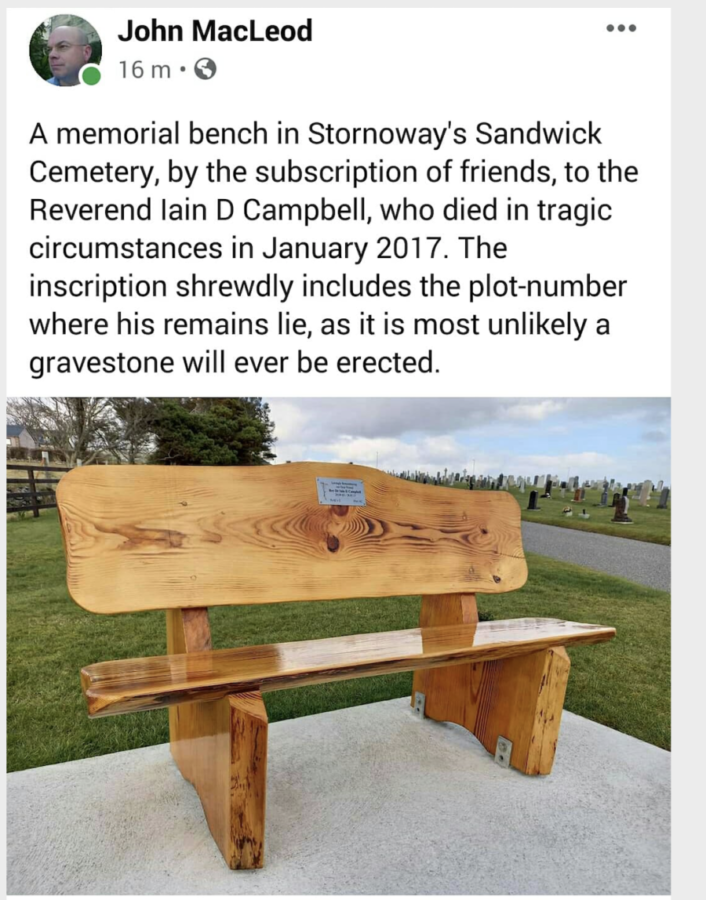 Please pray for Campbell’s wife and adult children. The appearance of this *tacky tribute* can only cause more pain.

“Ignoring facts does not make them go away.” Fran Tarkenton