“Where could Elmer find a profession with a better social position than the ministry -thousands listening to him -invited to banquets and everything. So much easier than -Well, not exactly easier; all ministers worked arduously -great sacrifices -constant demands on their sympathy -heroic struggle against vice -but same time, elegant and superior work, surrounded by books, high thoughts, and the finest ladies in the city or country as the case might be. And cheaper professional training than law. With scholarships and outside preaching, Elmer could get through the three years of Mizpah Theological Seminary on almost nothing a year. What other plans had he for a career? Nothing definite? Why, looked like divine intervention; certainly did; let’s call it settled. Perhaps he could get Elmer a scholarship the very first year.”

“Let every man abide in the calling wherein he is called and his work will be as sacred as the work of the ministry. It is not what a man does that determines whether his work is sacred or secular, it is why he does it.”
― A.W. Tozer, The Pursuit of God: The Human Thirst for the Divine 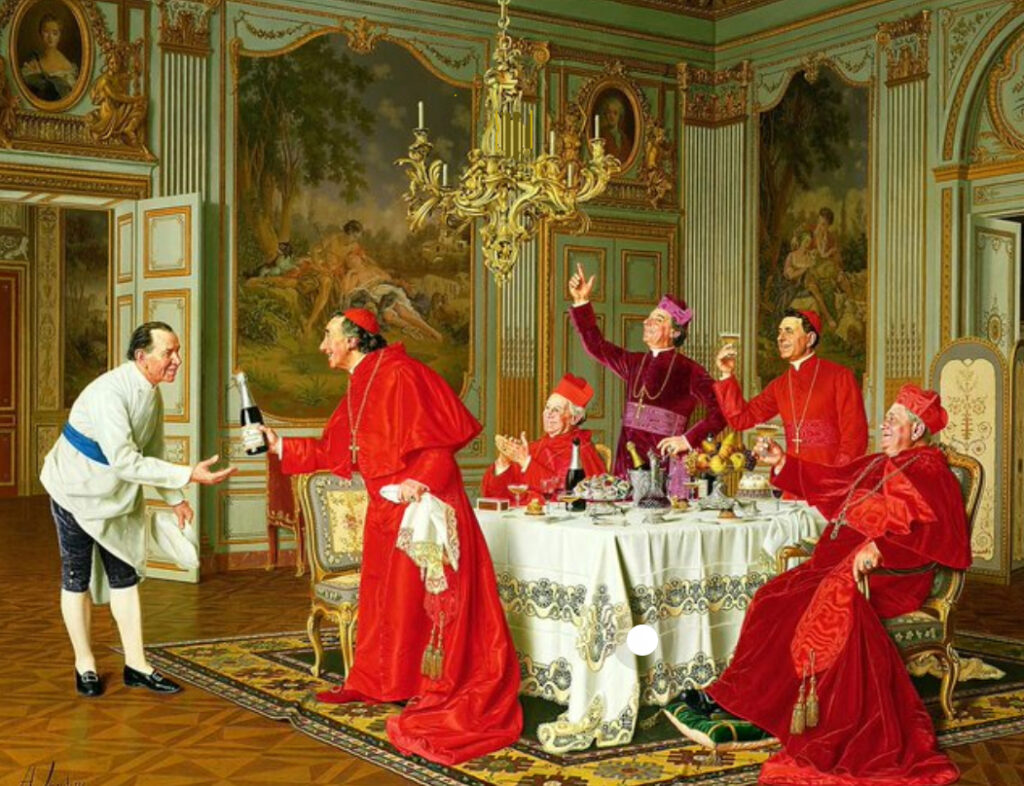 Back in the halcyon days of my life as a member of Sovereign Grace Church of Gilbert (Now rebranded as Center Church), I had willingly submitted myself to the youthful senior pastor who was only a few years removed from the Sovereign Grace Ministries Pastor’s College. (I bought the Sovereign Grace Ministries interpretation of Hebrews 13:17). This “college” was an intensive tenth-month indoctrination into the ways of Sovereign Grace Ministries and was held at Covenant Life Church, the epicenter of the denomination. C.J. Mahaney, the onetime senior pastor of CLC called the church “the happiest place on earth.” That was prior to Mahaney anointing the youthful Joshua Harris the senior pastor, freeing up Mahaney to pursue greater revenue streams. A few years later the sexual abuse scandal within Sovereign Grace Ministries story broke and C.J. Mahaney didn’t find Covenant Life Church to be his happy place after all. He fled for a short time to Mark Dever’s Capitol Hill Baptist Church and then determined that Louisville, KY was in dire need of another Baptist Church so he took his cadre of Kool-Aid swilling loyalists there to “plant” a new franchise. 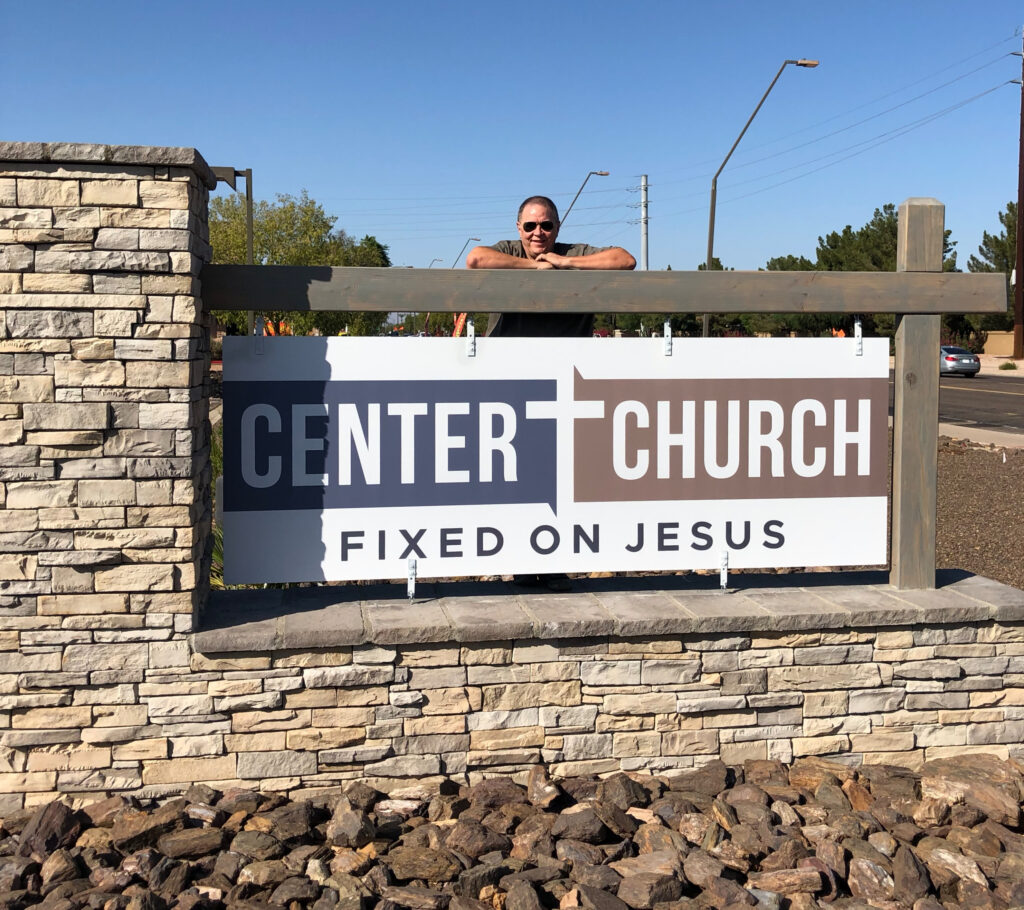 While attending Sovereign Grace Church of Gilbert I also participated in Care Groups, Alpha Ministries, the Welcome Team, patrolled the parking lot during church services, helped set up for occasional week-end conferences and clean up after the conference was over, helped several of those I was “doing life with” move to new residences and worked full time (oftentimes overtime) as an air traffic controller at Phoenix TRACON. I did this with a good heart, as unto the Lord. Years later I read on SGM Survivors website that Sovereign Grace pastors didn’t work quite as hard as us rock-throwing peasants.  For example, when pastors had their weekly “date night” (strongly pushed by pastors to help build a healthy marriage) they got off work early that day. When there was a weekend conference at our church the pastors took off time in the middle of the week since they were “on the clock” while at the conference. (I imagine they did the same when they participated in the evening Alpha course.)   I must admit I lost a bit of my joy when I read about this. I doubt I am the only individual who feels this way. Many people I knew at Sovereign Grace worked just as hard as I did at earning a living and donated many hours of service to the church. While I don’t know specifics as to the salaries and vacation time these pastors received, I believe it was very generous.

All this leads me to the subject of today’s blog – sabbaticals for pastors. This seems to be an item that the professional clergy class in the Evangelical world is really pushing these days. While I don’t deny that many pastors work hard, some of them are even in the Sovereign Grace Churches denomination, I frankly don’t understand the felt need of lengthy sabbaticals. To be perfectly honest I feel it is an attempt to carve out additional vacation time.  You will see below that the professional clergy class has anticipated my complaint and responded by saying that their vacation time is generally spent with family and they need extra time to read deeply, study a subject of particular interest, recharge their batteries, etc.  I guess taking a vacation to a beach with a stack of books doesn’t count!

I get a distinct feeling that the professional clergy class with whom I am familiar are a bunch of pampered, prima donnas who consider themselves intellectually superior to those in their churches. Do they not think that those of us who have secular jobs also are intellectually curious people who love to read, learn and grow?  We are. We work hard, we look forward to vacations and we spend what little free time we have pursuing things that interest us. If I could convince an employer into giving me an extra three-month paid vacation every three years in addition to my normal vacation I would gladly accept the benefit. But it’s not going to happen. I guess I could have been a school teacher, but while I hold teachers in high regard, it is a job I am not cut out for.

Let me add that I cannot recall a single pastor I knew in my early years who had a sabbatical, and I attended churches of all sizes and denominations. Sabbaticals seem to be a fairly recent thing for pastors. I would guess they are a product of mega-churches and prosperity. While the material I have read and listened to advocate for sabbaticals for pastors of smaller churches, acknowledging that these pastors actually work harder than pastors at churches that employ a large staff, I doubt many of these pastors actually get a sabbatical.

Now I want to let you listen to 9Marks and The Gospel Coalition pastors discuss sabbaticals, after which I will present you with an interesting case of a former pastor of mine who is on a sabbatical. 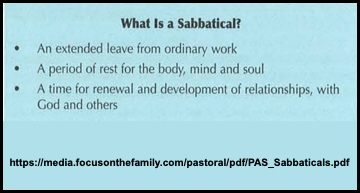 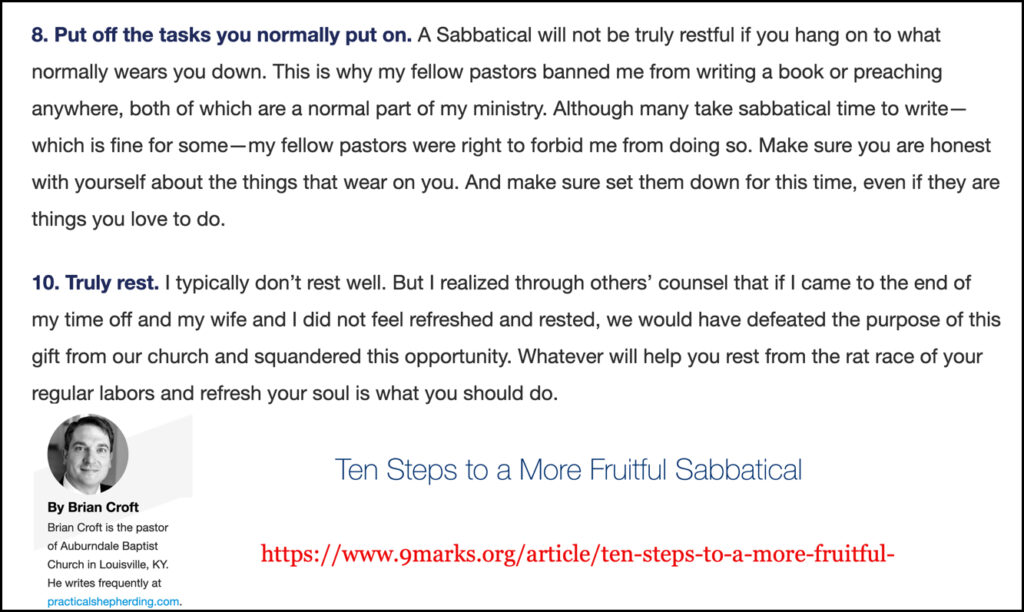 You can listen to the 9Marks podcast here. I recommend fast-forwarding to the 5-minute mark to skip over all the introductory chatter.  At Capitol Hill Baptist Church staff pastors must submit a form for approval of their sabbatical to senior pastor Mark Dever. Included is the purpose of the sabbatical, or how the staff pastor intends to spend the time, along with a requested time period for the sabbatical. Dever may suggest a different area of focus for the staff pastor and the specific time period needs to be worked out, but he always approves the request.

It was recently brought to my attention that John Folmar, senior pastor of United Christian Church of Dubai, has taken a six-month sabbatical.  While on the sabbatical Folmar obtained employment as an interim pastor for Sunset Canyon Baptist Church, This church is not a 9Marks church nor does it have any ties to Sovereign Grace Churches.

If you listen to all the proponents of sabbaticals for pastors they stress that the purpose of a sabbatical is to get a break from the daily grind and responsibilities of daily pastoral duties. It is a time of refreshment, a time to get a break from preparing a weekly sermon so you can read or study various theological topics of interest. Nowhere did I find it recommended that a pastor take a paid sabbatical so he could work another job as a pastor and draw a second income. I talked to a friend of mine who I knew from my days in Dubai and he was surprised to learn that Folmar was doing this. He said the congregation was told the sabbatical was to deal with some family issues and he figured that perhaps Folmar’s elderly father was in poor health and in need of care.

I asked a friend of mine who is a pastor if he thought Folmar obtaining employment as a pastor while on a sabbatical was ethical. His response was that the elders of UCCD were aware of the situation and had approved it.  Left unsaid is the fact that Folmar’s elder board is comprised of yes-men that would likely approve whatever he requested, but that doesn’t make it ethical. 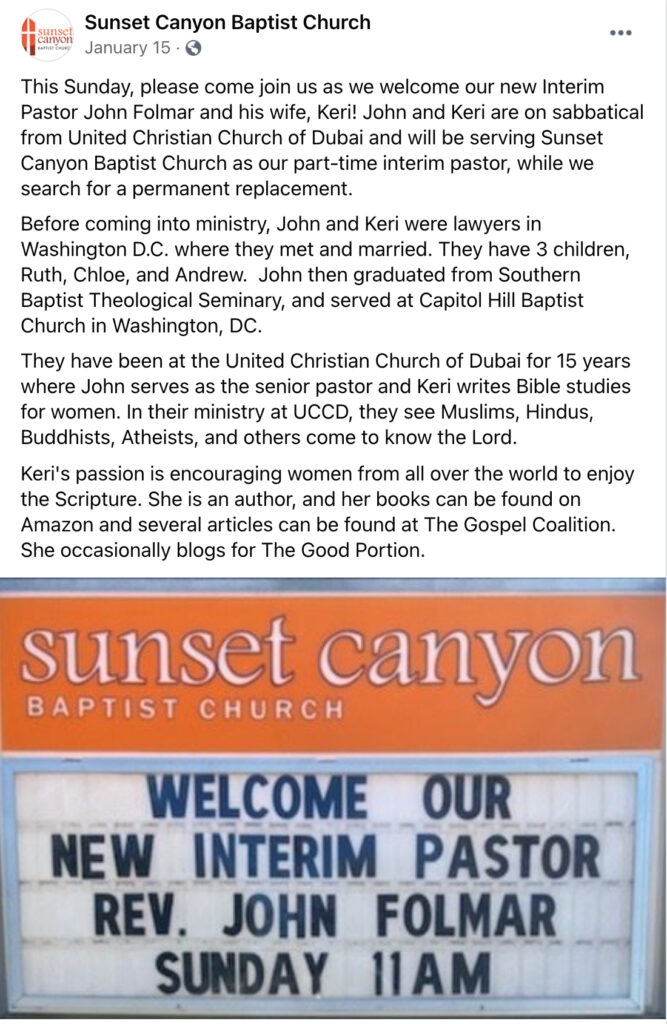 “It was the first sabbatical the small, blue-collar church had considered, so a reassuring part of the sabbatical policy was a provision that the pastor would stay at the church for at least one year after the sabbatical’s end. The pastor accepted the terms gladly, since he had no desire to leave.

His sabbatical was a delight of exploration, reading, worship in other places and styles, healthy activity, and prayer and reflection on where his ministry at the church would lead. It was also interrupted by a job offer extended to his wife. Though neither felt called to make a move, the wife decided it was good to take a look, and the potential employer flew the minister husband to the new location for a day as well. The visit confirmed that they were not interested.

As is often the case in church circles, however, word got around (was it from their 3-year-old?). Someone heard that the pastor was using his sabbatical to find a new job. Two lay leaders called a meeting, and the pastor tried to explain. But the damage was done, and leaders felt betrayed. The feelings of mistrust lasted for more than a year, until a consultant advised the congregation: “Let it go.”

Do you know what would impress me? I would like to see a pastor take a sabbatical and get a respite from the grind of his job by helping build homes with Habitat For Humanity, or some other type of service-oriented work.  Let me know if you have ever heard of that happening. I am also interested in hearing your thoughts on sabbaticals.

“East Side Of Town”
by Lucinda Williams

You think you got problems
You don’t know the half of it.
I hear you talk about your millions and your politics
You wanna cross the poverty line
You wanna have a look around
Why you don’t come find me – on the east side of town

You think you’re Mr. Do-good
You know what you’re talking ’bout
When you find yourself in my neighborhood
You can’t wait to get the hell out
You wanna see what it means to suffer
You wanna know what it means to be down
So why don’t you come over to the east side of town