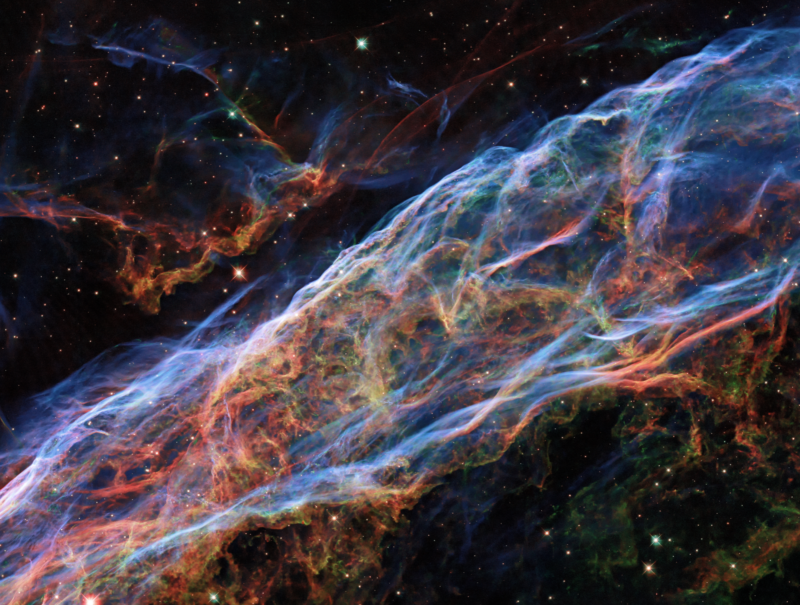 “If you want to change the world, pick up your pen and write. Martin Luther
“God writes the gospel not in the Bible alone, but on trees and flowers and clouds and stars.” Martin Luther

I have been asked to write about why I have chosen to become a Lutheran. Recently, I heard a sermon by a 9Marks pastor who denigrated those of us who follow a church calendar. Lord willing, I will write about this on Wednesday, followed by Todd who had the misfortune of being a member of that 9Marks pastor’s church.

I chose the name of my blog long before I considered becoming a Lutheran. I have always had a love of church history and taught some adult Sunday school classes on the subject. I have long been a fan of Martin Luther. I especially loved his pursuit of the truth of his faith, causing him to stand firm in front of the pope because he could do no other. The pope was not amused and pursued Luther to Germany but his actions came too late. Some German princes hid Luther in Wartburg Castle. There he finished his translation of the New Testament into the language of his people. When he emerged from hiding, many of his works were published by the Gutenberg Press which had just been invented. You might find this article by the Washington Post of interest. The power of Luther’s printing press.

Today we have the internet which is our Gutenberg Press. It allows the average person to weigh in on subjects of interest. My experience with the molestations of a number of teens at my former Reformed SBC Baptist church was what drove me to this medium even though I am not technically proficient (which is an understatement if ever there was one.)

Let’s back up for a minute. I grew up in a non-religious home although my dad was nonpracticing Russian Orthodox and my mom a nonpracticing “Protestant” who drove my brother and me to attend a weekly Sunday school class in a somewhat dead Methodist church. It was there, as a teen, that I first heard the Good News when some students from Gordon Conwell did outreach into our church in Salem, Ma. This church is now quite lively and I’m sorry I wasn’t around to see the transition. As I went to college, I began my journey. For a couple of years, I attended a Lutheran church but transitioned to a nondenominational church. I also attended a Catholic prayer and praise meeting on occasion. When I returned to Boston, I became a member of Park Street Church, a well-known historical, Congregation church in downtown Boston. I loved my time there.!

I met my husband there and we got married and began our long jaunts around the country as he received medical training. We were members of a number of nondenominational churches. For our two years on the Navajo Reservation, we were members of a Christian Reformed Church that had an attendance of quite a few Navajos. I loved it there. When we moved to Durham for my husband’s training at Duke, we became members of Chapel Hill Bible Church. This was a most intellectually challenging church and I learned much during our years there. Then we went off to Dallas. We spent a couple of years in Ed Young Jr’s church since it was close by and our daughter was very sick. This was one of the most difficult churches that I attended. We left an intellectually rich church and landed in Bible Lite. As my daughter stabilized, we moved to Plano and began attending Bent Tree Church. We were very happy here. Pete Briscoe encouraged me to use my love of history to teach classes.

The wonderful Michael Spencer (Internet Monk) who sadly passed away, coined the phrase *the post-evangelical wilderness. We went back to Chapel Hill Bible Church, driving a long distance. This wonderful, intellectually stimulating church was taken over by a John Piper spouting Calvinista who signed up for The Gospel Coalition and 9Marks. Obviously, this blogger would not be welcomed by the new *lead pastor* and we got the heck out of there. We went to another *Bible Lite* church but didn’t last long. We then attended another covert SBC church that didn’t have a membership program when we were there.

We were frustrated. We are in the Bible belt and we couldn’t find a church. My husband asked me to look online for a different church that wasn’t a mega and offered Saturday evening services. Saturday services work best for him when he is on call. I told him I found a Lutheran church that was actually nearby. So one cold winter evening, the two of us dropped exhausted into a pew in a beautiful stone church with twinkling candles and contemporary stained glass. A small praise group regaled us with music and the pastor preached a short and relevant sermon. When it was over, I looked at Bill and said, “Ummm, that was good.” He agreed.  We stopped looking for another church and just kept coming.

Why we love out Lutheran church

This is going to be a list of things.

Proof of their care and love.

Folks, I’m a bit of a handful due to this work that I do. It isn’t easy to explain that I tell stories of abuse in the church. So, fearing that I would be rejected, once again, I kept my work on the down-low. But the church would get notification of my work in a difficult way. I wrote about it: How a Letter Meant to Hurt Dee in Her Church and Community Gave Her a Precious Gift Instead This stupid letter was sent to a bunch of people at my church and to some of our community groups and my husband’s employer at Duke.

Both my husband and I were worried we would be *disciplined* or get kicked out of the church! But that didn’t happen. One of the first things they said to me in a phone call was “Are you alright?” Throughout the conversation, they kept reiterating their concern for my safety. They asked why I hadn’t said anything about the blog. I reminded them I did hint at it in the new members’ class and they didn’t take me up on it. They remembered. One pastor made me laugh when he exclaimed “We’ve never had a blogger before!”

During this time, another Lutheran pastor went to bat for me. He doesn’t want me to use his name but he contacted a bunch of people in the Lutheran synod to let them know I was one of the good guys. The weird letter writer also sent his poorly written tome to those in charge. And they also supported me. I remember sitting down and crying after the call. I realized how good my pastors and the church are.

They’ve left me alone since that time, never once attempting to interfere in what I was writing. I even got a hug when the Washington Post article came out. One time, I lost my cell phone and one of them got down on his stomach, looking under the pews. My husband and I love these pastors (and my anonymous friend.) My husband even announced that he wants to be buried at the church!

I know that some of you may have questions about my finding a home in the Lutheran church. If you could ask a question in the comments so I can easily see it, I will do my best. I’d imagine you might have questions about infant baptism (which I now support), communion, and the beauty of the liturgy. I often tell my husband that I feel I walk through my Christian life in the 60 minutes of church. I will do my best to get to your questions in the next day or so.

As more and more people are fleeing the evangelical wars in the post-evangelical wilderness, I believe you will see more people heading to liturgical churches. Liturgy-hungry young Christians trade altar calls for Communion rails

An example of a confession in a Lutheran church.

Let me leave you with a typical prayer of confession and the absolution given by the pastor. 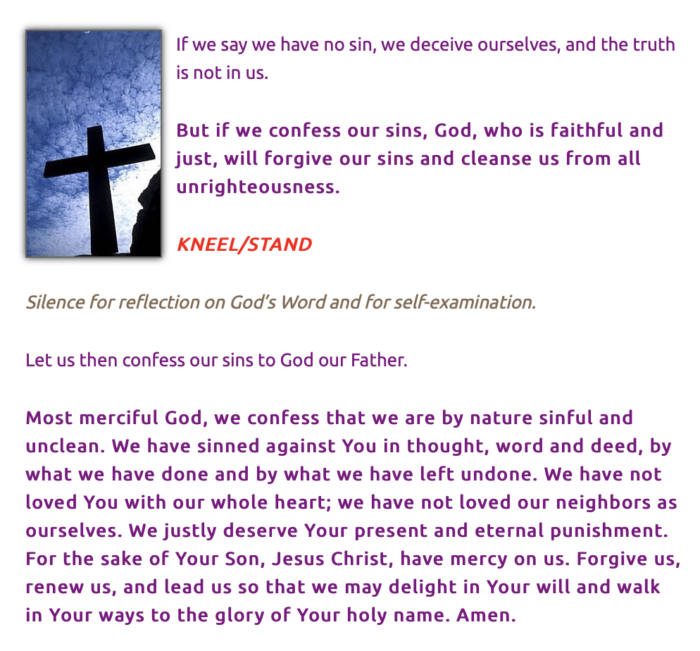 The pastor then says: 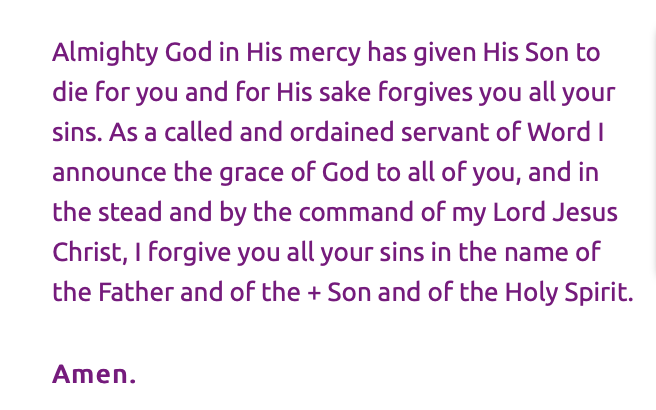