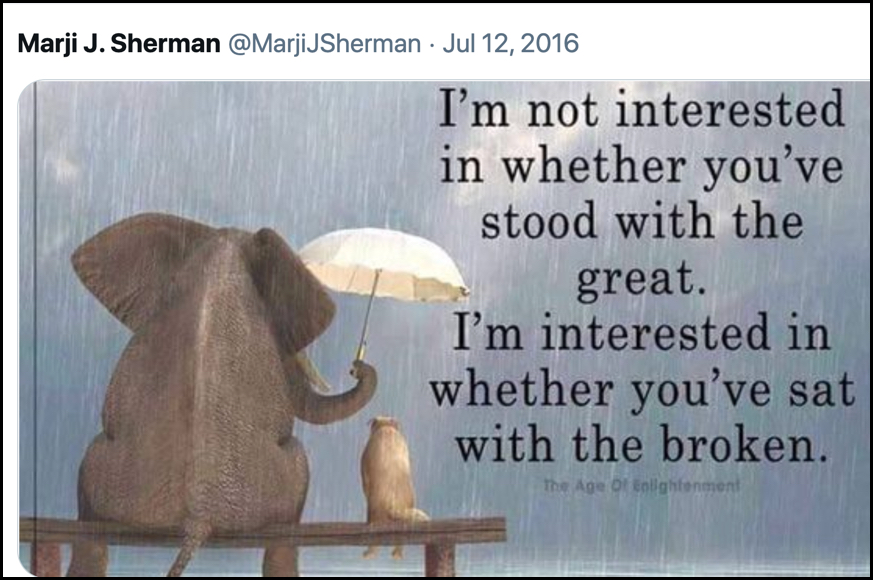 “In the country of the blind the one eyed man is king.”
-Desiderius Erasmus

Man has lost the basic skill of the ape, the ability to scratch its back. Which gave it extraordinary independence, and the liberty to associate for reasons other than the need for mutual back-scratching. – Author: Jean Baudrillard

Today’s post is not a wordy one, it doesn’t need to be. Yesterday I listened to Mark Prater’s weekly video. For those of you unfamiliar with Mark, he is the number two man in the Sovereign Grace denomination. I often listen to Mark. I find him entertaining and informative, although probably not in the way he would hope.

This week Mark was promoting a recently released book by Michael Reeves. Michael is from the U.K. and has a delightful accent that we Americans are so captivated by. He is also an author of some renown in the gospelly-centered world of 9Marks/T4G/TGC.  If you don’t know what those acronyms stand for you likely have never heard of Michael Reeves. In a former life, when I was a member of a 9Marks church in Dubai, I had the pleasure of meeting Michael Reeves and Kevin DeYoung, the second man whose work Mark Prater was promoting this week. Both Reeves and DeYoung were featured speakers at separate mini-conferences frequently hosted by the United Christian Church of Dubai.

Mark Prater goes to great length in his video extolling the virtues of Reeves’ latest book and DeYoung’s latest article. I don’t doubt his sincerity, but these days I avoid reading most things produced by those in Prater’s circles – the gospelly centered crowd, if you will.  I just can’t stomach men who sound so spiritual in their books, yet see nothing wrong with openly supporting Sovereign Grace Churches. And I can’t help thinking that is exactly why Mark Prater is promoting their material. Loyalty has always been rewarded in their circles.

While I don’t possess the pedigree of Mark Prater or those who run in his crowd, allow me to recommend a book that you will never hear recommended by a leader in Sovereign Grace. I believe that anyone who reads this book will be deeply affected in their heart and spurred to action, whether that be sitting with the broken, praying for the broken, speaking for the broken, or whatever it is that the love of Christ compels you to do. Christa Brown is a hero of mine, and I trust she will be a hero of yours too after you read her book. 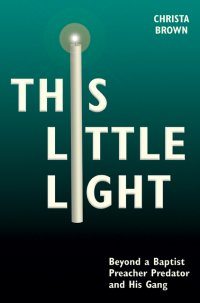 Below is a clip from a lengthy interview of Michael Reeves by Jeff Purswell. Purswell is a pastor at C.J. Mahaney’s Louisville Southern Baptist church and heads up the ten-month “Pastor’s College” which boasts an enrollment of ten men.

Kevin DeYoung is another favorite of the Sovereign Grace folks. He has stuck with them through thick and thin. He authored a statement of support for C.J. Mahaney signed by Rev Kev and a few of the leaders of the Gospel Coalition. Kevin also signed off on Mahaney’s fitness for ministry way back in 2011. Kevin was joined by Carl Trueman and Ray Ortlund in that action. All three men showed us what great discernment they possess. Below you will find further evidence of Kevin’s discernment, nay, not just discernment, but “theological discernment!” 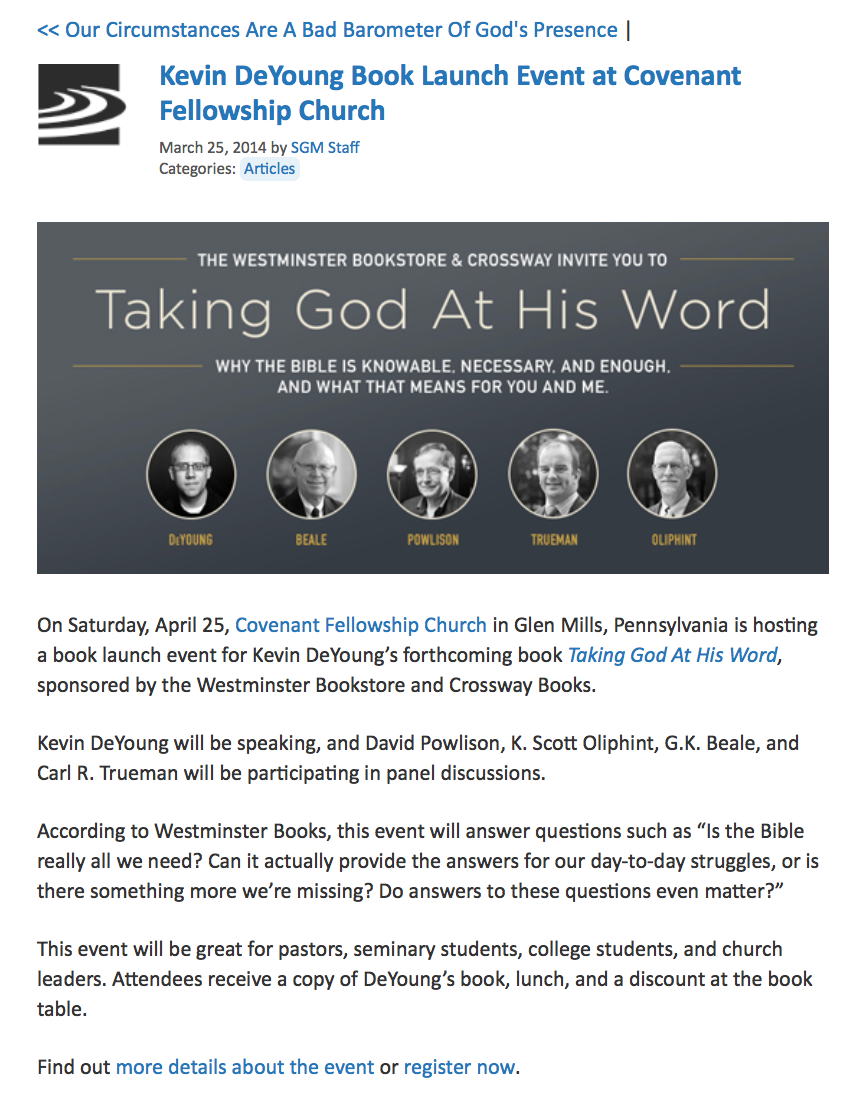