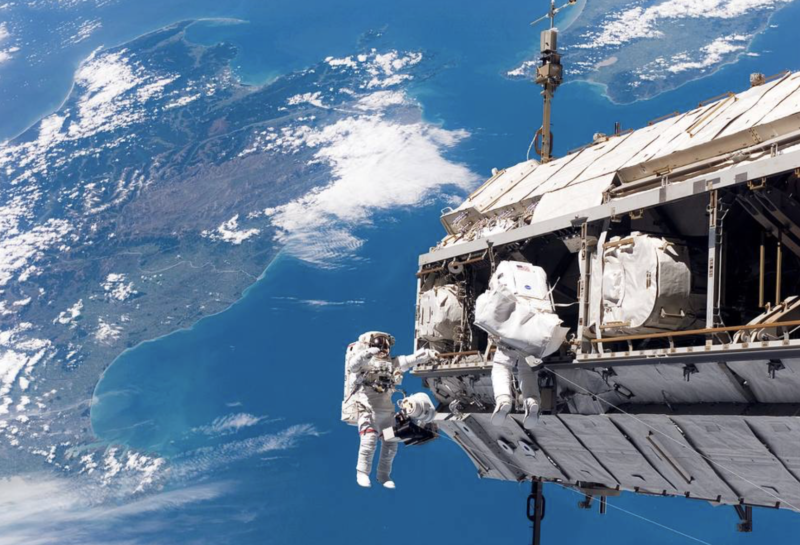 Just another day at the office! Nasa style

The disappearance of a sense of responsibility is the most far-reaching consequence of submission to authority. –Stanley Milgram

The failure of elders to do their job

Given the implosions of Harvest Bible Church/James MacDonald and Willow Creek, much discussion has occurred on why the elders of those churches allowed this nonsense to continue through the years. They were obviously ineffective, shirking their God-given responsibility to be overseers of the church.

Years ago, in my former Reformed SBC church, the senior pastor said to me:

My elders have only disagreed with me twice in 28 years.

Herein lies the problem. There should not be any pastor who has not gotten regular pushback from the elders. Why is that not happening? Here are some things I’ve observed in my decades of membership in churches.

I’m sure TWW readers could add more ideas to this list. Unfortunately, the elder system does not work in today’s celebrity *our pastor is famous* churches. The system has failed miserably and that is because the elders refuse to do the job that they were supposedly *called* to do. I am not the only one who feels this way

The problems with elder rule.

Recently, Paul K posted The Problems with Elder-Rule Church Government on Medium. He said there are two principles that govern healthy authority structures,

Stop and think about this.

Christ was the independent higher authority who appointed the disciples, in spite of their problems.

At the beginning of the Church, Christ appointed his Eleven disciples to be his authoritative witnesses and church leaders

…(Peter) was corrected by Paul for once again excluding Gentiles in a way inconsistent with the gospel. Was God’s position of authority threatened by correcting Peter?

Are your elders appointed by God?

The author goes onto to explain why the process does not work in today’s churches. Let’s say a church was formed and voted to appoint some initial elders and they go onto appoint future elders. Who or what is the higher authority that appointed them? Many would say that they were appointed by God. But, are your elders appointed like the early elders (think Paul or Peter?) Of course not. They answered directly to God or Christ, depending on the circumstances.

Elders have a system in which they are dependent on one another for their positions.

This means that there is no higher authority than themselves when it comes to appointing or dismissing an elder from their position.

Elder-Rule church governments, elders appoint additional elders not to positions of lower authority than themselves but to positions of equal authority. Then, these elders give themselves the authority (often working as a group) to remove their fellow elders from their positions. This creates a dynamic in which elders are dependent of each other, not independent of each other, for their positions.

…If the need arises to remove a sinning elder, the other elders must work together to force the sinning elder out. And what if the “sinning” elder is not actually sinning at all? To whom can he appeal?

How can an elder be evaluated?

The system does not allow for an independent evaluation of the work of an elder. Think about elders in your church at the moment. Pick one that you don’t know which should be easy for those of you in a celebrity, pastor-driven megachurch. How do you know if he’s doing what he’s supposed to do? Who would you ask about it? How would your question be received by any of the elders?

To add to this problem, in some Elder-Rule churches, elders’ ministerial responsibilities are so poorly defined (or undefined) that there is no standard by which to evaluate their work..

What if your elder can’t actually do his job (whatever that might be in your church?

In many churches, elders are in a position of unaccountable authority.

I will leave the reader to imagine what effect being in a position of unaccountable authority may have on someone. For members, they have to live under the absolute authority of their elders.

What happens if you know that an elder or the overall church has a problem? Should you report it? To whom?

should a member notice an area of ministry in the church that may need some attention and bring this concern to the elders, the elders are under no obligation to the member to address this issue.

I think most people at TWW know what will happen if one brings a concern to the elders. My own church experience is a reflection of many churches. We went to the elders and outlined the problem which involved our belief that the church had been told of problems with a man who would go to prison for 13 years for molesting young teens. They denied it. We repeated our concern and we became the problem. One of the elders even had the audacity to spread a rumor that my husband and I were having marital problems. He apologized much later to my husband but the damage had been done. Our little group was painted as liars, out to hurt the church.

I had a pastor in the Anglican church ask me why we didn’t appeal this higher. He obviously had no idea that there is no one higher in the SBC churches than the pastors and elders. I have come to learn, in my 12-year journey, that even those in denominations with higher levels of authority often do not fare well on their appeals. At least, they can try which is something we couldn’t do with the SBC. The elders were the highest court.

How do we do what the author thinks we should do? Is there an independent, third-party group that churches can trust and use?

Why do I feel that there is no solution to this problem? I believe few churches would be open to having their process for choosing elders evaluated? I don’t know if there is even a group that can do this type of evaluation. Maybe someone has a good idea.

(Special thanks to Jeffrey Chalmers for pushing me to think about this.)