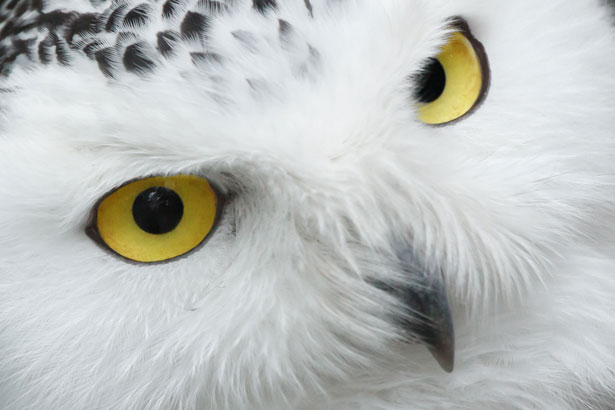 This one is personal.

Earlier this week I got a cold/virus. My medical family prevailed upon me to get tested for COVID and it was, as I suspected, negative. However, I didn’t ‘t feel well for most of the week. My spirits took a nosedive when I learned that Brian *Doug* Goodrich had been released from prison and was allegedly living in Greensboro with family members.

This part of my story was covered in the Washington Post The Crusading Bloggers Exposing Abuse in Protestant Churches: No one was paying attention — until these armchair investigators came along by Sarah Standkorb. Here is a quote from the relevant section.

In 2007, Goodrich was convicted on 10 charges of statutory sex offense, indecent liberties and first-degree sex exploitation, and sentenced to 13 years in prison. Wilson was understandably distressed during the investigation, and after the conviction she stopped by Parsons’s house, wracked with guilt. Wilson wished she’d done more, she told Parsons, because the church leaders had known about Goodrich before the 2006 incident. In 2005, Wilson says that she and her husband had described incidents with Goodrich to two youth pastors. Goodrich had exposed himself to a group of boys, including Wilson’s eldest son, at church camp, Wilson told Parsons, and encouraged them to reciprocate.

Parsons was appalled — and decided to do something about it. She, Wilson and a few church friends wrote a letter to the church elders reminding them of the earlier incident. She expected the pastors would say they’d made a horrible mistake. When they didn’t, and the church instead began an internal investigation, Parsons and her group wrote another letter to the entire congregation. Fed up, Parsons and her cardiologist husband, Bill, left Providence Baptist to join another church.

(Goodrich’s lawyer did not respond to requests for comment. Brian Frost, senior pastor at Providence Baptist, confirmed that the church’s internal investigation was motivated by Parsons’s group letter, and said church policies have since changed: Now, any report or allegation of abuse by an employee or volunteer triggers a leave of duty until an investigation is completed, and all allegations of abuse must be reported to police.)

Shortly thereafter, I was attending an Anglican church and saw the only other molester/pedophile that I knew. He was the husband of the schoolteacher at my kids’ school and you can be sure his activities were well discussed. To make matters worse, my husband and I were told we could not join this Anglican church because the Anglican pastor, who was buddies with the baptist pastor told us that we, yes *we* had to reconcile because of our unChristian actions by confronting the church for what we believed to be the mishandling of the Goodrich situation.

I ran crying from the Anglican pastor’s office as he sat like a bump on a log. At that moment, I knew I had to write a blog to see if anyone else had experienced such unjust actions. At the time, I could never have imagined that I would become an abuse advocate. But, then again, I now know I was one before I started this blog. For those who like the story tied up, the Baptist pastor retired, the Anglican pastor was fired, the pedophile I knew at the Anglican church was kicked out because he did *something” and a couple of other former pastors are reportedly doing real estate.

Goodrich was sentenced by Superior Court Judge Ripley Rand to at least 13 years in state prison in exchange for guilty pleas on two counts of statutory sex offense, four counts of first-degree sexual exploitation of a minor and two counts of taking indecent liberties with a child.

Goodrich, 26, had been the leader of a Bible study group for the 13- and 14-year-old boys who attended Providence Baptist Church in North Raleigh. Wake Assistant District Attorney Adam Moyers said Goodrich used his position of trust to participate in and observe sexual acts with the boys between January 2005 and June 2006.

I wish I could tell you the extent of the abuse the young teens at my church endured. However, as I have said in the past, it is amongst some of the most disgusting acts that I have ever heard and it makes me sick to even think about them. The actual number of young teens who were molested is a bit debatable. I believe the number is over 13 and maybe as much as 20. However, a number of parents did not want their boys to testify.

For these many sexual acts on those many boys, former SEBTS seminarian only got 13 years. I wonder if he got only one year for each of the boys who testified or provided information? I believe that had this happened in the #metoo era he would have received many more years. In my mind, he deserved it although there were some church women who loved *Doug* and believed that they could help him, proving that they could not by their stupid statements.

The church did an internal investigation and, of course, all the good old boys were exonerated. One of those who assisted with this investigation was involved in the Caring Well fiasco of the SBC.

One victim’s family was not informed of Goodrich’s release

I cannot fathom why the prison would not tell all of the victims about this prolific predator’s release. Maybe they think Goodrich has been cured of his proclivities by almost 13 years in prison? If so, they are woefully misinformed.

Goodrich is on the sex offender registry in Greensboro. Here is a summary. 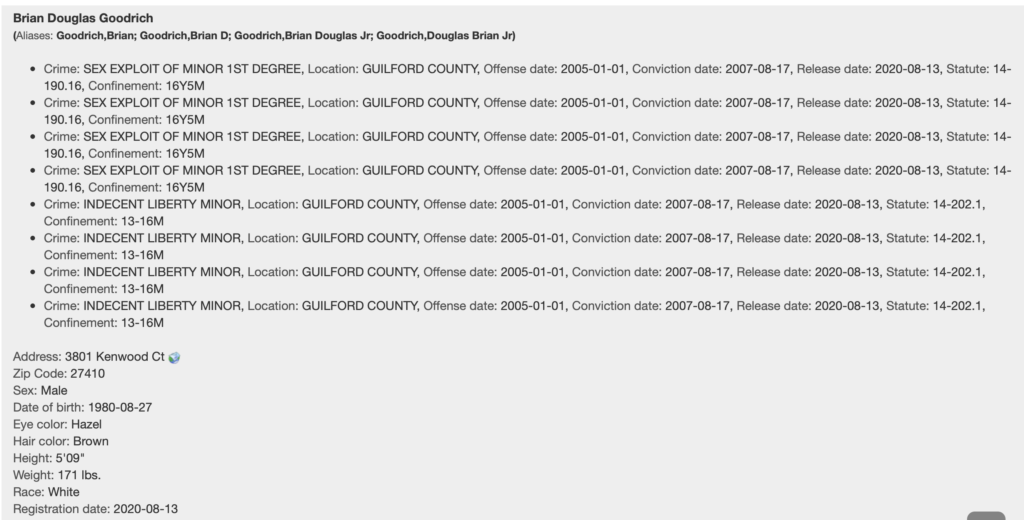 I believe that Goodrich is still a danger to young teen males and can still cause significant harm. Local churches need to be aware of his presence.

This is a warning to SBC churches in the area. Goodrich had incredible success at Providence Baptist Church in Raleigh. It is possible that he will seek out churches in which he feels comfortable. This could lead to disaster if people are not aware of his past.

There is no cure for his predilection, only expert psychiatric intervention on the highest order to help him control his urges. Do not be naive. He likely still suffers from these urges. Prisons are not known for their expert intervention. I also believe that the typical *biblical counseling* is seriously flawed in a situation such as this.

There are numerous studies which point out the long term damage that occurs in the type of abuse mentioned in this story. A few of the church *leaders* who claimed that the *boys would be just fine* They were dangerously wrong and could have contributed to further damage by spouting such nonsense. It’s time for churches to get educated on this matter. I highly recommend studies, etc., by the National Institutes of Health. Here is one. The Psychiatric Consequences of Child and Adolescent Sexual Abuse

Stressful life experiences naturally increase the risk of psychiatric disorders such as anxiety disorders and major depression (62). Preclinical studies have shown that excessive or prolonged exposure to glucocorticoids and stress results in neurostructural alterations in limbic brain areas that may be involved in the pathogenesis of PTSD and other stress-related disorders (63,64). Numerous studies have linked major depression and dysthymia with sexual abuse (32). A history of sexual abuse has been implicated in the early onset of depressive disorders and altered response to standard medical treatments for depression. The form of sexual abuse (e.g., touching and penetration) and the victim’s relationship to the offender (e.g., closest relative and stranger) appear to influence the development and severity of depression (65).

We identified major depressive disorder as the leading disorder associated with sexual trauma. In contrast, the majority of previous studies have found that PTSD is more common than depression (42,66,67).

It is my hope that my former church has grown up in their understanding of the effects of the abuses that were perpetrated by Goodrich under their watch. I also hope that some church members, who wanted to *counsel Doug instead of having him sent to prison, have educated themselves in this matter.

Suggestions for SBC churches in Raleigh, Greensboro, etc who might encounter Goodrich in the near future.

In the end, Doug Goodrich meant evil for the children in my former church. I am grateful for the pain that I endured by stupid church leadership when I confronted them. They opened my eyes to the terrible pain that has invaded our churches. One elder lied about me, claiming my marriage was in trouble. He meant that for evil. God took it and used it to help many others. Yep, church leaders lie.

PS Why do church members go to court and sit behind the molester? And why don’t prisons notify victims when predators are released?