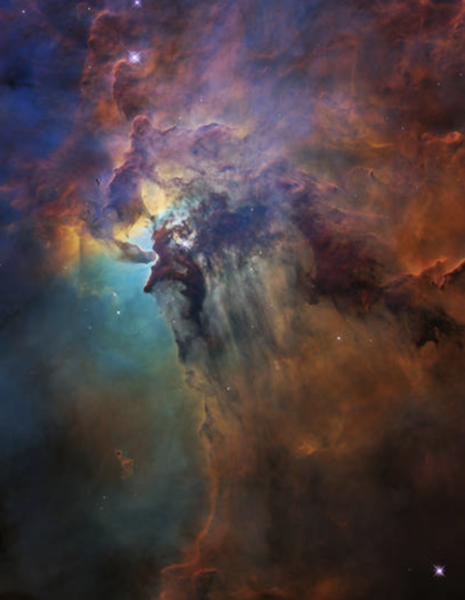 I kept meaning to write this post and kept getting sidetracked. Several things on social media have transpired. So, here we go. The events in this post are changing by the minute So this list is complete as of 3 PM, 9/11. (As far as I can tell.)

Grace Community Church(GCC) faces off with Governor of California, Gavin Newsom, and LA County to keep the church open.

In late July, Macarthur opened his church despite the local government mandating that churches could not meet indoors. In the following article, there is a discussion of civil disobedience and the broader church. According to Christianity Today:

John MacArthur announced that his megachurch would hold in-person, indoor services, despite California’s recent COVID-19 restrictions banning in-person meetings. In a statement explaining the rationale for the church’s actions in the midst of a pandemic, the pastor wrote:

Christ is Lord of all. He is the one true head of the church He is also King of kings—sovereign over every earthly authority. Grace Community Church has always stood immovably on those biblical principles. As His people, we are subject to His will and commands as revealed in Scripture. Therefore we cannot and will not acquiesce to a government-imposed moratorium on our weekly congregational worship or other regular corporate gatherings. Compliance would be disobedience to our Lord’s clear commands.

A Los Angeles Superior Court judge has ruled that there is no court order in place that prohibits a San Fernando Valley megachurch from holding indoor worship services, attorneys said Thursday.

…However, the judge also put off a decision on whether the non-denominational, evangelical megachurch should face sanctions for holding large indoor services in spite of the county’s guidelines.

On 8/28, LA County tried a fourth time and their bid was rejected.

However, it was apparent in this finding that the judge gave the county some leeway and it was also apparent that the county would take them up on their offer.

On 8/30, LA County fought back and plan to take back the rented parking lot used by GCC since 1975.

The church has been renting this parking lot since 1975. This request came from the Public Works Department of the County. Church says Los Angeles County plans to take parking lot in retaliation for services amid Covid.

Grace Community Church in Sun Valley, Calif., which is about 20 miles north of Los Angeles, said it received a letter from the County of Los Angeles Department of Public Works on Friday, informing them that they are being evicted from a parcel of land the church has used continuously since 1975.

If the church fails to vacate the premise by Oct. 1, the letter says, the district may enter the premises and remove Grace’s personal property, and Grace will be responsible for any district expenses.

The church has been told to remove all personal property before 10/1.  Did the church build anything on this parking lot, assuming that they would always have this rental? My father used to say that we should always remember that a rental can be taken back at any time. I usually say “There is always a loophole.” The church continued to fight back.

During this time, LA County was seeking fines from GCC.

The county is claiming that Grace Community Church, led by pastor John MacArthur, should face $8,000 in fines — or $1,000 each for eight acts of contempt they’re alleging. The county also seeks an additional $1,500 in fines for violations of court orders, bringing the total to $20,000.

“Defendants’ actions this past Sunday likewise constitute four separate violations of the TRO and Court of Appeal Order by each Defendant. Therefore, the Court should sanction each Defendant $1,500 per violation, for a total of $6,000 per Defendant,” the request reads. Both MacArthur and his church are named as defendants.

On Septemeber 9, a judge ruled that GCC is barred from meeting indoors. GCC also received a cease and desist letter, threatening arrest (? MacArthur)

The County of Los Angeles has sought to stop the megachurch from hosting indoor services that have filled the sanctuary with many unmasked congregants sitting next to each other in recent weeks.

Los Angeles County attorneys recently sent a cease and desist letter to the megachurch, threatening arrest or a daily fine of $1,000.

… “We went to court only after significant efforts to work with the leaders of Grace Community Church to protect public health,” the statement read.

“We now look forward to working with church leaders on a plan to move services outdoors with physical distancing and the use of face coverings, which will allow worshipers to gather for religious observances in a manner that is lower risk and consistent with public health directives.”

MacArthur says that true believers must vote for Donald Trump.

Amid this mess, MacArthur took time out to say that Christians must vote for Donald Trump. That move will only cause more negative press and was unnecessarily combative given that most politicians in that area are Democrats. The Christian Post reported: John MacArthur says ‘true believers’ will vote for Trump, can’t affirm abortion and trans activism

Grace Community Church Pastor John MacArthur recently said that “any real” Christian will vote for Republican President Donald Trump in November because they cannot support the policy agenda of the Democratic Party.

Interestingly, this was a discussion that he had with the president of the FallKirk Center at Liberty University on 8/20.

“There’s no way that a Christian can affirm the slaughter of babies, homosexual activity, homosexual marriage, or any kind of gross immorality,” MacArthur asserted.

“No way we could stand behind a candidate who was affirming transgender behavior, which of course is really the ‘reprobate mind’ of Romans 1.”

MacArthur said he told Trump that abortion and LGBT matters “aren’t even political of us,” but rather “these things are biblical; these things are laid down by the Word of God

My thoughts on the mess

This is a hard one for me. I am a moderate libertarian at heart However, (This is not a political statement, merely an explanation of my general bent.) I’m a nurse and have several medical people in my family. I believe that all people have the right to worship as they see fit. I also believe that the government has a right to speak to health issues that might fall back on them. What happens when the government must care for the victims of a pandemic and its services become overwhelmed? I believe the government has the right to attempt to lessen the spread of a  dangerous virus.

At the same time, local laws can seem a bit capricious. I know we must follow the science. But how that science is interpreted sometimes appear mercurial. I live in Wake County, North Carolina. We are now at 3,000 deaths in NC. My Lutheran church has carefully followed the dictates of our public health officials. We have been meeting for a few weeks now. We are socially distanced and we must wear masks We are encouraged to use the provided antibacterial hand sanitizer when entering the sanctuary. Our pastors are masked and, when serving communion, are also gloved. We do not share the common cup. It is not offered.

GCC is in LA County, California, which has seen 14.000 deaths. The state and the county bar ALL indoor services although they can meet outside, so long as they are masked. MacArthur/GCC demands to meet without any adherence to requiring masks or social distancing. LA County claims they have been trying to meet with him to work it out. If that is true, why not listen?

I have no good solution to this mess. From a personal perspective, I am so grateful to attend a church that is functioning within the mandated guidelines. JD Greear’s huge Summit Church has decided not to meet in a large assembly until 2021, although they are encouraging home meetings. This is one more reason that I’m glad to be in a smaller church (@ 700.)

I checked the Apostles Creed. No voting mandates are included. This stuff MUST stop, no matter who one supports. As Christians, we must take our voting obligations seriously and consider how that vote will affect those who are temporarily in authority in our government. Most people that I know, think long and hard about this. However, their vote does not determine their Christian faith. God alone knows our hearts.

I love our church which faithfully prays for those in office, for law enforcement, for our troops, for an end to racism, etc. That is where I stand. In the end, I love and serve with all of you as we fight for an end to abuse in our churches.

Mahoney, one of the most influential pastors at Grace Community Church was fired. The rumor mill has made certain suggestions about the behavior of Mahoney but I cannot get any confirmation at this point. I will keep you posted.

Also,  Phil Johnson seems to be MIA over the last few weeks. Still trying to get information on this,

Never Forget These Lives That Were Lost.