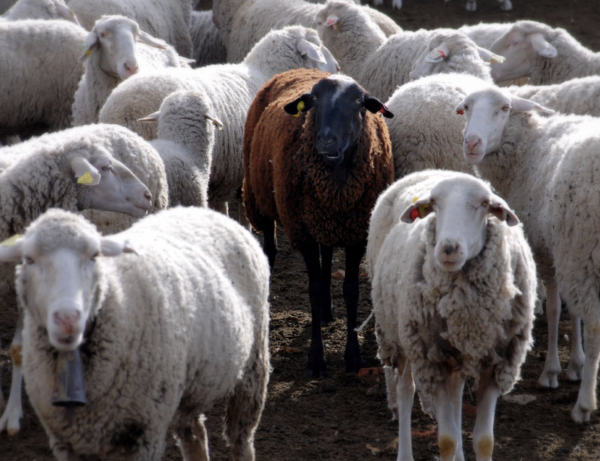 Then Hwin, though shaking all over, gave a strange little neigh and trotted across to the Lion.
“Please,” she said, “you’re so beautiful. You may eat me if you like. I’d sooner be eaten by you than fed by anyone else. CS Lewis

Megan Hill is the wife of Rev Rob Hill who is the pastor of West Springfield Covenant Community Church. The website is mostly devoid of typical content like biographies, etc. However, what they believe is evident in the Resources Page. Much of what is recommended is hardcore Calvinism: Kevin DeYoung (How do I know I’m a Christia, RC Sproul (Ligonier), The Gospel Coalition, etc. In case members are not educated, RC Sproul once said that those who were not Calvinists were barely Christians. Having spent the first 26 years of my life in Massachusetts, I doubt this sort of approach to faith will be successful. I became a Christian in Salem, MA, and spent several years at Park Street Church which is probably familiar to many in the New England area.

I found a bio for the pastor, Rob Hill at RI School of the Bible where he is listed as a staff member. However, this may be out of date.

Rob Hill is a pastor of West Springfield Covenant Community Church (PCA) in West Springfield, MA. Prior to moving to West Springfield in June 2015, he served for 11 years as a pastor of Pinehaven Presbyterian Church in Clinton, MS. Rob received his B.A. from Grove City College in western Pennsylvania and his M.Div. from Reformed Theological Seminary in Jackson, MS. He is married to Megan, and they have three sons: Brad, Caleb, and Nathan. Rob has written “Walter Lowrie (1784-1868), Champion of Presbyterian Missions” that was published in the Puritan Reformed Theological Journal (January 2014). Rob grew up with Christian parents, and came to saving faith in Christ at a young age. He loves the Lord who saved him, loves Christ’s church, and is excited to see the Lord build his kingdom in New England. When he gets some time, Rob enjoys reading, playing golf, and rooting on his Pittsburgh Pirates.

Megan Hill is a pastor’s wife living in Massachusetts and an editor for The Gospel Coalition. She is the aut”No matter how ordinary or inadequate our shepherds may seem, they are Christ’s gift to his church (Eph. 4:8, 11). And when we are willing to be shepherded by them, it will be for our souls’ eternal good. hor of three books: A Place to Belong: Learning to Love the Local Church (Crossway, May 2020), Contentment: Seeing God’s Goodness (P&R, 2018) and Praying Together: The Priority and Privilege of Prayer: In Our Homes, Communities, and Churches (Crossway/TGC, 2016). Her writing has appeared in various publications including Christianity Today, The Washington Post, Today in the Word, Reformation 21, Focus on the Family, Desiring God, and Tabletalk. She belongs to West Springfield Covenant Community Church (PCA). You can follow her on Twitter.

The following post written by Megan Hill has received some play on Twitter. However, it was largely negative. Are You Easy or Difficult to Shepherd? The following are some quotes from the article which will be followed by some of my thoughts.

I now live in Raleigh, NC, although my daughter now lives in Boston and attends a well-known church. The reasons that New England is becoming the place to plant churches are many but two come to mind. One thing that is not true is that there are not Christian churches in Massachusetts. I know. I became a Christian there.

Do you what it means to be a Calvinist because your church is most definitely Calvinist as is your church plant, Grace Presbyterian Church, Worcester?

For those of you who are new to Calvinism, you may be surprised to learn that the doctrines of grace have little to do with grace. It is a list of specific beliefs. Since your church recommends Ligonier Ministries, let’s take their definition.

The doctrines of grace are so called because these five major headings of theology, often identified as the five points of biblical Calvinism, contain the purest expression of the saving grace of God.

Often those 5 points are listed as the TULIP

If you have been taught this and believe it, that’s great. I disagree with 2 out of the 5 points which makes me an Arminian in their way of labeling. I am a conservative Lutheran.

You must obey them even if they are inadequate or 25 years old.

This is dangerous. I have been writing about church abuse for 11 years. Abuse by leaders always starts with this sort of statement. You need to ask questions.

A membership covenant is not just a covenant, it’s a legal contract.

Do they make you sign a covenant when you join this church? Most PCA churches do so. I have written extensively on the legalities of these covenants which I call contracts. If you have ever signed one, did your pastor warn you of the legalities of such? These contracts were started in the 90s as a way to prevent churches from getting sued. I recommend that people do not sign one.  Did you know that some pastors refuse to admit that this is a legal document?

However, if you do sign one, you can get out of them and I can advise you on how to do so. I do not take ads for my blog or take any donations. My website is my ministry to those in churches who have been hurt or abused. Here is one of the articles I wrote on church covenants.

I would ask that Megan Hill refrain from recommending any book by Donald MacCloud.

As most people know, I write a great deal on sexual abuse in the Protestant church. Here is a link to the Washington Post which featured my blog on the cover of the Sunday Magazine.

Megan wrote an article 5 Books That Taught Me to Love the Local Church. I believe that we should research the authors before recommending the book. She recommended Christ Crucified: Understanding the Atonement by Donald Macleod. A couple of years ago, I traveled to Scotland and met with many people from the Free Church of Scotland (Continuing). MacLeod was put on trial in local court when several women came forward to claimed he had sexually abused them. They believe, as do many. that a grave injustice has been done to those women. I have since had an opportunity to discuss what transpired with several people and believe that MacLeod is guilty of the accusations. I wrote several posts on this matter. Is Professor Donald Macleod Too Sexy For His Own Good? and The #churchtoo Movement Comes to the Free Church of Scotland’s Donald Macleod

We must stand with women who have been abused even if they live far away. Besides, Hill should support these sisters. They are at ground zero for the Reformed movement. (I know, US theologians disagree with me.)

If anyone has questions for me, please comment under the post or send a confidential email to dee@thewartburgwatch.com