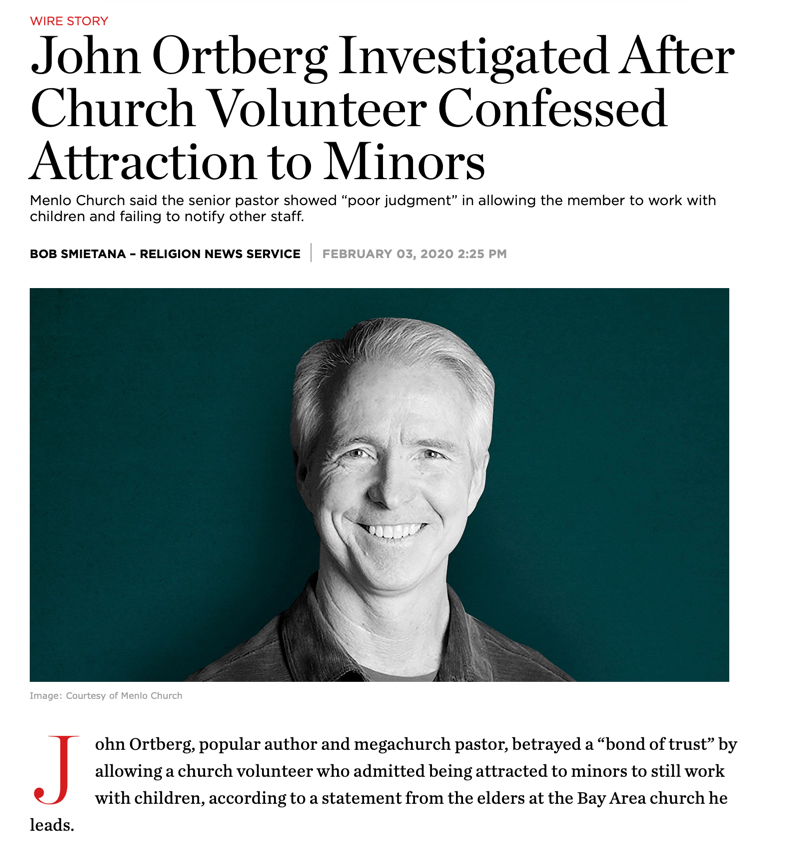 Yesterday Daniel Lavery, the estranged son of John Ortberg, revealed what many suspected – the individual who had confessed to Daniel that “for as long as he can remember, he has been sexually obsessed with children – especially boys between the age of 8-13,” is his brother. In November 2019 Lavery wrote to the elders of Menlo Church that John Ortberg, senior pastor of the Menlo church, had “conspired in secret to provide a person experiencing compulsive sexual feelings towards children with unsupervised access to young people through youth groups.”

Apparently, John Ortberg and his wife Nancy Ortberg don’t take sexual abuse seriously. Not only has John attempted to keep his son’s sexual obsession with young boys a secret and advised him to continue working with youth, but both he and his wife, Nancy, have promoted a book by Brian Loritts. You will recall that in 2010 Loritts covered-up felony crimes of his then brother-in-law while Loritts was the senior pastor of Fellowship Memphis Church.

J.D. Greear hired Loritts as a pastor effective June 1, 2020. Not surprisingly, Greear has also endorsed the book below. 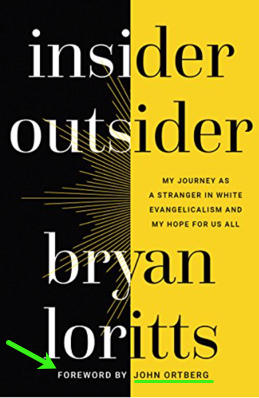 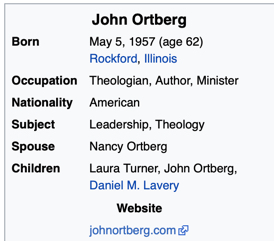 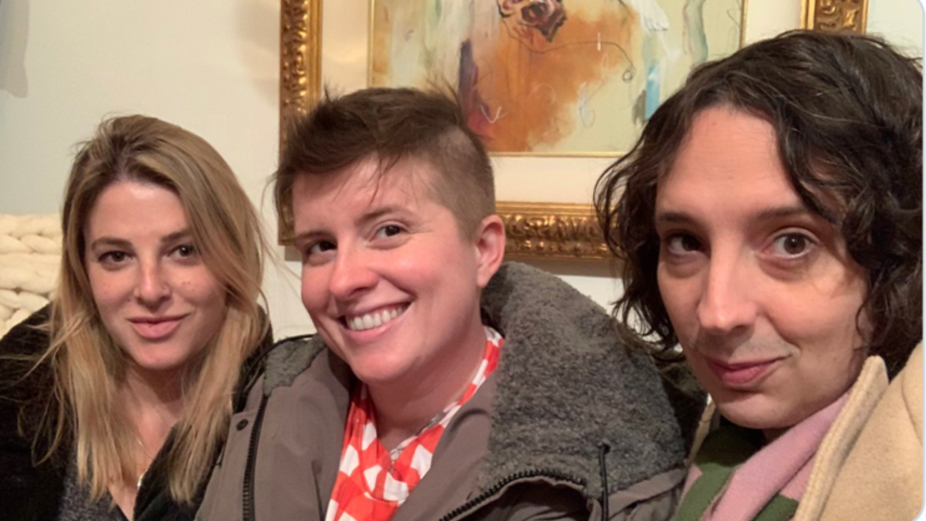 Daniel Lavery made an interesting observation of his father below. 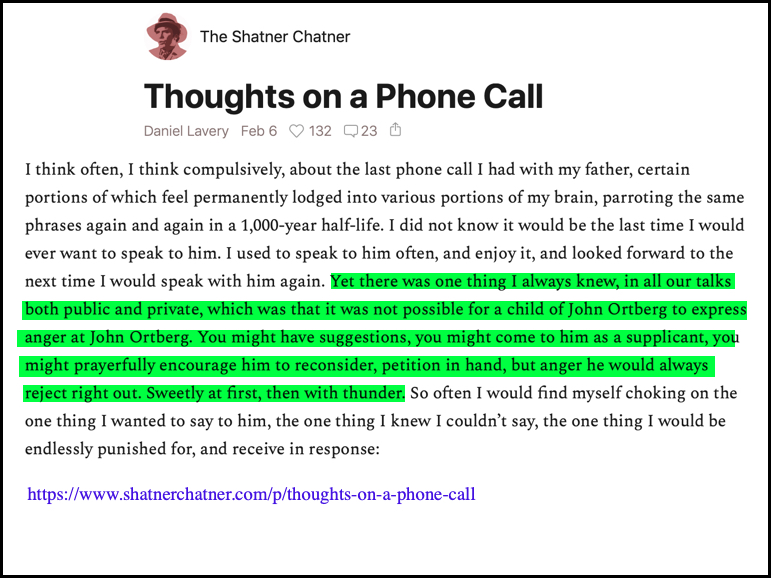 You may have heard that Daniel Lavery is a transgender man. That fact has been brought up by John Ortberg’s defenders, however, it is simply a smokescreen in this case. In all of this Daniel Lavery has had the correct motive at heart. He is attempting to keep children safe. He has undoubtedly suffered greatly as a result of bringing this case to light. I respect him for his determined effort to do the right thing.  What I see is another case of an evangelical pastor failing to do the right thing.  Below are some screenshots taken from Tweets published by Daniel Lavery. If you wish to read the entire thread you can go to this link. 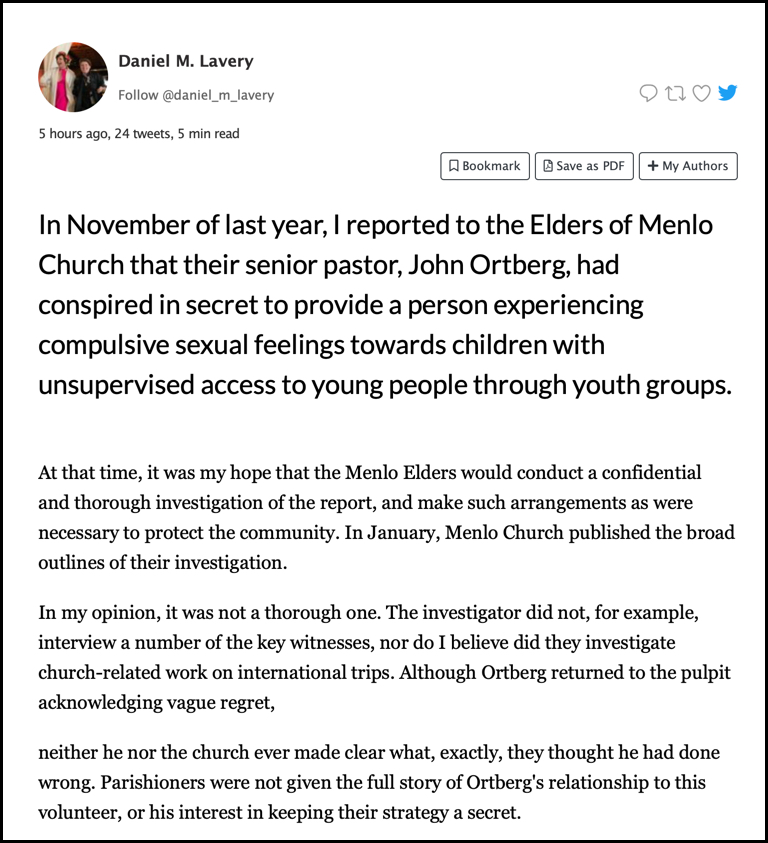 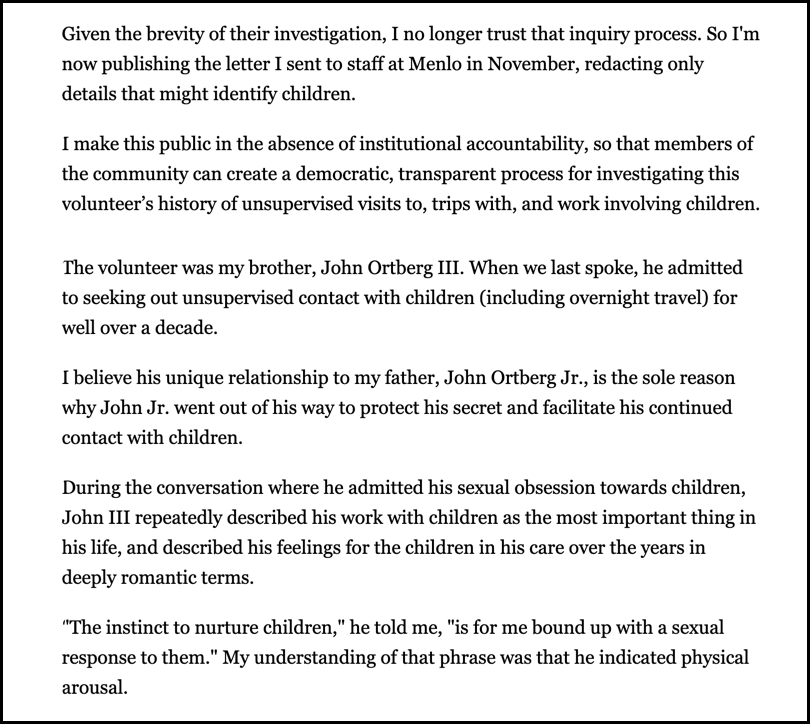 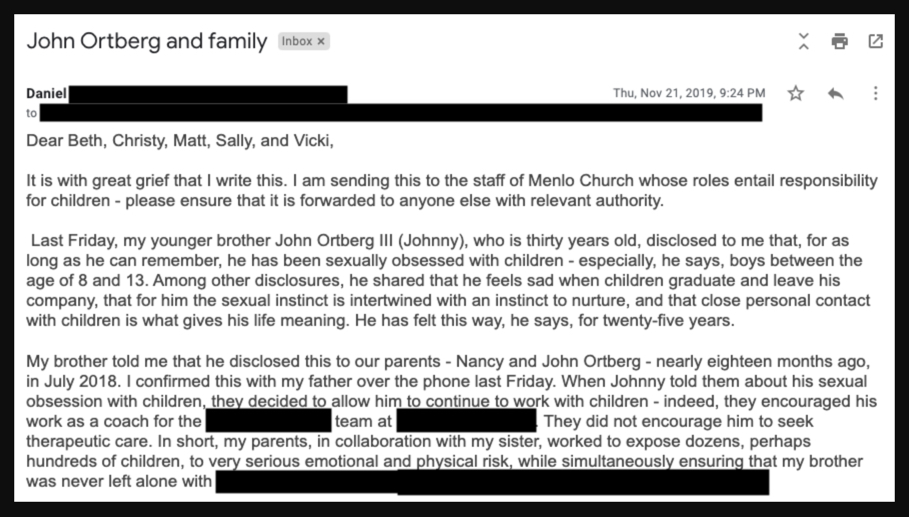