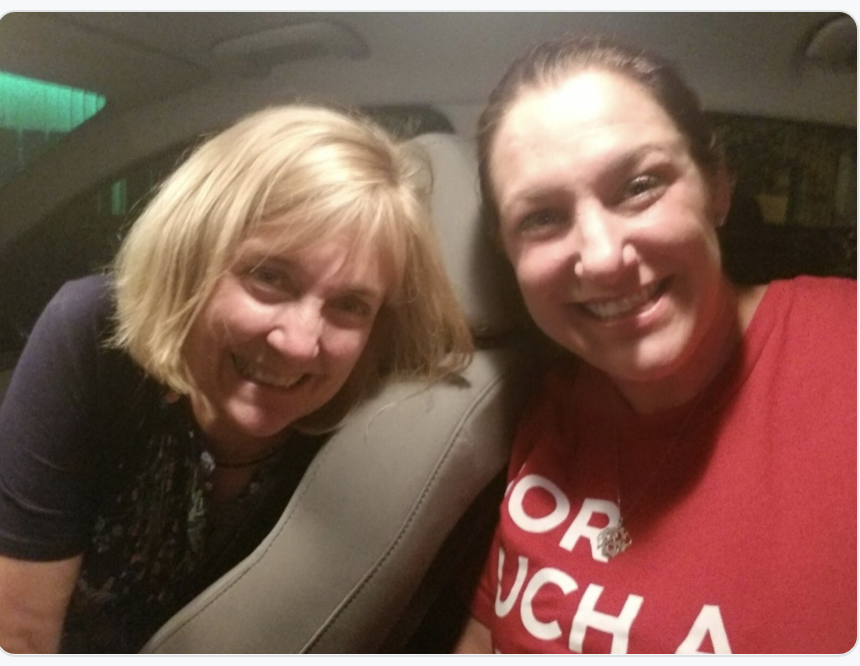 Dee and Jules at For Such a Tome As This Rally at SBC 2019, Birmingham

Yesterday, Jules Woodson contacted John Longworth who is the Pastor of Senior Adults at Germantown Baptist Church in Germantown, TN.  When Jules was 15 years old, she travelled from Texas to this church along with other members and the pastors of her then church, Woodlands Parkway Baptist Church (now known as Stonebridge Church), to watch their new youth pastor, Andy Savage, become ordained in this SBC church which was his home church.

A couple of years later, Savage, then an ordained Southern Baptist youth pastor, would molest Jules on a dark, dirt road.  He moved back to Tennessee and would then return to Germantown Baptist Church to reenter the ministry after a few short months after leaving Texas.

Jules Woodson reviewed her story with Longworth who said he would take the matter under advisement with the. other church leaders. Today, I contacted Germantown Baptist Church and left a message for Pastor Longworth. My message asked if the church was ready to release a formal statement on the matter. I alerted the church that Jules had tweeted her request. This was picked up by local media who are requesting interviews with her.

Jules and her supporters are well aware that Savage can start a church without being ordained. However, this is a way for the church, which endorsed him for the ministry, to say they no longer believe that he is qualified to stand in the pulpit.

Will his former home church stand up for Jules Woodson who was a victim of the newly ordained Andy Savage? We’ll keep you posted.