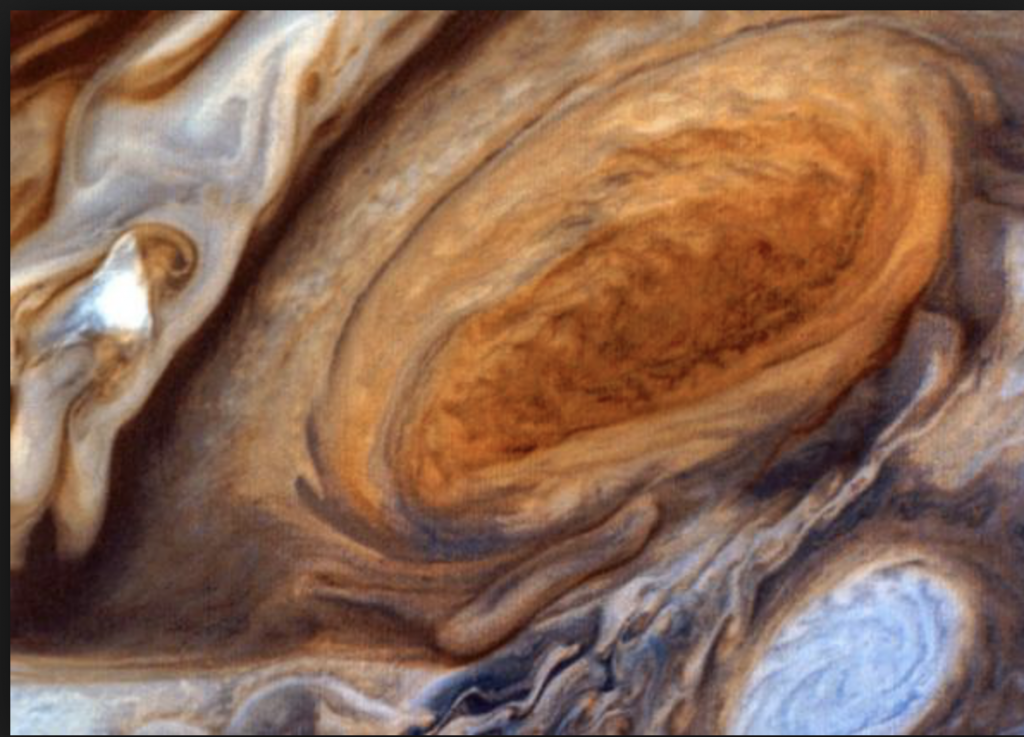 “There will always be someone willing to hurt you, put you down, gossip about you, belittle your accomplishments and judge your soul. It is a fact that we all must face. However, if you realize that God is a best friend that stands beside you when others cast stones you will never be afraid, never feel worthless and never feel alone.” ― Shannon Alder

How many of you at Harvest Bible Chapel continue to call these pastors *nice* while knowing about their ability to listen to and laugh along with the despicable garbage that spewed from the mouth of James MacDonald? How does anyone think that a *nice* person could listen to a pastor making fun of physical defects of elders, members and fellow pastors? What do you think Jesus might say about this?

I made this comment over at The Elephant’s Debt under a post on Rick Donald’s resignation. I couldn’t understand why people thought men, who played along with MacDonald, were nice. You see, in my world, nice people would not stand for such things being said in their presence. 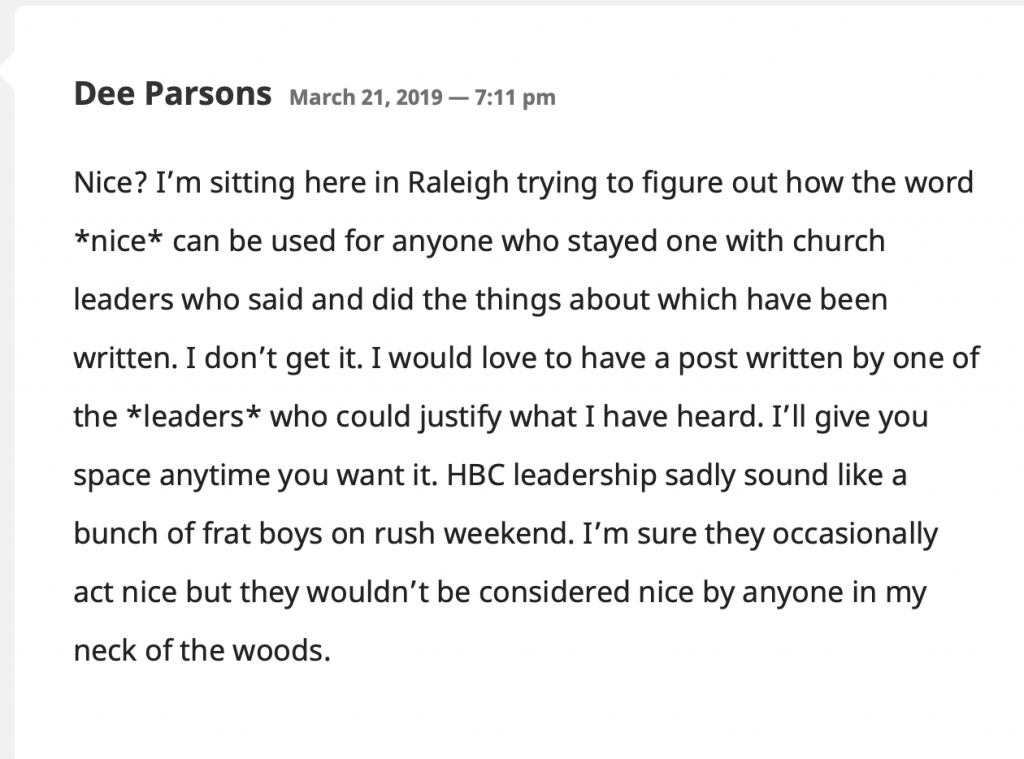 Here is one response. Now, I’m sure Dale Harris is nice but I disagree with his explanation. 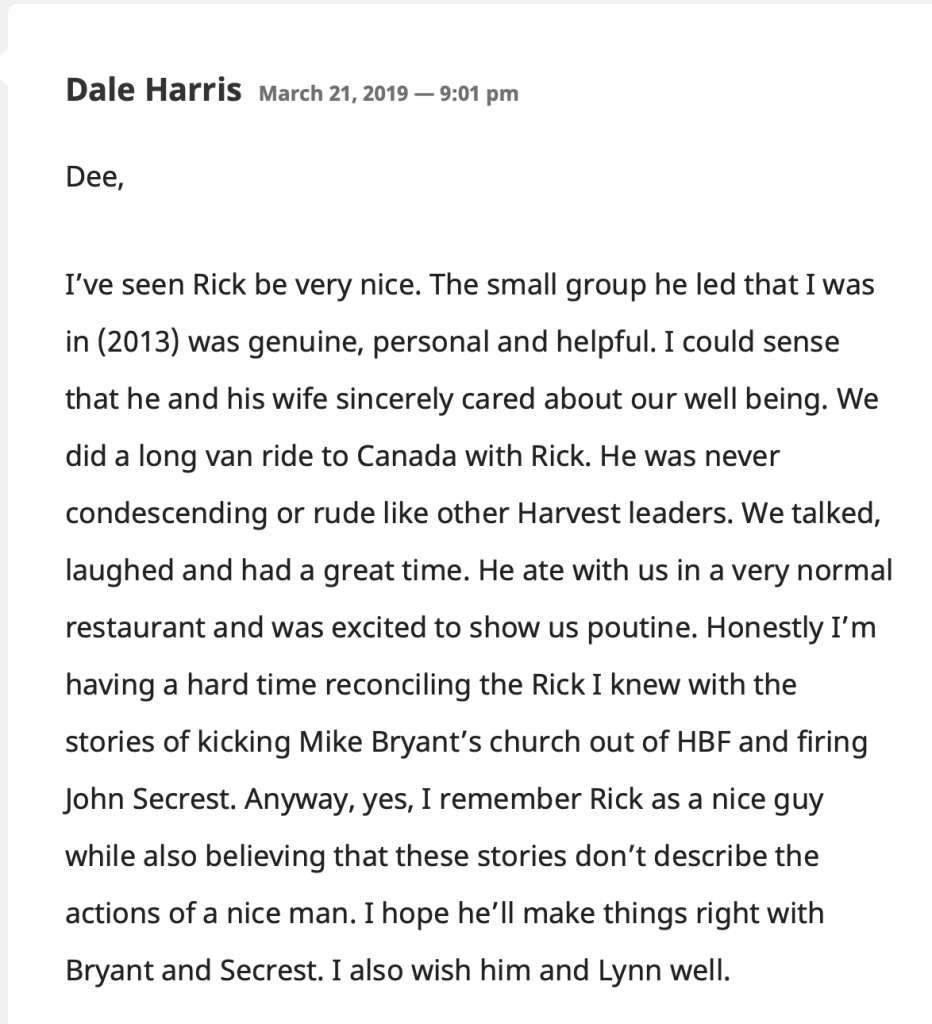 If you love those who love you, what reward will you get? Are not even the tax collectors doing that? And if you greet only your own people, what are you doing more than others? Do not even pagans do that?

It’s time we stop offering excuses for bad behavior and start calling one another to repentance. Nope- these leaders, who are resigning in droves, weren’t really nice. They were merely pleasant to people who were sweet to them.

I would love to see more discussion on the difference between being nice to those who are nice to you and being truly loving and kind. I think there is a big difference.

Today, TWW presents another Harvest Bible Chapel pastor who left. Garrett Higbee ran HBC’s biblical counseling group called Soul Care. I’ve been reading some comments that confidentiality may have been breached within this group but I don’t know how true that is. Here is his resignation letter which will be followed by his personal statement of his time at HBC. 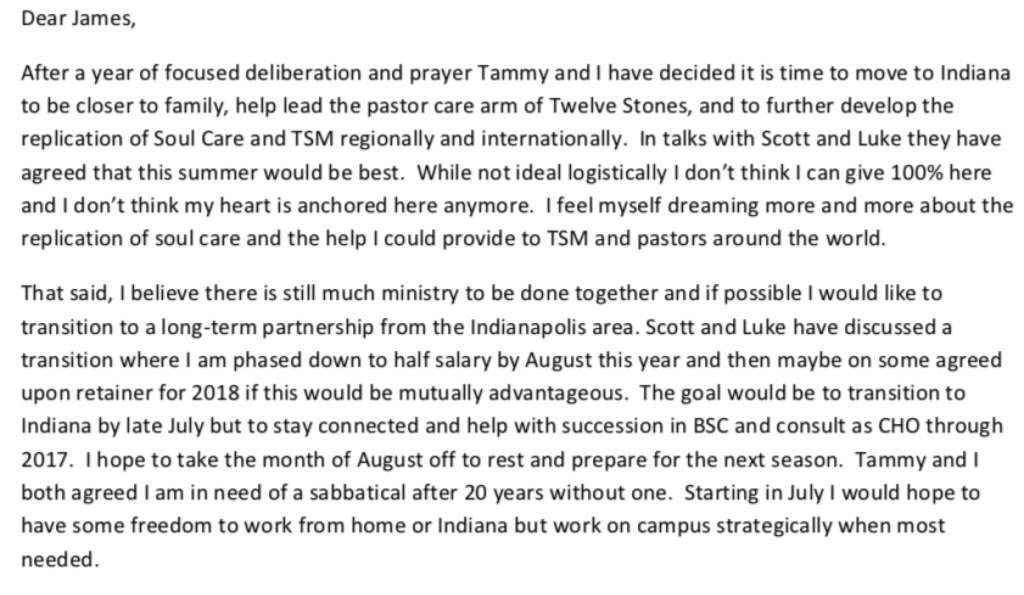 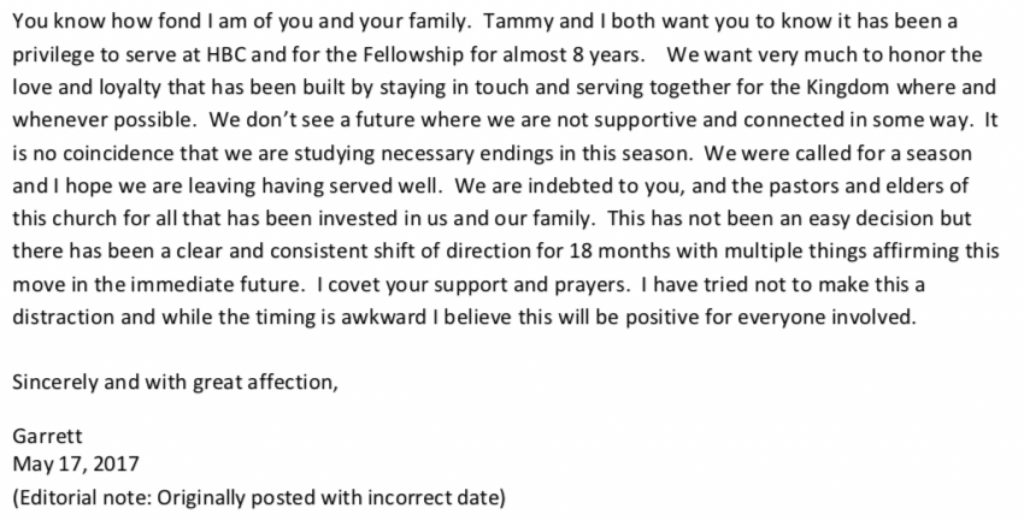