“I can mix and match a cute shirt with some skinny jeans under a leather jacket and it looks fun and unique.” Miley Cyrus 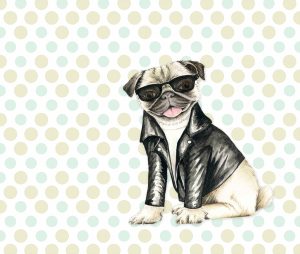 Subtitled: Do lawyers give BOGOs?

What a surprise… James MacDonald’s HBC is suing over the mis-management of 5 loans that they received from Evangelical Christian Credit Union. If this lawsuit is what it appears to be, it is not the time to be on James MacDonald’s Harvest Bible Chapel’s bad side. Apparently HBC is miffed off with Evangelical Christian Credit Union and, as he told us in the Christianity Today article, lawsuits are sometimes biblically cool. Even Wayne Grudem agrees with him so it really must be the gospel™.

Now, for the involved lawyers, here’s what I’m trying to say in a thoughtful, non-lawsuitable way. (Is that a word?) An alleged copy of this purported filing was sent to me by someone who is allegedly in no way related to The Elephant Debt writers, their wives (!!!) and Julie Roys. I would be more than happy to remove this post if someone could prove to me that this lawsuit doesn’t exist.

Why is MacDonald suing the wives of TED when he teaches women to stay quiet when they are not happy with actions of their husbands?

Oh, by the way, since James MacDonald believes that wives should be silent in marriage when men are not doing things they way the wives think they should, why is he suing the wives of The Elephant Debt?!

Even where the most dramatic change is needed, the wife impacts her husband without a word. Far more than a promise that a husband can be changed by the example of his wife, it is a strong injunctive, ladies. Your silent witness has tremendous power. Certainly this is not saying that a wife shouldn’t communicate with her husband. But your impact is best made by your actions, not your words. Words don’t work.

The following lawsuit deals with 5 loans that HBC obtained from Evangelical Christian Credit Union (ECCU). HBC contends that they had offers to get better loan arrangements from other groups but stuck with ECCU because they had a long time good relationship (that sure died a painful death) with them and had reason to believe that ECCU would refinance the loan. Unfortunately, ECCU eventually denied loan modification or loan refinance.

HBC appears to claim negligent supervision, deceptive trade practices, and common law fraud. HBC wants special damages, punitive damages and compensatory damages. Yep-It appears HBC is going for the gold. At the risk of beating a dead horse, could this have something to do with their biggish debt burden?

The following document is a PDF. You will need to click on the link to read it. I hate Scribd.