“There is nothing more irreligious than self-absorbed religion.”― J.I. Packer, Knowing God 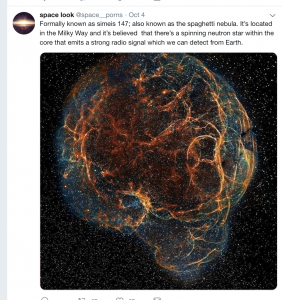 In 2014, we wrote Proof That It’s Not a Membership Covenant™ But a Legally Binding Document. In the post we discussed a lawsuit against Vineyard Church of Columbus, Ohio. Let’s go back and review what happened. This church tried to prevent a family from suing them since they signed *a membership contract.*

In 2011, the family proceeded with a lawsuit, naming the pastor, the church and the denomination. They alleged that the pastor was abusive in his actions because he was aware of the woman’s past history and used his position as an authority figure to take advantage of her.

The woman’s counseling fees, in the aftermath of that betrayal, have been high and the family is suing to recover those expenses. However, it appears that they are only asking for help with medical bills, which is understandable given the extent of the betrayal and her subsequent hospitalization. In other words, they are not asking for the moon.

the woman and her husband agreed to handle disputes only via biblically based mediation or binding arbitration when they became members of the church
Now watch how dogged the church becomes in this instance. A lower court ruled in favor of the lawsuit proceeding. Apparently, they did not agree that the family had agreed to biblical mediation upon becoming members since it was not clearly spelled out. So, the church appealed and lost that appeal reported on 6/2014. The church claimed that such mediation was implicit when they joined the church. Again, from the Dispatch:

Nathan said the church is considering its next step and he continues to hope for Christian mediation.
Let’s take a look at some of the issues inherent in this case.

The church lost its appeal ONLY because they did not clearly state that mediation was part of their membership agreement. You can be sure that such an oversight has been remedied.The church clearly believes that their membership requirements bar a member from seeking legal redress against the church. It appears they will go to court again and again to prevent outside legal action.

Note how long this process has been going on for the family. The initial lawsuit was filed in 2011. It is now 2014 and the church is considering further legal options. They are digging in. So, even though the outcome has been in favor of the family, they have been fighting for three years and the case has still not been heard in court. This is an exhausting, financially draining process for the family, even if they eventually win.

Once again, the Vineyard Church of Columbus, Ohio is in the news. Man charged with child sex crimes has history of working with kids, prior trouble.

However it appears that the Vineyard Church knew about this man a few years ago… See what’s missing from the church’s statement.

Yep- you guessed it. They didn’t report him to the police. They took care of their people in their church. Who the heck cares about children outside of the church?

So, they released a statement which shows, once again, they are only worried about themselves.

In a written statement, Vineyard Columbus said: “We take the safety and security of our children very seriously and we have policies and procedures in place to ensure our church is a safe place for young people.”

In my opinion, the Vineyard Church of Columbus, Ohio appears to be a unsafe church when it comes to kids and women.