“Be wise about whom you confide In.” ― Lindy Tsang 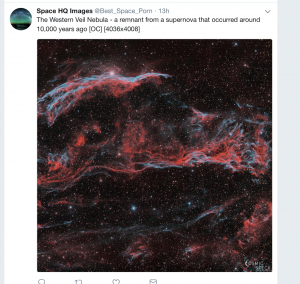 Finally, back to biblical™ counseling. Here are my previous posts in case you missed them.

The above articles outline what I believe are serious deficiencies in the Biblical Counseling movement. These range from ill-educated counselors, questionable leadership, insufficient education, and dubious resources. I now have another problem to add to this list after I re-introduce you to the leader of this movement.

Who is Heath Lambert?

According to the website for ACBC (Association for Certified Biblical Counselors):

Dr. Heath Lambert is the Executive Director at the Association of Certified Biblical Counselors.  ACBC is the largest biblical counseling organization in the world with counseling training centers and certified counselors in 29 countries.

Dr. Lambert is a faculty member at The Southern Baptist Theological Seminary and their undergraduate institution, Boyce College, where he has taught since 2006.

Dr. Lambert is a founding council board member of The Biblical Counseling Coalition.  He serves on the editorial boards of The Journal of Family Ministry, and The Journal of Biblical Manhood and Womanhood.

According to First Baptist Church, Jacksonville:

Dr. Heath Lambert came to FBC JAX in 2015 as associate pastor. In May of 2018, he assumed the role of senior pastor. A faithful teacher of God’s Word, Pastor Lambert is also a leader and advocate of biblical counseling, serving as Executive Director of the Association of Certified Biblical Counselors

Make sure you understand his allegiances beyond the biblical counseling world.

Given his background, what might you expect about his view on the church?

What does he think about confidentiality in biblical counseling?

In a series called “Truth in Love” he speaks on Counseling and Confidentiality which you can listen to here. The following are some comments that jumped out at me.

Dealing With Sin in the Church

15 “If your brother or sister[a] sins,[b] go and point out their fault, just between the two of you. If they listen to you, you have won them over. 16 But if they will not listen, take one or two others along, so that ‘every matter may be established by the testimony of two or three witnesses.’[c] 17 If they still refuse to listen, tell it to the church; and if they refuse to listen even to the church, treat them as you would a pagan or a tax collector.

19 “Again, truly I tell you that if two of you on earth agree about anything they ask for, it will be done for them by my Father in heaven.

Lambert appears to claim that making sure that sin in the life of the believer should be prosecuted. Therefore, the counselor must work with the leadership of the church to make sure that discipline happens. Seriously?

Reportable sin is ill-defined and this is a dangerous suggestion to ill educated counselors.

In 2015, TWW wrote Jonathan Leeman and 9 Marks: Abusive Church Discipline and the Problem With Matthew 18. In this post, we questioned 9 Marks church discipline theories that Heath Lambert and others follow.  o on over to the 9 Marks website and see how often they quote Heath Lambert and ask him to speak.

What is the real problem. Groups like 9 Marks and their followers adamantly refuse to define which sins need to be disciplined. This should be a red flag for many who seek counseling.

What should a church discipline? This is the real *key.*

This is the fatal flaw in the system of church discipline. All systems need checks and balances. Since the sins that need to be disciplined are not spelled out, anything is up for grabs like:

Here is one *complete list of sins from the New Testament.* I have only copied through the *D’s.* There are 124 sins in that list.

1. Abusers of Self: Self polluters, having unnatural lusts
2. Adultery (Note: Only for those who have been married)
3. Anger
4. Backbiters: Those who speak evil of those who are absent
5. Banqueting: A drinking party
6. Becoming a Stumbling Block to a Weak Brother Through Our Liberty: Taking liberty to do things without thinking of the effect on a weaker brother’s conscience.
7. Being Angry With One’s Brother: Expressing unkind thought or action toward others
8. Bitterness
9. Blasphemy
10. Boasting
11. Brawling
12. Brother Going to Law Against Brother: No definition given, so I’ll wing it. Bringing legal action against another. If someone has a better definition, please let me know.
13. Burying our Talents: Not making wise use of what God gave us
14. Calling One’s Brother A Fool: Ridiculing another
15. Chambering: Unmarried people living and sleeping together
16. Clamor: Loud, continued noises
17. Complaining
18. Contentious:Quarrelsome
19. Corrupt Communications:Unprofitable or impure language
20. Covenant Breakers: Lightly breaking a solemn or legal pact.
21. Covetousness
22. Craftiness: Cunningness
23. Debate
24. Deceit
25. Defiling the Body
26. Defraud
27. Denying Christ
28. Desiring the Praise of Men: Doing things to gain praise.
29. Despiteful
30. Dishonesty

Never, ever sign a release to allow your Biblical counselor to discuss your *sin* with anyone else.

This speaks for itself. Do not sign anything that claims it is a *release,* a *counseling covenant* or a counseling contract.

What to do if you have signed such a release.

You may revoke your assent at anytime, no matter what the counselor tells you. You may be forced to finish an agreed upon payment. However, you need to warn the counselor, in writing, that you do not give him/her permission to discuss your counseling sessions with anyone else from the moment that your letter is received. (Send it certified mail.) You may consider bringing your contract to an attorney for further advice before proceeding with any steps to dissolve your contract.

Do not discuss your counseling woes with the pastor (or any other staff member) of the church which is sponsoring this sort of counseling after sending the letter. That could be perceived as revoking your instructions not to discuss your case with anyone else.

In fact, given this group’s love of church discipline for sins not defined a priori, do not discuss your concerns with church leadership. That discussion could be used as proof of the sins of divisiveness and lack of submission. That’s enough to get you into real trouble. Ask Todd Wilhelm what happened to him.

What to do if you have a biblical counselor and have not signed a release that mentions confidentiality.

Look over the papers they gave you when you signed up for biblical counseling. if confidentiality is not mentioned, there is a possibility that it has not been mentioned for a reason. At this point, ask the counselor for their position on confidentiality in writing. If they do not have it in writing, you have a problem. It is highly likely that they will not adhere to a confidentiality clause.

You now have a decision to make. If you want confidentiality, you should immediately seek out another counselor who will give you reassurances, in writing, of their standards of privacy. As my husband regularly says, “The church often has lower standards than secular society.”

Run, don’t walk, from biblical™ counseling if you believe, as I do, that your counseling should be a private matter. Remember, we are all sinners. Your counseling should not be used a prelude to church discipline. You can be sure, after listening to Lambert’s recording, that you are highly likely be subjected to church discipline when working with such a counselor. Remember, they can divulge any sin that want to. Do not let anyone have that power over you, especially poorly educated biblical counselors!

I am really looking forward to a discussion on this post. Have any of you ever had confidentiality betrayed by a biblical counselor?