“This is the murder of a soul,” said VanSickle, who testified before the grand jury. “We don’t have a statute of limitations on the crime of murder. We don’t go after victims . . . and question their ‘repressed memories’ or ‘recovered memories.” Washington Post 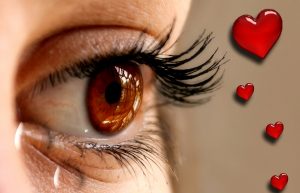 I will be posting several posts today to get us caught up with some information on things flying around social media. A church which follows this blog kindly forwarded the link to the grand jury statement of their findings during an investigation on the Catholic Church and pedophile priests.

The response on this story has been overwhelming. However, some ill-informed individuals in the evangelical set have made a dangerous assumption. They claim that it is the rule of celibacy for priests that has led to priests assaulting children.

Let me make this perfectly clear.

Celibacy does not cause pedophilia.

Pedophilia is a profound psychiatric disorder for which there is no cure at this time.

The goal for pedophiles is to never molest. For that to occur, they will need intensive therapy and support for the rest of their lives. Repenting of pedophile behavior does not mean that they are now normal. The yard still at serious risk of reoffending.

Pedophiles seek out professions or activities which bring them into contact with children. They look for institutions that  protect them when they molest children.

Throughout the broader evangelical world, many married pastors with children are pedophiles.

Christa Brown has documented SBC predators for years at Stop Baptist Predators. She has only uncovered the tip of the iceberg. She knows it. I believe that we evangelicals better get ready. Our day is coming, sooner rather than later. Evangelicals will find that marriage, children and divinity school are often sought as covers by predators looking to harm our children. It is time to wise up.

The Washington Post wroteMore than 300 accused priests listed in Pennsylvania report on Catholic Church sex abuse. Pay attention to the numbers. The Grand Jury identified 1000 children but believes that there are thousands more who were assaulted. Here is the Post’s overview.

More than 300 Catholic priests across Pennsylvania sexually abused children over seven decades, protected by a hierarchy of church leaders who covered it up, according to a sweeping grand jury report released Tuesday.

The investigation, one of the broadest inquiries into church sex abuse in U.S. history, identified 1,000 children who were victims, but reported that there probably are thousands more.

“Priests were raping little boys and girls, and the men of God who were responsible for them  not only did nothing; they hid it all. For decades,” the grand jury wrote in its report.

The Washington Post provided a link to the grand jury report. Here is the actual link.

Here is the beginning. It will break your heart. 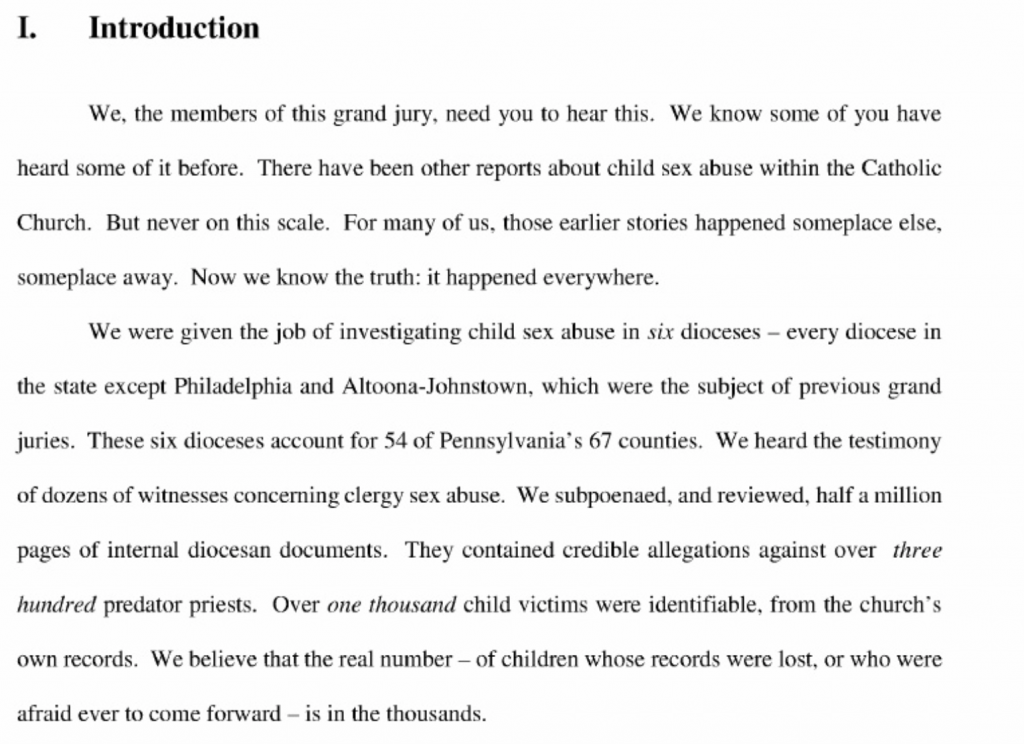 Will all who comment or read this pray for the light to shine on all churches in all denominations? We must root out this horrific problem to save our children from pain and suffering. We need to wise up and fight this scourge. Remember Matthew 18:6 (NIV). It appears that Jesus is severely warning those who would harm our children. Remember what Jesus said about Judas? He was the devil even though Jesus chose him.Jesus said that it would have been better if he had never been born. This statement by Jesus runs in a similar vein. Pedophilia is evil and it destroys lives.

“If anyone causes one of these little ones–those who believe in me–to stumble, it would be better for them to have a large millstone hung around their neck and to be drowned in the depths of the sea.