“Conflict forces us to be fully present because it shatters our ego – stripping away all hope of escape or sugar coating. It removes everything that is nonessential to our authentic being; it removes all superficial layers. Conflict is painful because it wakes us up out of our created illusions. And if we lean into it, conflict can be the catalyst to our enlightenment.” ― Alaric Hutchinson 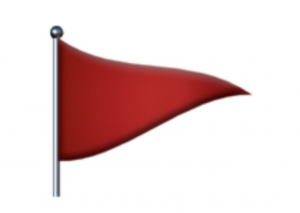 Yes, I’m writing fast and furiously before I hit the road.

Crossroads Resolution Group hired to WCC has links to Peacemakers.

TWW and other groups have written extensively about Peacemakers. It is our opinion that this group markets itself to leaders. It was hired by Sovereign Grace ministries during their long attempt to smooth things over. Frankly, when CJ Mahaney likes a group, one should beware! (Note: TWW was on another platform at the time of writing some of these posts and have not updated the format to the subsequent blog so things look a bit odd but it is still readable.)

A few days after posting the Sande interview, Mahaney featured Peacemaker’s Leadership Opportunity resource kit in his blog post, “Resolving Conflicts – A New Resource for Pastors” (Note: This resource is specifically FOR PASTORS – more on that in the next post.)
In this post Mahaney remarked: “I was so impressed by the content that I had copies of the study purchased and mailed to every senior pastor in Sovereign Grace Ministries.” Here’s the link to the Peacemaker Ministries resource.

As we continue to connect the dots between SGM, CCEF, and Peacemaker Ministries, you might be interested to learn that Dave Harvey was a keynote speaker at the 2009 Peacemaker Ministries conference that took place in Dallas, Texas. This year’s Peacemaker conference begins in just two days. The Conference title is “Forgiveness”, and SGM’s Josh Harris will be speaking. For more information, go to this link.

On the surface Sovereign Grace Ministries appears to have a cozy relationship with Peacemaker Ministries, and we wonder how much of their almost $3 million budget has been supplemented by the SGM “family of churches”.

They do again under *Rules of Procedure for Christian Conciliation” by linking to Rules for Procedure.

IMPORTANT NOTICE
Although many conflicts can be successfully resolved with the assistance of lay conciliators, some disputes are so complex that they require the involvement of well-trained professionals. Furthermore, the Institute for Christian Conciliation (a division of Peacemaker Ministries) has no control over persons or organizations that use these conciliation procedures outside of its direct administration, and cannot be responsible for the services they provide. For these reasons, when parties select their own conciliators, they should carefully consider the training and experience of the individuals who may serve them.

It runs deeper with the resume of David Schlachter who basically runs Crossroads.There is no question that this groups is closely linked to Peacemakers.

I have served as a mediator and arbitrator since my certification in 1999 as a Certified Christian ConciliatorTM, serving as a Vice President for Peacemaker Ministries, directing The Institute for Christian Conciliation, from 2005 – 2012. In this role, I oversaw the delivery of mediation and arbitration services for Peacemaker Ministries handling several hundred cases.

I am a Conciliation Panel member for the Institute for Christian Conciliation, serving as a mediator and arbitrator. (www.Peacemkaer.net/ICC).

Due to our many posts involving Peacemakers, TWW is of the opinion that this group will be biased towards the leadership at WCC. Therefore, we are providing this post as a resource for the victims of Bill Hybels as they process their situation.

The Chicago Tribune presented an update on WCC and reveals that WCC hired this group 12 years ago because Hybels was accused of being abusive!

Now, the elders have taken another step by hiring a Christian conciliation firm, Crossroads Resolution Group, to help the church communicate with the women and, leaders say, repair some of the damage they have done.

The victims have rebuffed this attempt. It appears that they get the issues surrounding Crossroads. I would not trust any conciliators with this group due to their ties to Biblical Counseling and Peacemakers.

Adding to the mistrust, the church hired a firm whose founder, David Schlachter, was hired by Willow Creek’s elders 12 years ago to address complaints that Hybels had been abusive and bullying toward staff members. Hybels rejected calls that he take time off, and an elder, who wanted to see the complaints addressed, resigned and left the church after working with the conciliator.

In response to questions from the Tribune, Willow Creek said Friday that Schlachter “has made clear that he does not want to be an obstacle to reconciliation” and will no longer participate personally. Instead, two other conciliators from his staff will work with the women.

It appears that the victims get the problem surrounding this group as well as the difficult issues of repentance and reconciliation.

Here are some of their responses.

TWW stands with these victims as we express our concerns about how WCC is proceeding with this issue. TWW has some ideas on finding a truly independent group but are aware that this may not be their priority.