The role of the pastor is to embody the gospel. And of course to get it embodied, which you can only do with individuals, not in the abstract.-Eugene H. Peterson link 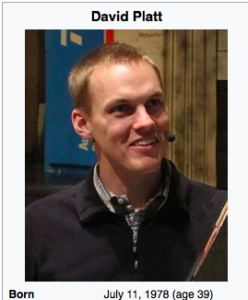 What is a good pastor?

I am thankful to a special friend who invited me to take a course on Pastoral Leadership offered by a conservative seminary. He thought it might help me to understand what good seminaries teach about being a pastor. He also said that my observations of being a church member in a number of churches would be helpful to pastors as well. Last evening he stressed the four things a pastor must do or exhibit.

The Gospel Coalition recently posted Pastor, Strive to Learn Their Names written by Benjamin Vrbicek. At first I chuckled because it seems obvious to me that pastors who should know the names of those in their congregation. However, imagine being the pastor of a mega church. How in the world can they ever learn the names of their people. They cannot-plain and simple.

The reason we should learn names is twofold. First, a general reason: God has always existed in relationship—the loving relationship of Father, Son, and Spirit. And because we are made in God’s image and likeness, it’s not good for us to be alone. I believe this is the main reason why people desire to be where everyone knows their name, as in the tagline from the old show Cheers. God designed us for community.

David Platt is the new teaching *pastor* of McLean Bible Church while continuing to be the head of the International Missions Board of the SBC.

Earlier this year, Platt went to McLean Bible Church as in interim pastor. It looks like he is staying on.

According to Christianity Today:

This week, it was announced that David Platt will soon be voted on to be the new teaching pastor at McLean Bible Church. (I first learned of it from SBC This Week.)

Based on social media, not everyone is excited about it. McLean is new to the Southern Baptist Convention. Platt and his team are also reorganizing the board and the IMB is going through significant change.

McLean Bible Church, originally nondenominational, is a recent member of the Southern Baptist Convention. It is a mega church in the DC area with 5 locations and claims an attendance of 13,000 each weekend. Also, there are close ties to the SBC since the NAMB (North American Mission Board) runs their church planting efforts out of McLean.

MBC initially became a cooperating church in 2016 when it became the hub for the North American Mission Board’s church-planting efforts in the Washington, D.C., area.

What exatly is McLean Bible Church looking for in a pastor?

McLean Bible Church was obviously looking for a high profile name to be their teaching pastor. Catching a celebrity pastor is the latest craze amongst growing churches with money an whoe leadership is seeking prestige. So what's the deal? How does this work?

According to SBC This Week he is only going to teach (give sermons) and will not do anything else in the church. He also is not going to get a salary for this new position.

The elders of McLean Bible Church (MBC) have asked Dr. David Platt to consider becoming Pastor-Teacher of the church, a title used in the church’s constitution to describe the pastor whose primary duty is “to preach and teach the Word of God.” As Pastor-Teacher (or Teaching Pastor), Dr. Platt would serve alongside other pastors in the church including Dale Sutherland, who is the Lead Pastor responsible for overall day-to-day leadership in the church. Dr. Platt would serve as Teaching Pastor, not Senior Pastor, he would not be involved in overall day-to-day leadership in the church, and he would not receive a salary for his role at MBC.

How do the trustees of the IMB feel about this?

Here is a cautious, rather underwhelming, statement from the trustees att the IMB:

“Our president, Dr. David Platt, has expressed a deep sense of calling to serve as teaching pastor of McLean Bible Church while also continuing to lead the International Mission Board,” Dilbeck said. “We respect Dr. Platt and his sense of the Lord’s leading; and we recognize our responsibility to hold him accountable for his work leading the International Mission Board. Over the coming months, while Dr. Platt serves as teaching pastor for McLean Bible Church, the trustees of the International Mission Board will evaluate Dr. Platt’s fulfillment of his responsibilities as IMB president. Trustees also will evaluate McLean’s level of partnership with the Southern Baptist Convention. We plan to revisit this matter in our February trustee meeting.”

Platt has stated he spends 20-25 hours a week preparing for one sermon. Yet his time on his weekend was supposed to be for him to spend with his family.

According to SBC This Week, he has all sorts of arrangements so he can *serve* his family.  You see, he gets to go to church with them and then get up and preach/teach.

As Teaching Pastor at MBC, Dr. Platt would continue the pattern of being with his family in this local church approximately 65% of his weekends. He also will continue to spend 35% of his weekends traveling domestically and internationally carrying out IMB responsibilities and preaching in Southern Baptist churches, in addition to his extensive travel during the week.

David Platt states that he spends 20-25 hours preparing for one sermon.

Preparation time can't look the same for that, but only having to preach one text a week gives me the liberty and the opportunity to spend between 20 and 25 hours—sometimes less, sometimes more—in the text during the week.

Ed Stetzer thinks this is all hunky dory because he did the same sort of thing.

What did Ed do?

(PS: We would like to know how many of Ed Stetzer church plants survived….It's a little hard to get that number…)

Stetzer wrote an article for Christianity Today about Platt's new position. In David Platt to Be a Teaching Pastor—Is it a Bridge Too Far for the IMB President? Before we get into this post, let's take a look back at the views that Ed Stetzer had about his former pastoral role in churches. In a TWW post Ed Stetzer and the Four Fence Posts that Define His Ministry, Stetzer explained what he did and did not do as a bi-vocational pastor. We were rather shocked about his attitude toward pastoring.

Keeping that statement in mind, what does he say about Platt's new role at teaching pastor?

….Now, maybe I have a stake in this because I’ve been walking this kind of bridge for years, although not while leading the world’s largest protestant, denominational missions agency. But, and this is key: most of the day-to-day organizational leadership in large organizations and churches is done by choosing good people in both places. I’ve seen it work well.

Thus, the model in the New Testament is shared leadership.

My assessment of David Platt as teaching pastor.

There is something missing here. Far too many people are looking for a celebrity so they can say "We go to David Platt's church." What does this mean? Sadly, nothing. Anyone can listen to Platt on podcasts. They will know him just as well as his church will know him which is not at all.

A final thought:  "Bill, this is Christ's body, broken for you.​"

I am sure David Platt is a nice guy. I visited his church a number of times when my kids were in college in Birmingham. But he is not a pastor at McLean

My husband said something that has stuck with me the past few months. We are in a church in which the pastors do show love and humility. One evening, after communion, my husband was strangely silent when we got in the car. He turned to me and said "Pastor X called me by my names tonight when he handed me the bread. He said "Bill, this is Christ's body, broken for you." I have NEVER had anyone do that in communion before. He actually knew my name and used it." My husband had tears in his eyes.

Folks, find a church in which you have a real pastor, not a talking head who offers nothing different than a podcast Find a pastor who knows your names and will come and sit with you when you are in the hospital. Find a pastor who will do your funeral and not punt it to the third tier pastoral staff. Find a church in which the pastor knows you name and truly cares about you-not an abstract you who is just a part of a mass of faces. In oterh words, find a real church.