“Stab the body and it heals, but injure the heart and the wound lasts a lifetime.” ― Mineko Iwasaki link 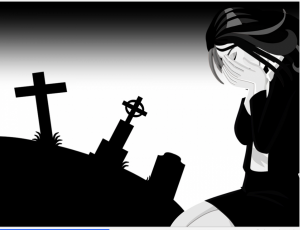 Two weeks ago I was shopping at a big box store in Raleigh. A smiling young woman in her mid 20s was at the register. She was having some trouble with her phone, and I told her to reboot it. (See, GBTC, I'm learning.) Well, it worked and she asked me if I worked with computers. (GBTC-Stop laughing.) I told her I was a blogger, and she asked me what I blogged about. I always answer that question, *child sex abuse and the church.* She started to tell me about a church in town that had lots of teen boys who were abused. I asked her if she was talking about Providence Baptist Church.

She got emotional and said she knew someone who had been abused. Then, her eyes got wide and said "Are you the lady who blogged about that? I know about you!" She ran around the counter and grabbed my hands, thanking me profusely. There was a line of customers so we couldn't talk longer.

For the next couple of days, I began to think about the big picture of what happened at that church.This all transpired in 2006-2009. The abused teens were badly hurt (some of the worst cases of molestation I have ever heard.) But there were others who were hurt, albeit not physically abused. I know a number of young adults who have turned away from the church because of what they witnessed. Not all of these young people were on the sidelines. They were related to church *leaders* who called those of us who fought for the truth, "Liars".

I have known Lise for a long time. Her parents are dear friends and were in the adult Sunday school class that I taught, along with my husband and another friend. That very active class split up when many of us realized we could no longer attend a church that looked at us as liars for seeking the truth. Thankfully, a group of us remains friends to this day.

I believe Lise's story is very important. There are far more people hurting when a molester in the church abuses youth in the church. Our sons and daughters are watching us. Do you want to be known as the person that kept your mouth shut in the face of evil or do you want to go down fighting evil, even if it means losing your church and your friends? The answer to that question may affect your children for years to come.

One woman in the church told me "I do not feel called to be concerned about this matter!"

The Deebs are grateful that Lise wanted to tell her story (with a little prodding from us.) She is a remarkable young woman, and I am grateful that faith still matters to her. I would not have blamed her for walking away from the church. You may see her name crop up now and then because she has agreed to help us with things like Facebook. Milennials know what they are doing in that regard! Thank you, Lise. You are one brave woman!

Background note: Most of the pastors who were present when this incident transpired have left the church. I do not want the church today to be judged on the actions of the former pastors. I hold no hard feelings to the church, although I continue to believe they mishandled a horrendous situation. It was the response of the pastors and elders at PBC that opened our eyes and led to us start this blog.

A couple years before he retired, the senior pastor, David Horner of The Gospel Coalition Council, invited his good buddy, CJ Mahaney, to address the congregation. I think that one act shows just what he thinks about child sex abuse and the long-standing pain and suffering of the victims and their friends who attended his church. As far as I am concerned, he thumbed his nose at the victims.

Note to the abused teens and their friends: If any of you want to tell your story, contact us or Lise. We will hold your identity in strict confidentiality, if you wish. Please know that the Deebs think about you all the time and we are so, so sorry for the pain caused by the abuser and then by callous church leaders.

When I was thirteen years old I was a member of a Sunday School class at Providence Baptist Church for middle school kids. The Sunday School teacher of that class was Doug Goodrich.

In August of 2007, Doug Goodrich was sentenced to thirteen years in prison for what he did to boys that attended my church.

I wish I could write this and tell you that I was wary of Doug, that I got an off vibe from him and knew to keep my distance. That the only reason I went to that Sunday School class was because my brother went to the high school one. That wouldn't be the truth.

The truth? I loved that class. It was the first place I felt at home at Providence since my family switched to Sunday morning two years prior. Most of the kids in the class were kids I had known at Saturday night church and the only other girl in the class quickly became the best church friend I had ever had. I thought Doug Goodrich was hilarious and charming and basically one of the coolest people on the planet.

The first day I walked into the class, Blake Hickman, my middle school pastor at the time, immediately sang Doug’s praises. For a solid five minutes he cracked jokes and bantered with Doug and ensured us that Doug was one of the best Sunday School teachers we could possibly have.

About six months later he was caught in Laurel Hills park with a teenage boy in his car around 2 am in the morning.

I don’t remember much from the rest of that summer surrounding Doug Goodrich. What I do remember are these things:

1. I remember crying at Refuge holding the hand of the other girl in the class as Steve Wright (the Youth Pastor) spoke openly about the situation for the first time.

2. I remember our senior pastor, David Horner, was on sabbatical that summer but couldn't be bothered to come back as story after story of abuse emerged.

3. I remember sitting in that class the Sunday after the news broke, staring at Blake and Joel, silently begging them to say something to us. Begging them to pull us aside and tell us that it wasn't our fault, that we couldn't have known, that it wasn't on us for trusting him, for liking him.

And so I sat there, in silent agony, wondering how I could have missed it. Wondering how stupid I was for not seeing it.

I sat there, burning with guilt as I analyzed every interaction I had with the man. There had to have been signs right? How could I have been so drawn to a person that did such horrible things?

These questions still haunt me to this day.

The most damning part of the story? When Blake Hickman sang the praises of this twenty-five-year-old man, he had already been accused of inappropriate conduct. A student had come forward with reports to the Pastors about “flashing” at camp the prior year. Blake Hickman knew, he knew and yet, on that day, my first day in Doug’s class, he convinced me that Doug Goodrich was safe and could be trusted.

People called Doug Goodrich a wolf in sheep’s clothing, I call the Pastors who knew and did nothing the shitty shepherds who let the wolf in.

Fast forward two years and slowly the truth comes out. There had been warnings, some of the Pastors knew and brushed it off, that they had accused a child of lying and mental illness when they came forward. More and more came out and bit by bit and brick by brick, the home that I had always known in Providence Baptist Church came crashing down.

As the dust settled and the ruins laid around us, my family and several others who knew the truth about the situation, about the lies and the accusations, and the horrific manner in which the Pastors and Elders at Providence pushed back when we tried to turn on the lights, decided that our time at Providence had come to an end.

Sometime in the spring of 2009, my family attended our last day at Providence. I went upstairs as usual to meet my parents in their Sunday School classroom and realized that it was really ending.

They took the pictures off the walls, they packed up the books from their makeshift library, and they each said goodbye one last time. We walked downstairs and out the back door and to our car and that was my last true day at the church I grew up in.

I finished out the year in kid’s ministry on Wednesday nights before my exchange year but didn’t attend again on Sunday morning.

After my year abroad in Germany I came back to Raleigh and figured that I might as well go to the college ministry once. After all, I had grown up in this church – I literally had no where else to go.

So I went. And standing there, in the room with people I had spent my entire life with, grown up with, I realized I had changed. Not only had I changed, but this place, these people, they could never be a part of me again. I felt sick as I thought about all that went on, all the lies and terrible things and as much as I wanted to forget, to shove it to the back of my mind and pretend that everything was okay, that was never going to happen. The damage had been done, the wound too deep, and the scar to apparent.

So I left. At eighteen years of age I walked out of my church again for what would be the last time. I walked away from the only faith institution I had ever known, I walked away from what had been my family. My messed up, abusive family, but family all the same.

For seventeen years I loved that church. It just never loved me back.