"You shall not steal, nor deal falsely, nor lie to one another.:  Leviticus 19:11 link 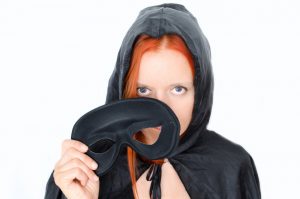 It was over before we even knew it was happening.

A few years ago, I realized that a church I attended was being co opted by the Calvinistas. I knew that the majority of the members were not Calvinists but quickly discovered that the newest elders of the church were and had planned to hire a New Calvinist pastor. At the meet and greet for the new pastor, they asked us to submit, in writing, questions for the soon to be lead pastor. All of the questions were asked except for mine because "they ran out of time." My question was simply:

Are you a Calvinist?

At that point, I determined that the leaders were not to be trusted. They were deceptive with the people who trusted them. Within short order, the church became a member of The Gospel Coalition without telling the church members. The move was then made to change the constitution and bylaws. The new pastor raved about Mark Driscoll, recommended CJ Mahaney books, and stated that church discipline was at the top of his agenda. He then fired a long-time, beloved ministry leader and hired his BFF, a CJ Mahaney look alike who immediately started discussing his authority while sadly attempting to look hip in perfectly pressed, rolled jeans.

Sadly, the lead pastor decided to hire a youth pastor who was involved in the mother ship of the former Sovereign Grace Ministries, showing that he just didn't get it. He was just another ho-hum wannabe of the big dogs.

We immediately resigned from the church, stating that we had joined the church before it was a New Calvinist wannabe and that we were most decidedly not Calvinists.

Sadly, these new elders and some former pastors did not inform the congregation that their theology was about to change. This sort of gamesmanship is despicable for so-called Christians.

What to do before your church hires a new pastor.

This is the smartest way to avoid serious church conflict.

Churches with buildings and other assets are ripe for a takeover, so be smart.

Starting a ministry from scratch, sans meeting place, regular income, etc. is quite difficult. Many lending institutions are wary of  granting large loans to build church mega buildings. You know the type – warehouses with a cross on front. There are few uses for such buildings after default. One large ministry in the Triangle decided not to build such a complex and instead is now buying or renting smaller buildings. Many of them are former churches.

We have written about a number of churches with valuable land, buildings, and decent contributors that were targeted for a Calvinista incursion. Therefore, assume that if your church is one that has decent assets and is looking for a new lead pastor, Calvinists and other authoritarian types will be applying for the position.

Know what the church wants prior to forming the search committee.

Settle your church's doctrinal bent a priori. If the congregation is Reformed, then all is well. Even then, remember that the pastor is not necessarily *called* to serve you. He may be hearing the assets calling out to him. This is the time to get the congregation on board. Arrange meetings to discuss basic theological perspectives. Make sure the search committee is aware, well ahead time, of what the people want. Tighten up the search parameters.

If a likely candidate is found, make sure everyone has the opportunity to ask hard questions.

What is good for the goose is good for the gander. The Deebs can assure you that possible candidates for positions in well known Calvinist churches are asked questions out the wazoo. Theology is explored in great depth and that is perfectly fine with me. They sure as heck do not want an Arminian to screw things up in their churches.The problem is that many churches that are not Calvinist are not inclined to do the same.

The Calvinistas have been writing article on how to obfuscate the fact that they are Calvinists. They play games with the word *grace,* for example. How they can do this and think they are behaving in a Christian manner is beyond me, but cognitive dissonance and arrogance probably plays a big role.

Therefore, folks, get smart and ask those questions. It is fair and right to do so. Here is one set of such questions QUESTIONS FOR NON- CALVINIST SBC PASTOR SEARCH COMMITTEES.

What happens if your church has hired a Calvinista?

It is often way too late to deal with this after the pastor is hired. Church members are often glad that the search process is over. Many members are not educated in how to deal with a myriad of small changes that eventually become big changes. By that time, the church is usually in an uproar – people are leaving, employees are being fired, and people are choosing sides.

Signs that the church is changing.

If you think something is wrong, it probably is.

I realized that I was in an untenable position when my question was not read at my former church. If you are at this point, you need to evaluate whether or not it is worth the difficulties you will encounter in trying to change the new system. In my case, I discovered that most of the new elders wanted this change, and some of the older pastors and leaders also were on board. Many in the congregation had no idea what was going on and did not have the inclination to pursue it. So, my husband and I quit and eventually found a wonderful church, but it took a few years.

It is exceedingly rare that you will be able to fight back without personal consequences. Anytime a church is taken over without open and honest discussion, the men who do so are willing to lie and punish to achieve their goals. They want to be in charge, no matter how many people they hurt. In some respects, it is laughable since they do not see that they are merely admirals in leaky rowboats. In reality, they cause much pain and hurt to achieve some amorphous thing called *authority* that they cannot even adequately define.

In spite of their incessant lectures on church covenants, etc., you have a moral and spiritual right to leave any church with pastors who played games in order to become the Dons of their peculiar La Cosa Nostra. Maybe this quote from The Godfather is how I will leave it.

"I have no intention of placing my fate in the hands of men whose only qualification is that they managed to con a block of people to vote for them.”