"The BBC has now been told that Smyth also recruited one of his victims and asked him to administer further beatings." 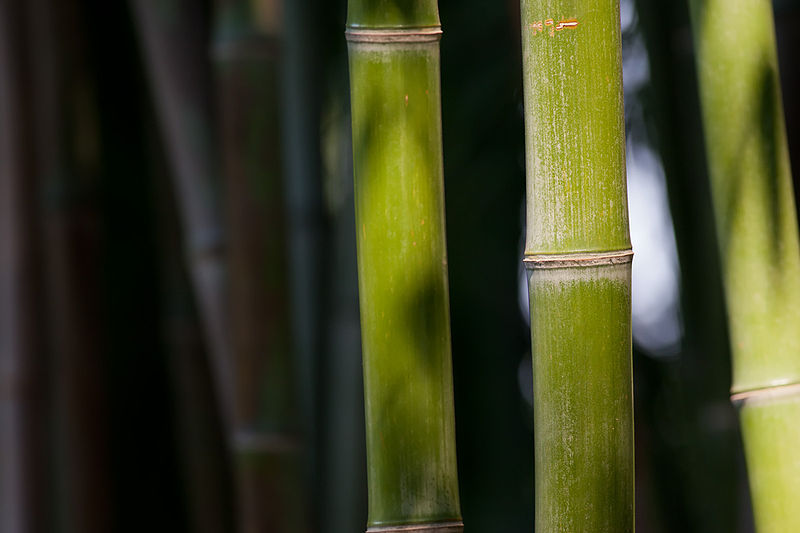 We are postponing the testimony of someone involved in a 9Marks style church takeover in order to bring a shocking update regarding John Smyth. It has just come to our attention that Smyth allegedly recruited one of his victims to carry out beatings on other students. Here is a screen shot from a recent BBC report: 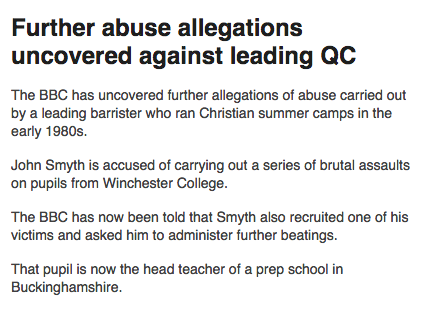 Even more shocking is the following video that details the accusations against John Smyth.

Smyth allegedly began grooming Andy Morse (featured in the video) at the age of 14. Less than two years later Andy he was getting regular and violent beatings in John Smyth's garden shed. He believes he may have been struck as many as 3,000 times over the years.

As revealed in the video, 22 young men were brainwashed and beaten in what has now been described as a 'religious cult'.

According to his bio on the Covenant Life Church website, P.J. Smyth, son of John Smyth, was born in the UK in 1971. Is Andy Morse the godfather of P.J. or one of his younger siblings? More importantly, was P.J. exposed to these purported severe beatings which left some of those who were hurt disfigured?

Simon Doggart has been identified as the one who was recruited by John Smyth to carry out the beatings Smyth could no longer administer. When Andy Morse described the beatings by Simon Doggart, he said they were much worse than Smyth's.

Doggart is now critically ill and unable to respond to questions. He is the headmaster of Caldicott (near Cambridge, England).

John Smyth can be very persuasive, as evidenced by this interview regarding Oscar Pistorius. Notice how Smyth mentions his credentials and qualifications. Perhaps this is a strategy he used to garner the trust of the young men he allegedly abused.

We wrote about the accusations against John Smyth when they first became known. The post was entitled:

Here is another video with a pastor of the South African church from which Smyth resigned. It provides some fairly current information (skip over the intro if you like).

We will continue to follow this tragic story and bring you any updates. In the meantime, please pray for those who have been hurt by John Smyth. May others be emboldened to come forward and tell of the horrific things that happened to them.