"The Gideon’s new ESV translation is a unique edition produced with permission from Crossway Publishing. It includes over 50 alternate readings consistent with the Textus Receptus, the Greek text that formed the basis of the translations for the King James Bible." 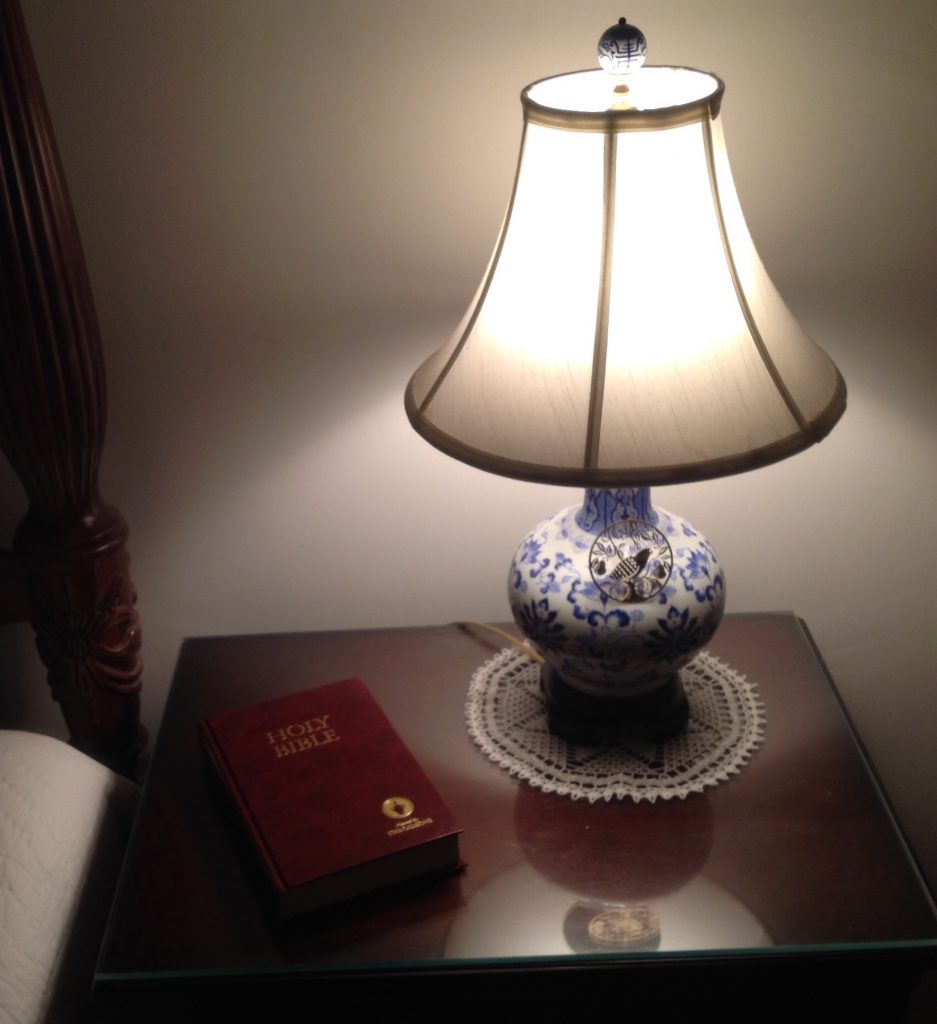 Two summers ago our church had a guest preacher who was associated with the Gideons. Gideons International is a world-wide organization of businessmen which distributes Bibles free of charge. No doubt you have seen Bibles they have placed in hotel rooms in which you have stayed.  They also distribute testaments to students, those in the military, medical workers, prisons, etc.  In April 2015 Gideons International reached the two billion mark in distributing Bibles and New Testaments.  Getting back to our church service, a love offering was collected for the Gideons that Sunday, and my husband and I were excited to give to such a wonderful organization.

Why am I bringing up the Gideons?  Because several weeks ago I was listening to a theologian via the internet, and during his talk he mentioned that the Gideons are now distributing the English Standard Version of the Bible.  That was news to me!  I called Dee and asked if she was aware of this, and she had absolutely no idea they had made the switch.  How had we missed it?

It appears that when Gideons International met in 2013, the decision was made to switch from the New King James Version (NKJV) to the English Standard Version (ESV).   Thomas Nelson, a publishing company that owned the NKJV copyright, was acquired by HarperCollins in 2012.  On July 31, 2012, HarperCollins announced that it was forming a new Christian publishing division by combining Thomas Nelson and Zondervan 'under one roof'.  After these dramatic changes, the contract that the Gideons had with Thomas Nelson was not renewed.  They had to find another version, and the one they chose was the English Standard Version (with some specific changes).

In God's sovereignty, I was able to find a recently published Gideons Bible at a used bookstore. It is pictured above.  Below is a photo of the copyright information printed inside this Bible. 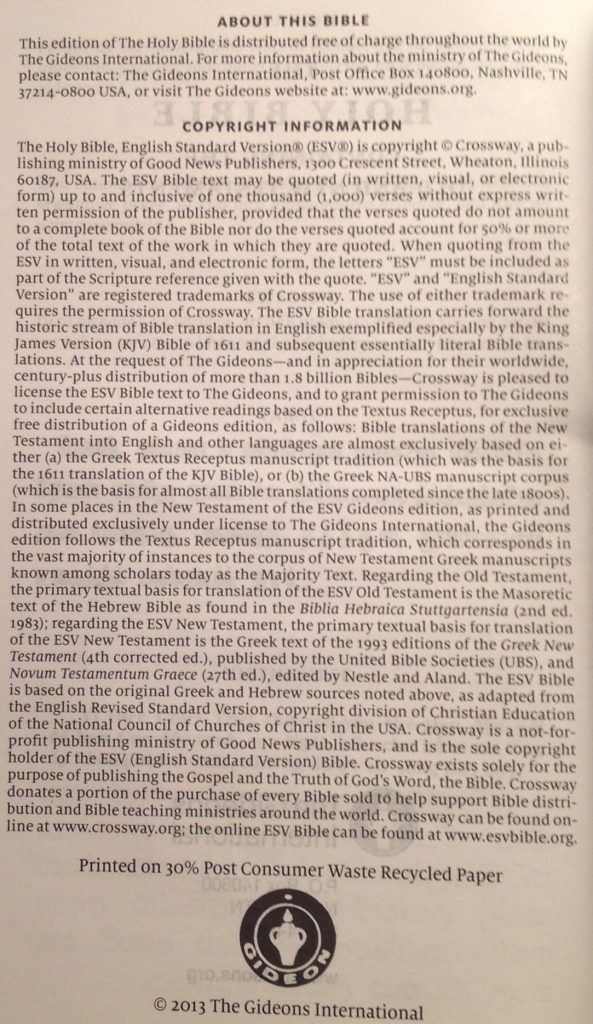 The Gideon’s new ESV translation is a unique edition produced with permission from Crossway Publishing. It includes over 50 alternate readings consistent with the Textus Receptus, the Greek text that formed the basis of the translations for the King James Bible.

The Gideons don’t like to make a fuss. Hawkins says they “quietly go about their business” of witnessing to non-believers. But the translation change has been a long time coming, and represents a significant move for the long-running organisation.

“I think it’s a generational change. We’ll be with the ESV for a long time. It’s proving to be a wise decision and it’s opening many doors for our ministry,” Hawkins told Eternity.

It does appear that the Gideons have gone quietly about the business of changing from the NKJV to the ESV because there isn't much information on the internet about it.  We are, however, glad to know about this change albeit three years after it was made.