“In order to escape accountability for his crimes, the perpetrator does everything in his power to promote forgetting. If secrecy fails, the perpetrator attacks the credibility of his victim. If he cannot silence her absolutely, he tries to make sure no one listens.” ― Judith Lewis Herman, Trauma and Recovery: The Aftermath of Violence – From Domestic Abuse to Political Terror link 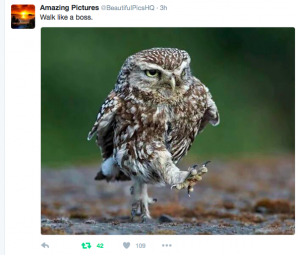 Note: I do not want to get into a discussion as to who is the better/worse candidate. I trust all of you to think carefully and make the best decision you can in this trying political year and you certainly do not need anyone's advice on how to do so. However, we will allow discussion which is centered on sexual abuse, assault, etc. so long as you stick to the truth as best as you know it.

Last night, at 10:30, having no Internet or TV, I was sound asleep. Suddenly, the TV in my bedroom turned on, with the volume on maximum. I nearly landed on the floor. My son yelled "I guess you've figured it out, but the internet and TV are working now!!"

Today, I was referred to a post by Joe Carter at The Gospel Coalition and you could have picked me off the floor with this one. It seems that Joe Carter is suddenly concerned about sexual assault.

Why is that strange? Joe Carter is an ardent defender of CJ Mahaney and does not believe the victims of the SGM sex abuse scandal. He is so rabid about his position that he attacked me on Twitter a couple of years ago. The discussion on his part was so ridiculous that I had to put an end to the discussion. The Christian Post picked up the Twitter exchange as well as providing a history of the undiminished support that TGC and T4G have given Mahaney.

Joe Carter and his accusations directed at me.

The Christian Post wrote The Gospel Coalition, Christian Bloggers Spar Over Sovereign Grace Ministry, CJ. Mahaney on Twitter. When the Twitter exchange began, I was excited. I though that if I was super nice and offered Joe Carter a chance to meet with the victims, he would respond in a like manner. However, that was not to be. After this exchange, I was blocked from following Carter's twitter feed even though he was the one who made the accusations which included:

He would not respond to me when I asked him if he would like to meet with some SGM victims. I then attempted to defend myself, to no avail.

"Slander/defamation is well defined as deliberately telling a lie in order to hurt another. I have never knowingly told a lie at TWW & have never said anything to deliberately hurt another. When I have been confronted with an obvious mistake, I have apologized and corrected it," continued Parsons on Twitter.

I assume that Joe Carter continues to be a major defender of CJ Mahaneysince he has never said otherwise. However, Mahaneys church is no longer listed in the TGC directory. I would love to know if CJ Mahaney ever gave him any money for his ministry at TGC or church since I know that CJ Mahaney was quite generous with his friends, including Al Mohler/SBTS, Mark Dever/CHBC, Wayne Grudem, and even Thabiti Anyabwile's church.

I have come to the conclusion that The Gospel™ Coalition is quite concerned about sexual assault, etc. so long as it does not involve one of their friends. They never appear to speak out issues within their Calvinista churches but Jerry Sandusky and Donald Trump are worthy of scorn. To me, this is hypocrisy at its worst. As our readers' know, we are against sex abuse within and without Christendom.

Recently, he wrote Why Are So Many Evangelicals Condoning Sexual Assault?.

1. He believes that Christians must hold a sexual assailant accountable, even if he has not been tried in a court of law.

Understand what I am saying here. It is this exact argument that Joe Carter used to defend his good buddy, CJ Mahaney. He was not found guilty (or not guilty to ) in a court of law. But now, since it isn't his buddy, all bets are off. Not only that, by Joe Carter loves John Piper who has said that women should endure abuse for a season. But Carter wrote no treatise on the appalling numbers of Christians, himself included, who are fanboys of a man who would suggest such a thing.

These evangelicals are sending the message that to avoid a negative outcome, we must sometimes refuse to hold an assailant accountable. Using this same reasoning, a husband would be justified in telling his wife she must endure her boss’s groping since “she needs the job,” and a teenage girl may reasonably assume she has a moral obligation to allow her mom’s boyfriend to molest her since they can’t pay the rent without him. The evangelical enablers may reject the idea that this is what they are condoning, but it’s the signal they are sending to America by their actions. After all, if avoiding a negative outcome is reason enough at the national level to justify vindicating sexual assault and harrassment, how much more would it be applicable at the level of the individual?

2. He appears to draw an unreasonable parallel between Peter Singer and those who would support a candidate. Then claims he is suggesting no such thing. So why mention Singer, of all people?

While you may have never heard of Peter Singer, you live in an era influenced by his work. Singer is a bioethicist from Princeton University who has spent a lifetime justifying the unjustifiable. He is the founding father of the animal liberation movement, and he advocates ending “the present speciesist bias against taking seriously the interests of nonhuman animals.” He is also a defender of killing the aged (if they have dementia), newborns (for almost any reason until age 2), necrophilia (assuming it’s consensual), and bestiality (also assuming it’s consensual). Until recently Singer was one of the most prominent advocates of preference utilitarianism, an approach to ethics that entails promoting and justifying actions as legitimate and ethical if they fulfill the preferences of the people involved.

I happen to know people who might support one of the candidates to whom I think he is referring. Seriously? I wonder how Joe would have responded if I told him that supporting a ministry with so many complaints of child sex abuse is like supporting child soldiers in Rwanda?

3. Carter says that women could not trust a pastor to sympathize with her story of abuse if said pastor supports the *wrong* candidate.

Once again, the blatant hypocrisy abounds in this statement. Joe Carter, Al Mohler, Ligon Duncan, Thabiti Anyabwile, Justin Taylor, and on and on have not only supported Mahaney and his ministry which has been credibly accused of the cover up of child sex abuse but have featured him at their conferences, joked about the Google presence of Mahaney, and have refused to meet with the SGM victims.

The implications of such reasoning are horrifying. How can any young college student trust she will be safe on campus when the staff, administrators, or even the university president shrugs away admissions of sexual assault by saying “We’re all sinners”? How can any woman trust a pastor will sympathize with her story of abuse when he is willing to allow powerful men to get away with similar acts? And how can anyone consider them knowledgeable about faithful Christian living when they have a lower standard of behavior and accountability than many modern pagans do?

How anyone can read this post and not think about Joe Carter's unfailing support of CJ Mahaney is beyond me although I suspect that Carter did not allow any comments on Mahaney. Why don't  a couple of you try to mention Mahaney in his comment section to see if he will let it stand?

Where do I stand?

1. What Donald Trump has said is despicable and it makes me sick to my stomach.
2. What Bill Clinton has done with women is unconscionable.

One of them will be running around the White House in the next 4 years. Dee commences to banging her head on the table.