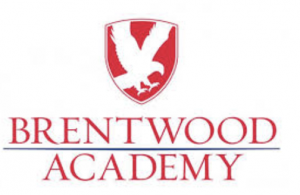 Update 01/25/18 (if anyone wishes to send us further updates, please do so via email. We are happy to update any article.)

“Based on the recent events, we do not feel comfortable commenting,” said Justin Gilbert, an attorney for the Does.

The Tennessee Court of Appeals denied a petition seeking to reverse a Williamson County judge’s order to dismiss a high-profile sexual assault lawsuit against a prestigious private school.

Instead, the higher court last week instructed a mother and son suing Brentwood Academy to appeal the lower court’s decision.

WARNING: This post contains graphic sexual language, which may be triggering to some of our readers.

Last Friday Brentwood Academy, an elite private Christian school near Nashville, Tennessee, was named in a multi-million dollar lawsuit. The suit alleges that during the 2014-15 school year a sixth grade boy who attended the school was sexually assaulted and/or raped at least four times by eighth graders in the school locker room.

The lawsuit claims one of the students accused in the abuse also bragged about it to the basketball team, and other students witnessed at least one incident.

Jane Doe [the mother of the 6th grader] claims that during each of the alleged incidents, the boys were left unsupervised at either after-game parties or inside the locker room.

Here is how the local television station (News Channel 5) broke the news of the lawsuit.

Other media outlets have covered this story including Fox 17 (a local network) and The Tennessean (the area newspaper).

An article in The Independent provides a link to the Complaint, which was filed in Williamson County Circuit Court on August 4, 2017.  (Warning: This court document contains graphic sexual language.)

In response to these accusations, the Headmaster of Brentwood Academy, Curtis G. Masters, is speaking out. The Tennessean published a follow-up article entitled In strong rebuke, Brentwood Academy headmaster denies school failed to respond to rape.

According to this article:

Brentwood Academy headmaster Curt Masters in his statement Thursday morning did not refute the specific claims, saying they would be addressed in a formal legal reply filed in the near future.

But he denied anyone at the school ever heard an “allegation of rape” in 2015. The attacks were alleged in a $30 million lawsuit filed in Williamson County last week by a student and his mother.

“At no point before or during the investigation in 2015 did I (or anyone on our staff to my knowledge) hear any allegation of rape,” Masters said in the statement, emailed by a school representative Thursday morning.

“When we heard of inappropriate activity, we responded immediately and thoroughly, cooperated fully with the authorities, and took appropriate disciplinary action based on what we knew.  Certain allegations in the lawsuit and highlighted in the media are not factual, will be disputed, and our defense will be vigorous.”

With regard to the phrases “turn the other cheek” and “everything in God’s kingdom happens for a reason“, Masters claims that “certain statements attributed to me are simply not true.” Interestingly, he did not specify which statements.

The Tennessean article conclused with this statement:

“This is a developing story”.

Rest assured, we will be following this story very closely… Please join with us in praying that the truth will be revealed.

In the meantime, here is a video telling a little bit about Brentwood Academy, which I found on the school website.