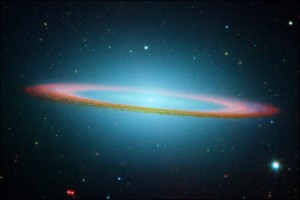 Old John J (his preferred moniker) has sent us another intriguing post. Old John J, now retired, received a Ph.D. in experimental physics from Duke in 1967 and made computer science his career. He has written a number of well received and much discussed posts on creationism for TWW. We are thankful for his input. He always challenges me think differently.

In this post, he discusses the complexities of language and how that causes confusion for us as we look at the Biblical narrative. I found his presentation fascinating, especially when he explains computer languages. I think this post will provide for much discussion over the weekend.

Next week we will be presenting some stories from Calvary Temple Survivors. As I have been hinting, we are also sitting on a deeply upsetting story coming out of a well known mega church. It will tie into TWW's concerns about church membership agreements, as well as many other topics that we have discussed here. We expect the story to be ready for revelation within the next 10 days or so.

Translation and interpretation are difficult

A recurring source of comments following TWW articles concerns problems with the apparent different meanings of the same Bible passage as rendered in various translations and interpretations. The Lord gave us the Bible as our best way to learn of Him. A needed caution is that every reading, including translation of any passage, is an interpretation.

Literalism is only one of many hermeneutics. Translation and interpretation are difficult as the original recipients share very little in the way of language, culture and scientific knowledge with us. From the attributes of God contained in the Bible we consider God to be all-knowing past, present and future and the Biblical intent is to convey such knowledge of God.

God intended the Bible to meaningful throughout time, culture and discoveries in science.

I am confident that He phrased these accounts in a way that would be meaningful throughout the time that He knew we would be reading the Bible without contradicting the study of the universe God created that we call science. A particularly contentious group of passages are in Gen 1.1 – 11.9 that in too many Christian traditions are interpreted literally. I believe the best way to approach these stories is as parables, stories that are intended to be interpreted in any culture and language to convey important truths about God and His intentions for us, not as commentary on current science and technology or as history.

The creation narratives in early Genesis have been extensively discussed in nearly 50 posts and subsequent comments here on TWW and can be found under the "Creationism" entry found in the "Select Category" menu. As I have stated many times in these discussions I am an advocate for interpreting the creation accounts as parables, not as literal statements that supersede and contradict present science.

Consider the last of these parables, the Tower of Babel, Genesis 11:1-9 NIV:

"Now the whole world had one language and a common speech. 2 As people moved eastward, they found a plain in Shinar and settled there. 3 They said to each other, Come, let’s make bricks and bake them thoroughly. They used brick instead of stone, and tar for mortar.

4 Then they said, Come, let us build ourselves a city, with a tower that reaches to the heavens, so that we may make a name for ourselves; otherwise we will be scattered over the face of the whole earth. 5 But the Lord came down to see the city and the tower the people were building. 6 The Lord said, 'If as one people speaking the same language they have begun to do this, then nothing they plan to do will be impossible for them.

Computer programming languages give us a picture

First, a digression to some personal history. During my education and career I have spent a large amount of my time working with a class of languages that have a very special property: a document written in one of these languages can be translated into another language of the same class without altering the meaning (semantics) of the document.

This very important class encompasses computer programming languages. All documents (descriptions a of a particular set of computations, that is programs) in these languages are translated at least once. The most common translation is to the set of instructions provided by the particular type of processor used in the system. Obviously, we would not have the internet and all the other software we regularly use if the behavior (meaning, semantics) of a program changed when it was translated into the instructions for different types of computers. Let me emphasize this. A document in one programming language can be (and must be) translated into another one without change of meaning.

Even so, such translations are seldom idiomatic in the target language and extracting the underlying algorithms may be difficult. The requirement that such exact translation can be done results in languages that are very limited in their syntax and semantics, thus expressiveness, compared to natural languages. As a college level instructor of introductory programming courses, I have seen the difficulties that rigid programming language syntax and semantics cause many students.

Natural language, of course, is what we use to communicate with each other. It is also the subject of the quoted Genesis passage. Its domain encompasses all of our culture and knowledge, includes ambiguity, provides for poetry, humor and other creative language uses. Learning and processing natural language appears to be an innate human ability.

My long exposure to the necessary literalness of programming languages has caused me occasional problems with natural English. On more than one occasion I have made a comment, "Y", here at TWW and had another individual reply saying didn't I really mean "X?" After reviewing my comment, I realized that "X" was indeed a reasonable alternate interpretation to "Y" and I offered an appropriate clarification. I've often thought that I might have benefited from an English as a Second Language course!

This is by no means an adequate description of natural language but strongly suggests caution when interpreting scripture. Translator motives and intent must be added to the list of topics influencing translation. As always, Wikipedia has appropriate articles on "natural language" and "programming language" that provide more detail. (Dee was going to link to some of these and was startle at how many there are. Google *Wikipedia and Natural Language* and see how many there are!)

The account of Pentecost, Acts 2, particularly 2:6-8, describes an unexpected and confusing miracle to those present related to language translation. Everyone present heard the discussion and presumably Peter's sermon in their own language. Given the number of baptisms reported, the message in each language was exceedingly convicting.

Current understanding of natural languages and ancient Gen 11:7 are in accord. A completely accurate translation between two natural languages is not possible in principle. Equivalently, and in accord with the creation narratives, a literal reading of the Tower of Babel passage in any current translation is inappropriate.

Culture, language and science add to the difficulties in understanding the original meanings.

Given the vast differences in culture, language and scientific understanding between Biblical OT and current times it is not surprising that discerning the original meaning of the text can be difficult. Sadly, it is comparatively easy to inadvertently or purposely alter the meaning of a passage during translation. Not being fluent in the original languages leaves the most satisfactory approach for the rest of us the use of multiple, parallel translations and trusting the Holy Spirit. This also suggests that individuals or groups dogmatically insisting that a particular Bible translation is the only suitable one may have motives beyond simply comprehending what has been handed down to us.

Goal:  to make you all laugh this weekend.  This video is dedicated to Mirele who often compares some toxic evangelical churches to Scientology. Thanks to Zac Hoag who posted this on his blog. I'm glad to see he is back blogging.